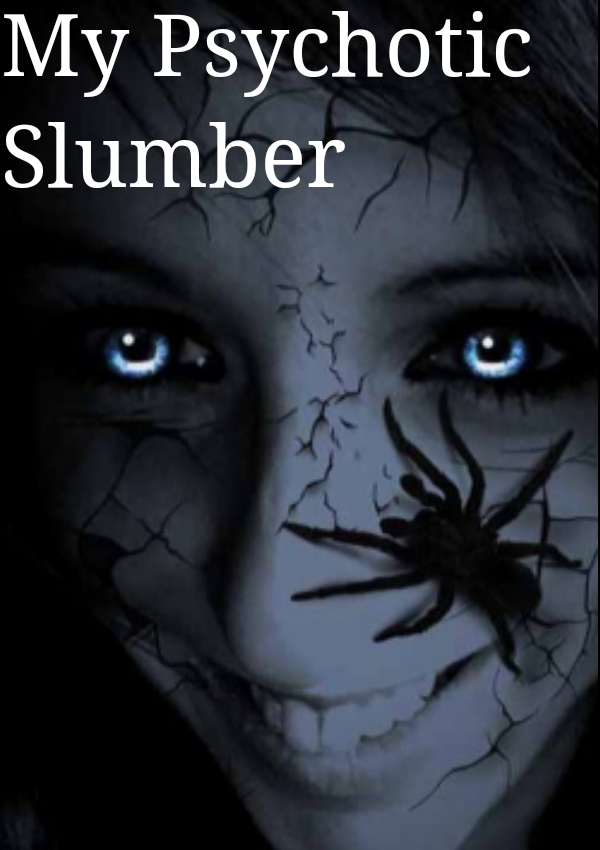 Psychosis is an impairment of thoughts, detachment with reality, possible auditorial and visual hallucinations and delusions. I have suffered psychosis on many occasions. I will be talking about my experiences of psychosis bearing in mind the symptoms I have just described.

In terms of visual hallucinations, before my first hospitalisation, I had undetected mania and psychosis. On this occasion, I was terrified of what I saw. The doors in my house were all being slammed shut in front of me with no wind when I was on my own. The pictures on my walls were shaking and my jewellery that was hanging up was clattering. I was so terrified that I went up to my bedroom with my dog and tied a belt around my neck until my eyes were blood shot and it resulted in a nose bleed. I spent the rest of the night rocking back and forth cuddling my dog screaming until daylight came. On a different level, as a child I used to see a little girl wearing an old fashioned long white night dress with long blonde hair. This did not scare me and I never told anyone about this before.

One major episode of visual hallucinations was during a psychosis when I was with my late partner at home. I had been seeing things all day long and did not tell him what was going on as it felt normal to me at the time, so, even though my experience should have been terrifying, I was not afraid. The wallpaper was contorting, the roof became the waves of the sea meeting the walls as the sand. My curtains were on fire and there were rats everywhere. Every time I went to the bathroom the mirror in front of the toilet should have reflected tiles, however, there was a different reflection each time I went in. It would reflect a door, portal or window where I could see people talking outside the window and on one occasion I saw a dark shadow man in the reflection. I believed the room with the toilet where I had these hallucinations was the devil’s portal as it was on the left walking up the hall, whereas the shower room which I seen fairies in was God’s portal as it was on the right. I will elaborate on my delusions shortly. My partner's eyes were completely black and slanted like the eyes of the devil. He realised there was something wrong when we went to bed and I started trying to lift all the ribbons on the bed and catch the butterfly’s in the air. It was not long before I was admitted to the psychiatric ward again.

A final example of visual hallucinations was in hospital where I woke up to rats all around my bed. When I got up and went into the allocated garden, there were spiders crawling everywhere and everyone had black eyes like the devil.

In terms of auditorial hallucinations, for me, they were not always voices. By this I mean they often correlated with visual hallucinations, for example, the sound of rats, the sound of flames, the sound of the sea and so on. In terms of hearing voices, I will give a couple of examples. During one occasion, I was lying in bed passively listening to the radio. The female reporter was talking about the war in Iraq. I then realised that I did not have a radio, the TV was off and there was nobody else in the house. I then saw the shadow of a huge bird flying over my bed. I was hospitalised shortly after this.

In hospital, I have experienced voices giving me conflicting information on what I should do. One particularly terrible experience of hearing voices while I was in hospital was when a girl asked me to call the doctor for her because she had slit her wrists. The doctor, who was female, told me that putting knives through the palms of her hands would help her, similar to the stigmata. Religious themes are particularly recurrent through mania and psychosis in my case.

In terms of a cross over between hearing voices and visual hallucinations, I have two examples long before I was ever hospitalised, medicated or diagnosed. On one occasion, I was in the local bar for one pint of larger with my best friend. We only stayed there for about 45 minutes for one drink. A previous colleague of mine came over and whispered in my right ear that myself and my step-brother were invited to a party in her house. My friend never left my side the whole time we were there. When I told my friend about the invite a little while later, she told me that this had not happened. But to this day I have a clear memory of it occurring, even though it did not make complete sense as my step-brother was not in the bar. Another example was not long after my son was born and long before my daughter was born. I was sitting on my bed on my own and the baby monitor lit up with a crying child screaming ‘’mama’’. The baby monitor was off at the wall and my son was in bed with me. I was absolutely terrified.

I will mention here about my extreme vivid and lucid dreams as I believe that they fit into both the category of hallucinations and delusions. They also followed the religious theme that was common with mania and psychosis. My dreams were always so lucid that I believed that I was astrally projecting to different realms which I believed were heaven, hell, purgatory and parallel universes. Each time I was dreaming the theme was based around helping someone in need. This correlates with my delusions which I will talk about shortly. It was as if I was in a video game in the sense that I did not choose the scene or anybody who was there but had control over all my actions while I was there. I believed God chose where I went. All my senses went with me, especially physical pain. I became so good at these lucid dreams that I could get up, have a cup of tea in the hospital, and go back to sleep to the exact same place I was before I got up. At one point the dreams became so real that I had to keep a diary so I knew when I was in this reality. In this sense, it was not ‘I think therefore I am’ (Descartes) but instead I record therefore I am.

My heavily religious delusions resulted in a severe detachment with reality. I will mention that I was premature and had to be resuscitated when I was born. I believed that God’s plan was to take me back to heaven as one of his angels. However, due to the doctor’s involvement in saving my life I believed that God had to adjust his plan so that I was a prophet on earth with my sole purpose to help others and this was why I suffered so much in my life. I believed that I was not born from a family but came from the sea as I have had recurrent dreams of drowning, so I attributed this to dying in a previous life. I also believed I was an indigo child. I believed that I could read other people’s thoughts, and the fact that I was always close did not help. On one occasion, I was arrested under the mental health act for running around in a storm looking for a priest for an exorcism with five suicide letters in my handbag. I believed I was followed by a demon from the age of 17 which is when I started having nightmarish lucid dreams. I believed that I was weakened to the power of the demons control over me when I was depressed. I believed the demon was attacking me by orders from the devil as I was so special to God. I wore three sets of rosary beads for a prolonged period of time as protection from my demon. I even bought The Lesser Key of Solomon to try to work out the name of the demon that was following me. At one point, I believed I would get pregnant and give birth to the son of God. I believed my daughter was born to bring world peace and that my son was a prophet just like me as he was exhibiting signs of autism. I had an obsession with the number three. I kept waking every night for several months at 3.33am on the dot each night. I believed this was the devils hour and this is why I was waking. I remember saying to a psychiatric nurse during one hospitalisation that ‘you can stabilise my mood but you cannot change my beliefs’. I was wrong. To me I was special and different since I was born, but in all honesty, I am different which I accept and I am not ashamed.

In terms of impairment of thoughts, I have exhibited symptoms of schizophrenia. During one hospitalisation, I told the doctor that the thoughts in my head were not mine but had been put there by the demon that was following me. On the opposite side of the coin I have had several admittances to accident and emergency where I was nearly catatonic and it felt as if all the thoughts had been removed from my head. During one episode, it felt like I had been paralysed in my bed and could not move as all these pictures of old cobbled streets came flashing into my head. I kept asking for the key. I was completely out of touch with reality. Similarly, on another occasion, I was lying in bed and felt like I was rapidly getting very small and moving further away from everything around me. During this experience, I lost an hour of time. I do not understand what happened to me in this instance.

Delusions can be easier to live with than real life when you have been through a lot of trauma in life. In this sense ignorance is truly bliss. I used to be afraid of vivid nightmares and severe paranormal hallucinations. However, now that I have been through so much and suffered with psychosis on so many occasions that nothing scares me today. I cannot live in fear as this would result in no quality of life at all. I still hear voices today if severely sleep deprived and on very rare occasions will visually hallucinate. But I live each day with whatever may come my way, and I am happy, and for me that is the most important thing.