Someone once said to me that the word love is nothing but just a word that went to DPS.

Well I mean it's nothing but hyped.

But I couldn’t agree with the person at that point in time, well I don’t know if it’s exaggerated or not, all I know is that it isn't enough. Maybe if it was hyped or exaggerated, it would have been enough,

You see I am no one to tell what love is and what it isn't, but when someone asked me, what love to you means, I stood there thinking and all I could think of was the fact that it isn't enough.

On days I see mom crying, not because of a stupid child she has but because she misses her dad a lot, my nanu. She says that she never really imagined her life without him, She says he was the one with whom she could talk about everything, and every time we get into some fight she ends up missing him because he was the one who taught her how to handle things perfectly. We love mom, we do but I realized the word love is merely a word when it's not enough for a person to feel it

Do you remember Jacky? Well I do, just like Jacky, there comes a dog every day at my door, he sits there silently waits for me to come out and feed him, I wake up and the first thing I do is go out and see whether he is at the door or not, I go a little close to him, try to play with him just like how I did with jacky, but he backs off, and then I keep food for him and watch him eat it behind the door, I realized love is merely a word when you can’t treat someone without comparison when you can’t treat someone the same because it doesn’t exist anymore.

At days I starve yes even now, the urge to be ‘who you are not’ always overpowered this idea of love for me. When laying down in some emergency ward no XYZ at some random hospital, the idea of someone out there exists, waiting for me to come back home did help a bit, but not really because I wasn’t out soon at any time there.

I realized love is merely a word when it doesn’t protect you when you aren’t safe being in it.

All the memories, moments of childhood, of being together playing with each other, protecting each other, fighting with each other, just everything in the name of love gets down to one thing called adulting. I realized love is merely a word when you stop talking about that someone from your childhood with whom you made plans to grow up.

I realized it's merely a word when people don’t mean it, and even when they mean it, their actions don’t.

All I know is, it isn’t enough.

Love isn’t enough and if it was these posts wouldn’t have been so short and wouldn’t look like some random piece of rant.

To not so enough love. 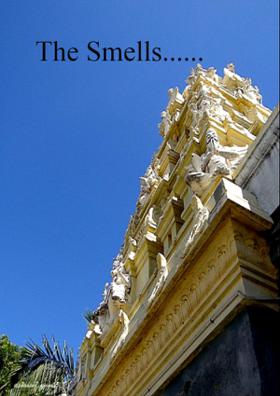