The evidence was clear,

Yet the Justice not been served

How can the country justify this act

Which is endangering the trust of women's in law

And questioning the sense of justice to judicial System.

To issue the verdict against convict

What was there to think and review this case

It was clear crime committed by them in their full consciousness

How there is a chance for them to plead.

And why they are allowed to plead

Even After Seven long years,

How the System has still not hanged them

Why these human rights, Constitution rights and duties

Are waking up to plead for them

Where were they when an innocent 23 year old girl,

Was brutally rapeed and murdered.

Does she not deserve the humanity,

Or Does not have any human rights to live

Who gives them the right to take her life so brutally

Does these convicts still deserve any humanity,

After committing such a heinous crime.

It took seven long years for the justice to be served,

Why there is still delay in hanging them to death

My Countrymen, If this is state of justice when the evidence is clear

Yet the justice has not been served immediately.

How can a girl ever be able to trust this System to grant her a security and peace,

If this continues, there will be one day when girl child ceases to exist,

Can this world still live without the existence of women

Can this world still be run if there are no women who can give birth to new generation.

Knowing this, still A women's life is not valued.

Today Finally Justice is served but the victim is no more to see that her sacrifice was worth it.

But even though One Nirbhaya gets justice,

Is the world a safe place to live for women

Who has to wait so long after her death to get justice.

Today, I on behalf of the world, wish her a peaceful afterlife.

May this Justice serve her a peaceful afterlife.

Today hereby, I request and plead the Government,

To appeal for fast-track justice to be served if there is clear evidence of crime,

So that no one can ever dare to break laws.

Laws are meant to protect the innocent and punish the guilty,

Today I hereby wish that May this incident bring a light to delayed justice,

And ensure that faith of citizens in law remain intact End Of The Lane I Hate My Society Being An Indian Superhero 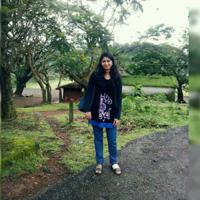 The Onion In Us Simple But Not Easy Place Of My Own