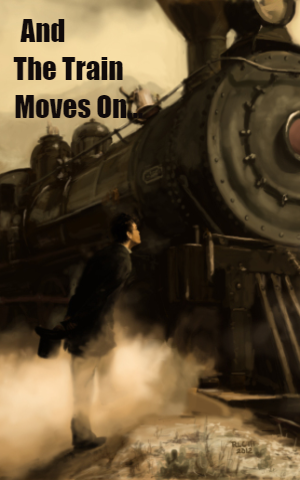 And The Train Moves On...

And The Train Moves On...

As she was growing up, the train was moving forward from station to station. She even made some friends in her compartment. She was having a lovely time with her family. Her grandfather often told her stories of his life. Her grandmother taught her various exciting things. And she enjoyed being in their company so much.

One day the train stopped at a station. And her grandparents got off of the train. It was their destination. Tamanna was very sad at their departure. She cried and cried and cried. She wished they would come back again at some other station. But they never did. And she had to live with their memories.

She was an adult now and she had to move to other nearby compartments to pursue her career. She however often came to visit her parents in their home compartment.

As she was getting busy in her new life, she found her love and got married. Together they settled in a different compartment. She was enjoying her new life.

And she wondered, “Where do these people go? And why do they never come back?”

She was now the mother of a boy. And she got busy in raising her child. Life was pretty good.

Then one day train stopped again at a station. And this time it was her mother who got off. It was the most painful experience for Tamanna. She missed her mother badly. But there was nothing she could do. And she knew that one day she too has to get off at her station. After a couple of stations, her father too got off at one of the stations, leaving her all alone.

She wondered, “Whether her dad would meet her mom there? Whether they would meet her grandparents as well? And would I be meeting any of them when I get off?”

She even wondered, “What if they all board different trains after getting off from this? And if so, then where do those other trains take them?

She had no answer to any of these questions. Nobody did. There were only theories and guessing.

She spent quite a lovely time with her husband and her son. Her son was now a grown-up man and he had settled in some other distant compartment with his wife.

Eventually, she got old. And one day the train stopped at another station once again. She knew that it was now her time to get off. And so she got off… And the train moved on…