With the advancement in science and technology, the mind-set of entertainment and adventure has taken a new shape for the modern generation. To satisfy this mind-set, several start-up organizations evolved which offers an ‘upward’ tour to the space or universe to make you feel that ‘zero gravity’ experience at an attractive but expensive price package.

This comic story is a fiction and it belongs to a group of seven friends among them four are male and three are female...the gender ratio is yet unbalanced. Grown in a rich family background. they are the first from earth to enjoy this commercial space tour. While enjoying and celebrating their graduation ceremony, the group decided to go on a trip to ‘The Moon’ to experience the ‘zero gravity’.

The tickets or passes has been booked through the space trip booking mobile app and the gang is excited enough to fly high as the journey day is getting closer and closer. The boys wanted to capture every exciting moment in their journey to space, hence purchased high definition cameras and gadgets, where as the girls wanted to live that moment and mark it as a milestone in their life and purchased flags, pink ribbons printed with their names etc.

And why not, ofcourse going to the space and feeling zero gravity is a lifetime experience for anyone. The trip is of seven days and the long awaited space journey day is finally here, The space vehicle (PSLV - Polar Satellite Launch Vehicle) is ready to launch and penetrate through the sky.

The journey started on time and apart from seven people, the vehicle carried five crew members - Pilot, Co-pilot, Captain and two security guards. For the group, the journey is filled with fun, giggles and music like any road trip !

After a one-day travel, the vehicle landed in the shiny planet...‘The Moon’. The Moon is the second-brightest regularly visible celestial object in Earth's sky. The group’s dream became true now, all that childhood thoughts of flying in the sky is no longer an imagination now. As they started floating in the zero gravity scenario, they captured so called ‘selfies’ and videos of phenomenal locations.

The seven days journey just went away in a blink of eye for them and its time to return back to the ‘Blue planet’.

The gang returned back from an awesome journey which they will remember forever. They became famous and their videos and pictures captured in The Shiny planet became viral in the internet social media sites as they were the first ones from earth who were on journey to space via commercial trip. The gang posted their phenomenal pictures in an online blog to show it to the world...but what a strange....with every picture... they pasted a caption that read as…

Many viewers understood it as a joke, while some interpreted it as a religious and sentimental disrespect. Many other people, journalists questioned and argued about it. But the group of seven people did not responded back to them citing any reason for the strange caption they pasted with their every picture circulated over the internet.

It has been a quite long time and the group wants to repeat the trip experience by visiting the red planet this time…’The Mars’.

After a long waiting period and pre-booking for the trip to ‘Mars’, the space vehicle flew again carrying the same set of people with same enthusiasm as well !

After two days of journey the space vehicle landed in the red planet….but this time there was an unexpected surprise...the captain announced that the oxygen tank used by the five crew members has stopped working and they have to rely on the master oxygen tank which is fitted inside the space vehicle. The captain decided that the crew will wait inside the vehicle whereas the rest of the seven passenger can use their individual oxygen tanks to enjoy the trip outside and then return back to the vehicle within a specified time because the oxygen supply is limited now.

The gang got excited and moved out of the vehicle, went very far...and realised that the oxygen tank has started malfunctioning for four boys among them. The situation is critical and they all have to return back to the space vehicle within the timeline stated by the captain. While returning back they lost their path several times and the three female friends somehow managed to drag all of them back to the landing zone. By this time the three female friends realised that they are running low in their oxygen tank....and the unexpected situation is that they all have to rely on the single master oxygen tank fitted inside the space vehicle.

Travelling back to the blue planet is reasonably time taking which is of two days. The captain without wasting time warned everyone to fasten their seat belts and launched the vehicle with full throttle to reach faster before the master oxygen tank could die.

Of course it was a tough and surviving space journey for the group but they returned back safely to earth and... again they will never forget this journey forever! The world started questioning about their journey as the gang could not click any selfies of the red planet this time due to the emergency situation. The electronic media wanted a reason behind it and asked the group to publically explain about their journey. The group shared their painful survival in social media in a five page written document and mentioned every detail that how they experienced near death and survived...while floating in zero gravity !

Many viewers understood it as a joke, while some interpreted it as a religious and sentimental disrespect. Many other people, journalists questioned and argued about it….also re-posted their survival story with a strange caption that read as…”This time they saw God up there haha”!

Since you have read the story this far… I leave the decision up to you to whether God was up there with them or not. But the moral of the story is that situations in life may not be comfortable every-time time. The God is inside you... it's called experience. Believe in yourself and the God will always be with you. And yes the gang of seven people will definitely remember their experience about the red planet !!! It’s Time To Get Overchar... My Life- A Bedtime Story 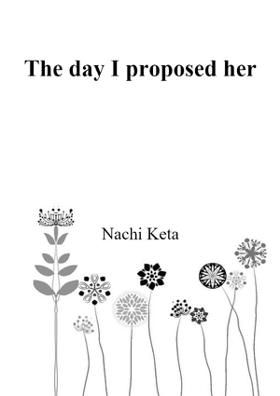 The Day I Proposed To Her A Resolve To Get Cheated The Story Of today’s Suda... The House With No Address