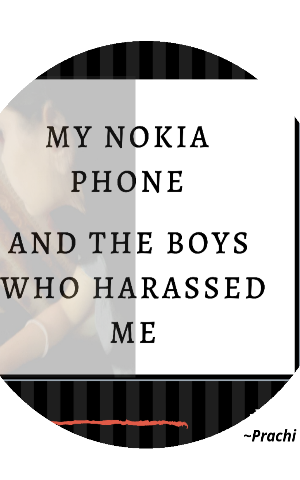 Once upon a time, during summers.

When I was in 8th class. I was returning from my computer classes at around 7:30 PM.

My maternal grandfather gave me his old NOKIA phone to ensure my safety and to keep in touch with me when I was in 6th class. (The phone used to be my most valuable possession.)

I had that phone with me while returning from the class that day. I was wearing a dress which didn't have any pockets. So, I was carrying the phone in my hand.

When I was on my way, I was checking out my phone, out of nowhere some boys (probably younger than me in age) started asking for my number in the cheapest way possible.

I ignored it and continued moving towards my house a little faster. (I was not very bold at that time).

The next day a very shocking thing happened, my father came home at night and started beating me and broke my phone into pieces.

On asking what happened he said, "phone leke chamakti hui firti hai bahar jisse ladke chede" (she flatters her phone in public to seek attention) he further added, "T.V wale bhaiya bata rahe thy aapki beti bigad rahi hai" (Shopkeeper of the T.V shop told me that your daughter is getting spoiled).

So, the thing was some typical Indian shopkeeper who was an acquaintance told my father this thing about me and he believed him blindly.

But why didn't that uncle say anything to those boys when he witnessed those things (especially when he was so concerned about me) still remains an unsolved mystery for me. 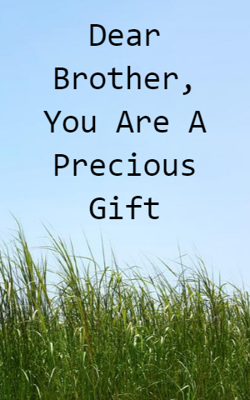 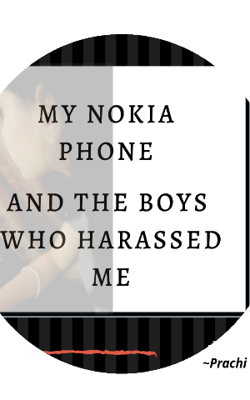