In the evening at around 8 PM Riya is sitting in her lawn with her 5 years old daughter Anusha who sat on her laps playing with her favorite teddy, asking about clouds. Who is very curious about learning things. But Riya was not interested in answering those questions even though she knows answers to those questions. She was thinking about an incident which happened a few minutes back with her husband. He taunted her for making the food not as delicious as he wanted. This is not the first time for her to listen to this, she got used to this hearing"Being as women don't you know this?", "Can't you remember at least this?".Recalling incident in her life, while tearing slowly dropping one by one from her eyes. During childhood girls and boys were sent to the same school equal competition should be given in terms of education, extra circular, co circular activities. The same follows in college, job. But when it comes to household chores, cooking, traditions, if a woman that too if a married women does not know then it is a national crime. If a man does not know how to cook for himself at least a day it is not an issue. If a man doesn't know how to wash his own clothes at least for a day it is not an issue. Even if he doesn't know a single household work it is not an issue but when a woman who studied, learned activities like him, who earn like him, who travels like him, who is like him in everything except biological say if she doesn't know is a crime. When anguish, agony in her is coming out, her tears dropping out one by one fastly she heard a voice saying "Mom!why are you crying?wt happened ?"Riya wiped off her tears brought a fake smile on her face, had a talk with her daughter by making her sleep on the shoulder, getting up from the chair which she sat. She walked on the floor for a few minutes. She noticed that her daughter slept.

Riya made Anusha sleep on the bed and started thinking again. She recalled an incident that happened when Anusha was in her womb at 5th-month pregnancy. Riya was not feeling well, she became weak because of continuous vomitings. Her husband said, "Riya say to your parents to come and take you to their home, such that you can take rest".Riya's heart shattered into pieces because she had taken immense care of him for ten days when he had a severe fever. But when she is unwell he asked her to go to parents home without even taking care of her for at least two days. She said to herself "Am I a vehicle to use when required and when I am in good condition, send to the garage when get repaired?"..Even in 21st century, it is very pathetic to have people in our homes who feel house chores, cooking, parenting, traditions are responsibilities of women-only even though they do all other activities equal to women When she was thinking all these all of a sudden there was a sound it is an alarm which buzzes every day at 5 AM. She snoozes it for 15 minutes such that she can sleep for at least 15 minutes before starting her next day with household chores. 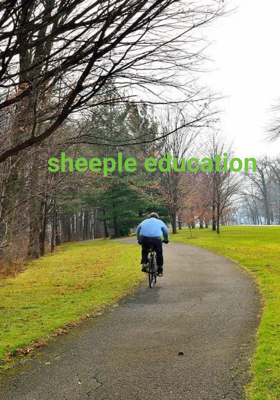