After examining the car again I decided to meet my friend Rhea in this car only. I took the ride from the car as excepted from the car as soon as I sat in that car it stopped moving. The driver said that it needs repairing and left me on the roadside. I quickly opened my umbrella as it was raining cats and dogs and started walking to my friend's house. I started running, after half an hour. I, at last, arrived at my friend's house. My friend lived on the 3rd floor. So I took a lift and met my friend, my friend was shocked to see me there as I thought that she was unlucky and left my best friend alone. Rhea got really angry from seeing me on her door. I was wet from the rain and I was looking really tired. I asked my friend to let me in. But my friend refused to let me in and also told me that she is no more my friend and also told me to remember the night when I left her and broke their friendship. I told that I am here to talk to Mrs.Rhea Canord, not my friend Rhea. Rhea got really sad and then let me in and she told me to show the words which I needed to be translated I showed her the words- Tu m'as déjà entendu, ‏mais tu m'entends encore. ‏Puis je meurs jusqu'à ce que tu m'appelles à nouveau. ‏Que suis je?''.She said it looks like it's french. Wait let me translate them. She wrote them on a piece of paper and showed to me "You've heard me before, but you still hear me. Then I die until you call me again. What am I? ''.These are the words. I looked at them and quickly started reading them again and again and after some time I iii ..solved the riddle. Echo I exclaimed the answer is an echo. I got really happy and started thinking of the caves that have echo but every cave had to echo this riddle didn't help me. When I was just about to lose my hope a photo suddenly came out of the stone. There was a number marked like numbers 1 and 2 and also it was looking like a cave but I was not able to distinguish which cave it is. Then my friend told me it's -CAVOUR THE MAGIC CAVE. Yes, it's this one only. I exclaimed with joy really! Now I can find my brother and Brownie. Yipeee!. My friend said but your brother is dead isn't it Brownie is with you only. I told her the whole story and then my friend decided to help me. I told her that my phone is out of battery and gave her to charge it. When Rhea was charging me phone suddenly she saw a folder name as Rhea and she got surprised...

What is in the folder that Rhea got surprised?

Will they find Brownie and Eliza's brother or they will get stuck into more secrets. 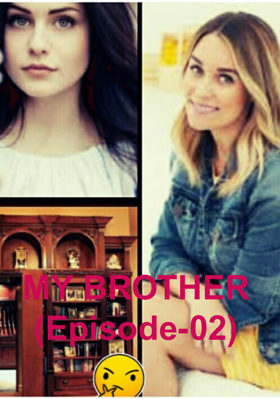 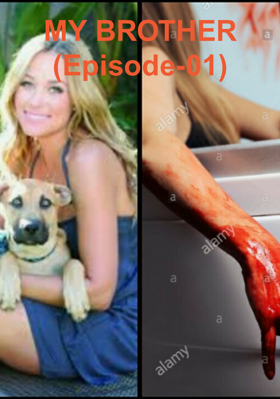