A Fable on Love

A Fable on Love

One of the many great discoveries of mankind is actually a realization. The realization that the inescapable answer to one of the most abstruse of questions is perhaps trying to seek the answer to that same question.

We live because we love.

We live because we are being loved.

Love gives a direction to our lives.

A writer loves his pen because it provides him the freedom to express himself, his ideas, and his soul. A hunter is in love with his gun because it helps him feed his family. A mother can’t live without her baby because it is a part of her. Siblings like playing around themselves. A father gives his love to his children because they would spread his name far and wide. I like ogling at the wallpapers of Jessica Alba because it helps me comprehend the meaning of beauty.

But why should someone fall for a complete stranger? Why are we ready to shed all our possessions for the happiness of someone whom we didn’t know only a few seconds ago? Why does a being not so redundant in its nascent wake suddenly becomes the most important person in our life… an obsession. The answer, I know, is love and it has not occurred to me. Yet.

Once a lion lived with a large family of his own. He was a typical lion. Long shining brown whiskers with elaborate streaks of grey made his appearance fierce to other animals in the forest. He was a king. The master of his own destiny. But one fateful day something happened and it changed his life for eternity. It changed his life to such an extent that he was no more.

I play safe. It isn’t that I don’t fancy the company of the opposite sex. In fact, I like it very much as per what is expected from a normal man. And I also know that women don’t find me unattractive. It is just I don’t like blabbering out it a lot. I have seen people getting overexcited while encountering the person of their interest. But it seldom happens to me. I am a bit reserved and very frankly, I don’t like this particular attitude of mine. It gives me a sense of security at times but yet I feel very insecure when I see couples giggling their way to glory.

One hot summer day the lion went to the pond to quench his thirst. He had just had his lunch. His brown whiskers were carmine. His plans included a nice bath in the cool water. But just when he was about to launch himself in the pond, his eyes caught sight of something… something which rendered him stupefied. Forever… A woman was bathing. A human being. The dreaded monster. Yet she was beautiful. She wasn’t wearing an animal’s skin. She was the hem of God’s creation. Glorified to the zenith. A Coruscant suave pale skin. A face that made him dumb… inebriated. He retreated back into the bushes. He was never the same again.

I am a social animal and I have a heart. I suffer from occasional ebullitions of infatuation. Many a time it has occurred. And many a time I have tried to suppress it. Many nights have gone by just thinking about the same thing. Many days have been spent trying to impress someone unsuccessfully. It happens. You ‘waste’ many hours of your life devising ingenious plans to instigate fortuitous meetings with the ones you ‘love’ and eventually see them being swayed away by one of your so-called ‘best’ friends.

You then keep quiet and try to compromise. But the thing does not go off your mind so easily. It stays there for some time… tormenting you… coercing you to detest your ‘best’ friend. Eventually, it fades away. Relinquishing some of the ‘love’ly pain. But sooner or later more beautiful musings of someone more beautiful infest your ever musing brain.

Legend has it that the lion was killed when he was about to abduct the only baby of the most graceful woman of the village. It was a hot topic, among the rustic humans, for many days. They could never devise a satisfactory theory behind the lion’s reluctance to defend himself and his imbecility to try to attack a house so deep into the village. Never. Never could they suggest that the lion was in love and he was there just to look at her, to try and comprehend what was so special about that human form which had converted him into a phantom, someone so weak, emotionally, that he was unable to fight off his inane urge.

Maybe love happens only once. True love. I can’t say how it feels. I have never fallen in love. Yet. But I would like to. Once. 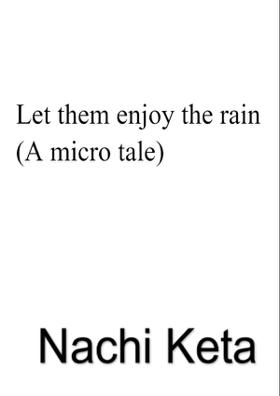