In Search Of Happiness

In Search Of Happiness

ONCE upon a time, there was a fisherman. He was economically poor. He lived in a small hut by the sea, and always wore the same pair of lungi and vest. People used to look at him with a queer mixture of disgust and sorrow. They did not hate him, but they did not love him either. They were not oblivious to him either.

His average day was very simple. He would get up with the first ray of the sun and go to the sea with his boat. Then he would catch fish until noon and after a simple lunch of fish and rice, he would take a light nap. The evening would be passed in some more fishing if he felt like it, and then he would be off to bed. Before the last ray of the sun left the earth.

He had no particular desires. He was satisfied with whatever he had. He had never read Franklin’s rule, which says that ‘Blessed is he who expects nothing, for he shall not be disappointed’. In fact, he had never read anything in his life. He was ignorant. He lived for himself, with himself, and never cared to progress in life: materialistically as well as spiritually.

He never tried to look beyond what his eyes could descry. In fact, he lived an animal’s life. He never had any tensions and used to drag on with his life with the same monotone… carefree but without any use for others. He was never sad because he was a contented soul. But he was not happy either; he did not know what happiness meant.

When he was very young, he had dreamt that one day he would be a rich man. And today, he was a respectable businessman of the town, with five bungalows and numerous cars. He had finally achieved what he had always wanted. He knew it very well… Butler’s Law of Progress, which says that ‘All progress is based on a universal innate desire on the part of every organism to live beyond its income.’ And so he was never satisfied. Even if he wanted to.

Where does ‘progress’ grow but on a thick skin of persistent dissatisfaction?

He was always ahead of others. He would start making blueprints of his next hotel even before the current one was completed. This way he gave thousands of people jobs. This way he had contributed a lot to society, the nation, and the world in general.

But there was something that worried him incessantly. He had people around him who called themselves his friends, but he had the necessary experience and intuition to know that they were with him only because of his money and power. So he was always uneasy, and couldn't trust anyone.

Even then he was consistently forced to smile in front of others. To show them that he was strong. That he was enjoying what he had. He was well adept at it. It was an art well practiced in his growing years. In fact, a kind of mask of a charming smile had got stuck on his face… which used to suffocate him incessantly.

In the interviews he would say that one should always be honest; one should always speak the truth and should work for the greater good. He was a role model for many aspiring youngsters. His meteoric rise from slums to riches was a part of the folklore. But he knew what he had lost in that tremendous gain of name and fame. His inner self would perpetually torment him for the numerous lies he had spoken, for the acts of debauchery he had committed during his so-called ascent. Even for a better cause of the greater good. He always felt, deep inside, that he was never worth a penny of what he was being showered with.

Success comes at a price and perhaps, that price was his happiness.

IN THE TOWN near the sea was his office. In the office were hundreds of small cabins. In one of those hundreds of small cabins, sat one middle-aged man. He was neither rich nor poor. He would come to the office every day early in the morning, work throughout the day, with frequent breaks of discussions on love, politics, religion, and marriage and be off to his home by 6 pm.

Then he would watch TV, talk with his wife for some time, read a book or a magazine or would do some other stuff he always did whenever he felt like doing something different.

This middle-class man was neither as rich as his boss nor as peaceful as the fisherman. He had a wife and sons and daughters and used to live ‘happily’. Or as he thought. Or rather, as he forced himself to think.

Man is a clever animal. He can make himself think in a certain way and create a virtual world around him. But even then he knows that he is fooling himself, and this knowledge of faking one’s own self badgers him continuously. Perhaps this is the so-called human condition?

There was a time when he was young and new. He also wanted to do great things. But there were too many responsibilities on him. Sisters to marry, an ailing mother, a father who never approved of his ideas. And then a wife, a house, electricity bill, telephone bill, ration card, children’s higher education, their birthday parties, their marriages. Throughout his life, he was too occupied to give a thought on happiness or on its absence.

Actually, he had always been taught that way by his parents. He was taught to believe that marrying a woman, having kids, earning for them, striving for their happiness would make him happy. He did what the world told him to do and eventually ended up doing nothing.

He would look at the fisherman and think about living a more independent life. He would look at his boss and think about living a more prosperous life. His own life had been a series of mundane events; events that depended on the events preceding them. First career, then marriage, children, their education, their career, their marriage, and then retirement. Yes, retirement… he had planned it years ago. He would write a novel when he retired, he would open up a restaurant, he would play with his grandchildren.

So, it's not that he never wanted to be happy. It's just that his happiness depended on the future which when arrived would turn into a present…

Who was the happiest of them all? 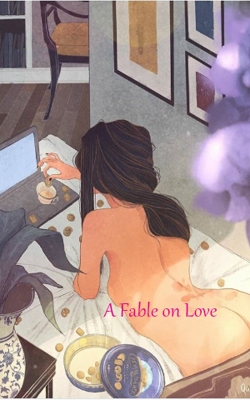