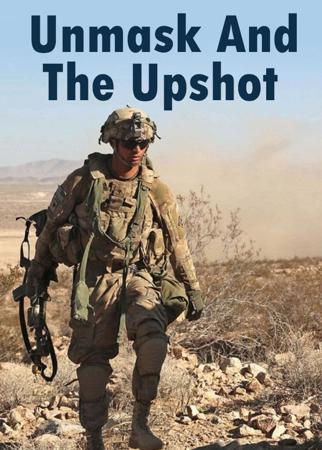 Old monuments getting destroyed made a huge loss for the historians. The government was upset by terrorism in the country. People’s life became like the bubbles on water. Every minute, one or the other life was being blown away.

Terrorism has taken the form of a monster that has no kindness and blind. The whole world is taking measures to curb it but somewhere loop holes are being created.

Finally, a global meeting was held where a team named CONCLUDER-100 was created by clubbing top 100 military troops were appointed to put a temporary full stop to this monster.

The troops represented various countries including some tribal armies who were trained with modern arms along with their intelligence in guerilla warfare.

One of the troop contained David Ross who was a leading captain. He was a specialist in sniper. He was deployed in a semi rural area which rarely contained buildings. His main objective was to kill Vaseem Athiqulla who was one of the top terrorists. His wife was also involved in terrorism.

Captain made a plan by observing that he daily comes out of his house to carry goats inside. It was a misty morning around 5.26 am that he came out to do the same. Ross who was waiting for five days aimed his sniper towards him and made his attention divert by laser gun. He took two shots which smeared his blood in his heart and head.

The whole neighbourhood was in tremor by the bullet sound. His wife fell into agony after the sound. Yards away, she saw his dead body and started to run away with her infant. Ross and his men chased her till she died due to misfire by his team mate.

The whole scene turned into a blood flood. Infant who was toddling in the bloodshed did not know even an inch about what was happening around him. He was crying continuously and no one could understand what he was feeling.

The army decided to leave him in an orphanage and provide him free education after several years. But Captain Ross did not find the right solution in it. He was continuously haunted by thinking that he was responsible for the infant to become an orphan.

At last, unable to bear the pain Ross decided to adopt the child and rear himself with his family. All the people changed the way of seeing him and started to treat with gratitude. He was deployed to Kashmir, India famous for its beauty of valleys and also rubble of terrorists.

After two decades, the whole family was fine with another adopted kid. No sooner did the dark shadow of terrorism again struck them. Three suspected terrorists were studying in the same college where the grown infant shourya Ross (meaning valor) was studying.

The suspected students were legal migrates from Afghanistan, the home of Shourya. One of the veterans in captain’s army leaked some details about Shourya for some money. The same veteran had also kept good relation with captain. He behaved as a mediator for terrorists in helping them build on army and plan for attacks.

The students who wanted Shourya to join the gang kidnapped him in a rental car and kept him tied in an old container. They continuously abused him and tortured him to leak all information’s he knew by his father’s calls and messages, gave drugs to make him physically weak.

His family dint worried about his return as he was a researcher and it wasn’t the first time he dint return. They sent a message from his phone and it became a strong evidence for his non-return.

After four days, he returned home and the students made his bag full of filling some herbs and shrubs that converted the false reason into a true one.

Truth cannot be enclosed. It should be revealed some day. Enclosing it is equal to holding hot lava in our hand, meaning it is nearly impossible. The terrorists ‘UNMASKED’ the truth about his true parents and his origin. They brainwashed him continuously and put all their effort to make him join the group to kill his ‘adopted god’ captain Ross.

Shourya was supplied by 40 cal pistol, 18 bullets and 10 lakh INR to do the job. David Ross was terrorised to see them. Hands shivering, body sweating, mind thinking about the past made him to stop everything in his life.

His son was right behind at the scene. Mouth blabbering, he asked ‘where is your life deviated?’, without wasting a second, son answered with ears and demanded captain to explain ‘why did he enclose the truth?’.

Ross only said a sentence “everything what I have done is for your welfare and to stop sin committed by your parents. I dint want to make you too a terrorist who might be killed by me…!

After hours of silence, there was an emergency meeting held with Mr.Bipin Goel; the chairman of TTT- Terrorism Termination Troop.

He addressed to the boy “Lad I know your condition. I can feel it. At this circumstance, there is no option out than to move with the flow carefully. Now you are a river flowing down the stream. If you change the direction, you cannot flow yourself. You have an option. While flowing down, take the route of underground but do not reach the sea.”

Shourya dint understand what he was speaking and interrupted him to explain simple. The answer he gave was a tremendous surprise. The answer was ‘OPERATION STARTZ 03’. The boy was ordered to be an undercover agent for the army in the terrorist group.

Mentally and physically trained with arms, the boy with the blood of terrorist and heart of a soldier pumping that blood flew all the way to Afghanistan and joined the terrorists.

All of them were extremely happy as the person who knew important information and facts of the army was them Mr.Goel handled him a satellite telephone to inform everything. After a year, he was given the charge of creating plans to attack and acquire Kashmir. He agreed and planned 13 attacks deploying every terrorist available in and around the attack area. He planned in Delhi, Rajasthan, and Mumbai among the 13.

Fifteen days before the attack, he started to give updates once in two days to ease the plan of the army. With the help of Russian army, Indian army successfully trapped majority of the terrorists. The whole operation turned into a success. Shourya faked his death, returned to Kashmir and stayed in peace.

Life as a journey is never a flower bed. Rose which is mystically beautiful even survives with thorns. Candle burns itself to give light. Life as a thing may not be comfortable. It takes our hard work to tune it. Stones only get shape when it gets hurt. If you want to reach the other side of the river, you should travel opposite and swim accordingly. Likewise life will also reach a safe side after several hurdles. The mission is to be calm, be an optimistic and think life in every direction.

Unmask And The Upshot