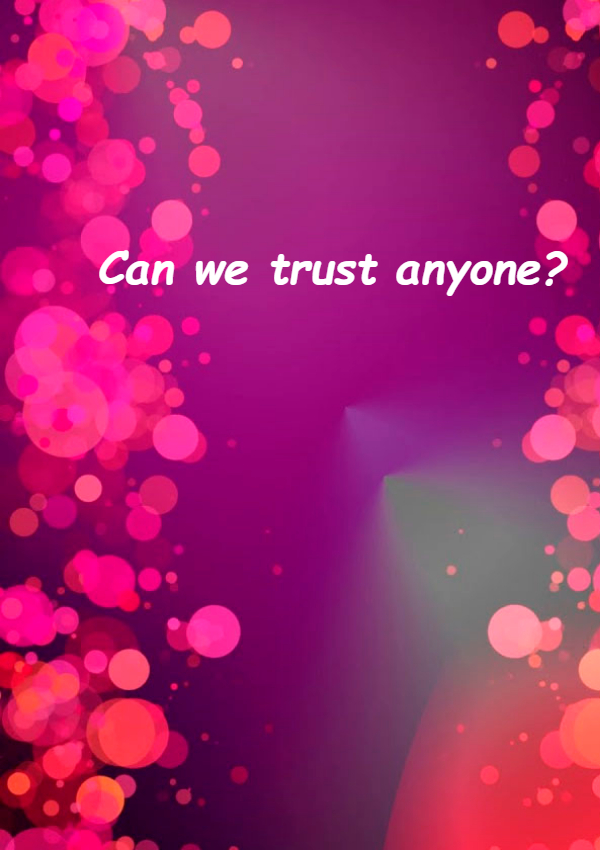 Can We Trust Anyone?

Can We Trust Anyone?

Everyday after she came back home, she wrote stories, how her day was and why she had quarrels with someone. Her diary knew it all. She wrote her heart out every day. Omi was a pampered kid who got everything she wanted but no one to listen to her. She only had her diary who listened to her silently of all her troubles and sorrows.She didn't have many friends. She always was reserved and pretended to be busy with herself. Only she knew that it was because she wasn’t in a state to trust anyone anymore. She had deserted herself from everyone. She couldn’t trust anything.

She happened to trust strangers online more than her own friends present around her. Her knew that she wouldn’t be judged for who she was because people online saw only what she wanted them to see, her happy side.

On the inside, she was terrible, frightened little girl who was lost and didn’t know who to talk to anymore. She met someone on Instagram by name Vrushali. They both connected very well because of the similar pain they shared.

Vrushali got to know that Omi wasn’t in a good state of mind and had a potential to harm herself. Omi had suicidal tendencies. Vrushali wanted to help but she didn’t know how to. She didn’t know where Omi stayed or who her relatives were so that she could warn them. For the first time, Vrushali had asked to meet. Omi hesitated at first but agreed to meet. Vrushali was excited to meet Omi after the beautiful connection they had over Instagram. Their pictures talked the same language. She wanted to know how Omi was as a person. How similar were they given that they shared similar past. They met at Kamal Kafe’ and chatted over snacks. Vrushali found Omi to be different from who she thought she was from the conversations they had on Insta. From her looks to the way she talks, everything was different about her. Vrushali chose not to disclose any doubts yet and was patient to chat with Omi again that night.

The conversation felt usual and nothing suspicious. Vrushali didn’t know what to trust anymore. She even had doubts of not having met Omi but Omi’s friend. She decided to do a video call with her immediately. She called her and she saw someone else. She wasn’t the Omi that she met at Kamal’s Kafe’. Vrushali got scared and cut the call. Later Omi texted her the entire truth. She told her how sceptical and worried she was to meet her. To not reveal her true identity she made a plan to send her friend over to meet her. Omi apologised for not trusting her but she assured that she was with her the entire time. Omi revealed that she was sitting at the table right beside her, in disguise, and how tempted she was to come talk to her, and share her feelings. Vrushali was in tears, she couldn’t take that she wasn’t trusted after all the good she wanted for Omi.

Vrushali then cut her ties with Omi because she could no longer trust of who she really was. She tried to pretend to be somebody she was not. Things rattled up between the two.

And that was a friendship that ended in doubt.

Can we trust who we meet online anymore?