virtuous Will be a Richest

virtuous Will be a Richest

7
English Story : #13671 English Story Inspirational : #1988
wealth and virtues   how to become rich   virtuous will be richest

One individual Abdul is very hungry. Then namaz has been begun, so to wash his hand and legs he went to one Lake then he has seen an apple flowing into the lake he ate that Apple and after some time he realised he ate an apple which doesn't belong to him, so he decided to apologise the owner for that apple. He saw the surrounding and found an area from where apple has been coming from he went to that place and meet the owner of the field and he explained the story what has been happened and asked the owner to absolve mistake made by him. So after listening to his words the owner decided to give the punishment of 12 years to maintain the crop field and Abdul agreed for owner’s words and decided to check over the field.

One day owner called Abdul and told that their relatives are coming over so he needs delicious fruits. Then Abdul brought fruits and gave it to the owner. Some fruits were bitter in taste and some are delicious and the owner inquired Abdul about the fruits. Abdul replied I don't even taste the fruits and bought to you so I don't know the taste of fruits. After listening to his words again the owner decided to give punishment. The punishment was to marry a girl who is physically challenged and marry her in a darker room.

Abdul agreed to the owner's words and decided to marry her. After marriage next in the morning he saw beautiful girl sitting in his room he was surprised and directly went near the owner then again mistake has happened there is no physically handicapped women asked the owner. The owner replies that he was impressed with his sincerity and dedication and gave his own daughter to him, and also he believes that her daughter will be very happy with him, Abdul was very happy with his wife later this beautiful couple gave birth to a child his name is Abdul Kadhar Gilani

The moral of the story is human’s makes mistake is natural if he doesn't regret his mistake he repeats to do many more mistake. So if he changes himself he gets good results 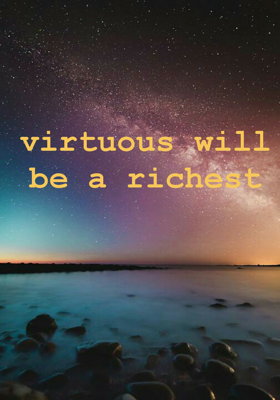