Prescription For The Modern Man

Prescription For The Modern Man

He is a modern man. He is young, very busy and a successful executive in a multinational company. He is ailing, he is sick, he is a modern man. He visits a doctor, a second and a third with a complete checkup, starting from pathological, ECG, CT Scan, etc. but with no cure. He meets a family friend. This friend happens to be a doctor. The young man talks to him about his illness. The friend advises him to go to his clinic with all his medical test reports. The young man visits the doctor. After going through his medical reports, the doctor advises him to follow his prescription. He gives him four envelops. They are sealed but serially marked 1, 2, 3 and 4. He advises the young men to go home and open envelopes sequentially and follow the instructions therein religiously and go back to him. The young man opens the first envelope. It says, “Friend take one day’s leave from your daily routine and all by yourself go to a place where you find no human beings, preferably a seashore." The young man wonders whether there is any place on earth devoid of human beings. But he enquires, talks to his friends and colleagues and figures out a location, a seashore. Takes one day’s leave from his work, picks up his car and drives down to the seashore all alone. He parks his car at the edge of the beach, takes off his shoes and starts walking barefoot on the dry sand. It is the early morning of winter and there is a nip in the air. The sun has just come up from behind. It is early morning. It is a very pleasant and cool breeze is blowing. The sea is far away as there is a low tide. The sand is dry. The sky in front of him is clear and blue. There is not a single soul on the seashore as it is a working day. It is a long stretch of the beach. He walks for a while and then sits down in front of shrubs and bushes facing the horizon.

He opens the second envelope. There is only one word into inverted commas “Hear.” He wonders whether there is anything to hear at a place deserted, desolate and completely devoid of human beings. He is a modern man and is used to hearing noises of machines, the telephones, the voices of people, sirens of factories, noises of traffic and many other manmade sounds but there is nothing to hear there. But he concentrates and tries to listen. He could hear, chirping of birds in the bushes behind, he could hear the voices of people in the village nearby, he could hear the palm trees swinging with the breeze and stems cracking, he could hear the leaves swinging with the breeze, he could hear the waves, he could even hear the sand particles flowing with the breeze and hitting sand dunes in front of him. He hears the sounds from nature, sound from universe sounds from god, the sounds he never heard in his life. He is totally lost in hearing those sounds. When did he realize it is evening? He had spent the entire day in hearing nature. The sun which was behind him in the morning is about to set, it is evening. The water which was far away is close as it is now high tide. The sand which was dry in the morning is wet it is high tide. The sky which was clear and blue in the morning is cloudy and fierce golden. He realizes that he had spent the entire day in listing to sounds from nature he had not heard before.

He opens the third envelope which says “friend, write all your concerns, problems and worries on the wet sand before you”. He picks up a stick and starts writing all his petty problems on the wet sand before him. He writes issues at home, politics in the office and all petty concerns which he had carried all along in his mind. He kept on writing and to his surprise each time the scribes on wet sand it is washed away by a gentle wave approaching him. The sun had gone down and in the reflection of the sky on wet sand, he finds the surface was clear as whatever he had scribbled was gone.

It was getting dark. He opens the last envelope which read “friend you have no problem, you just needed a day’s rest and a break from your normal routine away from the ambiance of your home and office, keep it up, this is your prescription”.

The moral of the prescription is that each one of us should take occasionally a break from routine chores and involve in some different activity to reduce stalemate of the mind to rejuvenate self. 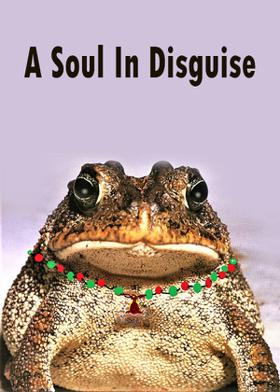