The night had got dark and the train had still not reached Kuldhara station. I was in a bad state of hunger. The train whistle in between seemed to like me and my hunger hung in the old church as a big bell and it was a big hammer that blew the bell whenever wanted… ton .. n..n

There were three more hitchhikers in my compartment beside me. They were seen, villagers. Two of the three had a red-check cloth on their head. The eyes were strangely red. When he would see me, I used to go with some simmering. Both stubborn men were wearing dirty clothing. One had a strange stupor on his face, eyes were completely in zero. He did not seem to be breathing. The other man used to laugh in the middle and chewed his mouth.

About 15 years later, I was going to my grandmother's village.  My grandmother and uncle were asking me to visit them for a long time, but I could not go. I had opened a soap factory of mine and I used to pay full attention to it. It was my hard work that the factory was running and earning as well. My mother and father had come to the city for the last 30 years. We were living a decent life with my father's job. Now, because of my factory, the standard of living was elevated. My father also quit his job and started distributing my hand in my factory. I used to live in my factory so much that I could not go to the village to meet my grandmother. Grandma used to come to the city with my maternal uncle occasionally. Yes ..... Mom's dad used to go to the village to enjoy the mangoes of the orchard in the summer season and to enjoy the hot peanuts on the banks of the night bonfire in winter.

Yesterday when the maternal uncle got a call that my grandma's health was very bad, come to see her, don't know what happened tomorrow ... On hearing this, a drop of tears rolled from my eyes and I had decided that the next morning definitely goes to the village.

Initially, the train was late for one hour but gradually became very late. It was very late at night. All this while thinking that I was sitting on the train that suddenly the train stopped, I looked outside the window and saw that the station had arrived. I came out. It was a very small station. It was very dark. Only a small bulb was on. Coming outside the station, I saw that there is no road, nor any ride. It was past midnight and Grandma's village was far away from here. Then I saw that five to six people were getting off the train on foot. I jumped and joined them. I tried to talk to those men to drive away fear. ...... asked one ....brother how far is Kuldhara? He said without looking at me, if you walk for a quarter of an hour, you will reach ... and which village do you want to go to? When I asked, he did not say anything but stare by turning his neck…. I was afraid, so it took a step back. After a while, we all reached a forest. There was darkness in the sky.

It was very regretful that day why I did not make a habit of smoking cigarettes? If I drank, there would have been at least a lighter or a matchbox in my pocket. There was a phone in the name of the torch whose battery I had passed to pass the time on the train. I had finished listening to the song and watching the video. I quickly forgot to bring the power bank from home too. So my phone was also a dark box at this time.

Then I realized that I am walking alone, four of the five people with whom I did not know which side to turn, and I did not know which side I went in my rage. Now my whole body was covered with sweat. Due to fear, fast breath was going up and was not going to the stomach. Then I suddenly remembered that when I was little, grandma used to say Whenever there is any problem, recite Hanuman Chalisa. I started speaking out loud ......... Jai Hanuman Gyan Guna Sagar ........ Jai Hanuman Gyan Guna Sagar ...... Hanuman Chalisa could not remember ahead due to panic. Then a rustle sounded from a tree, so I started running at the speed of 100. I stumbled two times but I didn't stop.

Then I saw light coming in at someplace. At that time, I was happy that as the results of the high school board examination are out, the student whose paper is spoiled, but the roll number is showing him the pass.

That light was coming from a hut. I stopped going straight to the same hut and started gasping and screaming loudly ... Someone is there .... Give me a night's rest ... I will not forget your favor .... .. open .... open the door ....... Then the door opened, a woman came out with a lamp in her hand. At that time I was happy to see him. I could not find words for her. She spoke very softly, what is the matter brother? ... why are you so nervous... I said I have to go to my grandmother's village. I have lost the way, and it is too much at night. Will you shelter me in your hut by morning? I will pay whatever rent you say. The woman said with a laugh ... You stay here and what is the matter of rent. Guest is a god. Tonight you are God for this hut. …… Come… she said. Hearing her words, I was comforted as if the first paper in eighth class which was of mathematics spoiled. When I reached home with a bad mood, my mother had said that I have prayed to God for your examination today. All will be well. Do not hang your mouth.

That woman took me inside. The hut was clean from inside. There was a cot, a cradle on one side, in which a child was sleeping. There was an earthen stove in one corner of the hut. An earthen pot was placed on it. Another earthen pot was kept near the stove. There was a clay pot in the corner. The woman asked me to sit on the bed, taking water out of the pitcher and giving it to drink that seemed like a juice to a thirsty and scared person like me. She asked me, brother, walk out and wash your hands. When I came out of the hut, the woman followed me with water in a pot and washed my hands and feet. Going inside, she took out the vegetable from the handi in a brass plate and placed four loaves of bread. I put my bag under the cot I sat on the cot and ate my food. I knew how many hours I was suffering from hunger. That bread vegetable seemed to me to be more than the dishes of Five Star Hotel. When I ate, the lady gave me one bajra laddu. My stomach was full, so I ate half the candy and took the remaining half in the paper and wrapped it, and put it at the head of the cot and thought, I will eat it in the morning. As soon as I lay down on the bed, I fell asleep.

........Suddenly my eye opened because that child was crying loudly in the cradle. I saw that the cradle was on one side of my bed, on the other side the woman was sleeping on the ground. There was a light of a lamp in the corner. The woman also woke up with the baby crying. I told the woman you lay down, I move the cradle, maybe the baby goes to sleep. The woman said ..... no no ... you sleep. I move the cradle from here, .... and suddenly I saw ...... that her right hand became so long that it reached the cradle of that child from his bed, passing over my bed and The cradle started moving.

My voice got stuck in my throat. Hands and feet swelled up. I wanted to run, but my legs froze. The blood turned to ice and I was not conscious.

......... When I came to my senses, sun rays were falling on my face. I was lying on the grass, I also had my bag. I could not understand anything, that I had dreamed of was true. Then my eyes fell on a folded paper, I opened it and saw that half of the bajra laddu was in it. 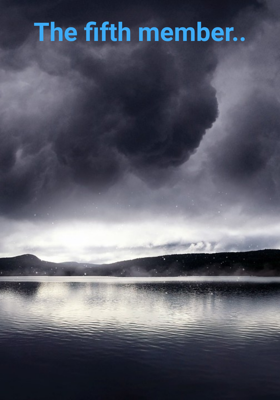 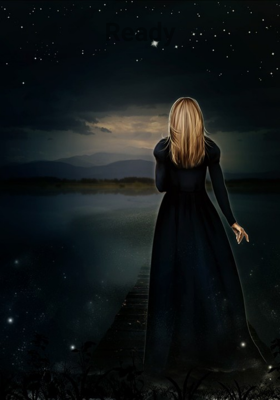 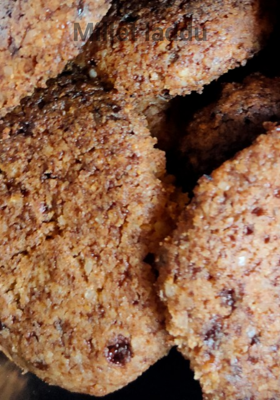