Girl In The City

Girl In The City

It was the first day of Aliya in the city, lots of enthusiasm in mind as well as a bit apprehensiveness. She remembered what her parents told about the city… her mother given her lots of denotations about how to living, how to behaving and how to identify who is evil and who is a friend of her.

She was told big cities are full of evils… and especially for girls, it is recommendable to ordeal each person before trusting, irrespective of male or female.

When her mother or father use to tell her about what care she must have while she is out and meet unknowns, she used to feel that she is elder enough to take care of herself and why all the time this spiel on the alternate day she getting.

Well, she was here to complete her studies and staying with his uncle and aunty for 3 years at-least. Her uncle Shobhit and aunty Nilima were loving & caring and their son Anik was her childhood mate when they used to live in the village. Anik was happy to have her, after all, a long time they are together.

The admission process is done for Aliya and her classes were started since she was from the Hindi medium, often she was feeling difficulties to understand lectures, but she was not one who blames it and therefore she wholeheartedly concatenated to crack this barrier. Aliya is a brilliant student and she used to participate in cultural activities altogether in her studies. So she became famous among her class as well as college resulting in Aliya made some good friends, of course, both boys and girls.

Nilima was not worried for girls but she used to see boys with suspicion, though she had faith in Aliya and trust her completely …. But scare always if anything goes wrong.

It was a Birthday party of her friend Soumya on today and Aliya asked to Nilima for going there.

Nilima – Who others are there in the party?

Aliya – almost all my classmates.

Nilima – you mean to say all boys too?

Nilima – and where this party is organized?

Aliya – at the farmhouse of Sanket.

Nilima – why at Sanket’s farmhouse? Why not at home of Soumya?

Aliya – well I don’t know about that but I guess the youth want to enjoy unrestrained.

Nilima – what do you mean by “Unrestrained”? Do you think we restrain you unnecessarily?

Aliya – Not at all aunty… I didn’t mean it for you.

Nilima – yea me too not asking for individually…. It is for all parents. Do you think we parents restrain their kids for unnecessary?

Aliya – well in my case I never felt like that..

Nilima – then? Who said it that they want to celebrate the party due to the restraining habits of parents?

Nilima – ok.. but frankly I don’t like these late-night parties and that too at some farmhouse… away from city and without monitoring by parents.

Aliya – hmmm I can understand aunty…. But I am not insisting… will go only with your permission.

Nilima – ok…(thought for a while and said) so would you mind if Anik goes there with you?

Aliya – not at all… why I will mind for? He can come if he willing to join me it will be a superb company to me.

Nilima – fine... Then Anik what you think? Would you go with Aliya?

Both Aliya and Anik left for the party but Nilima was worried about the kids, especially for Aliya as she was amenable to Shobit and Nilima till she is staying with them.

Actually her anxieties were not rootless, it was very often to hear the new cases of harassment over girls irrespective of their age. Whenever she listens to such incidents, she used to think whether it is a crime to be the parent of a girl in this society? What happened to this society? What kind of lusty people are there who don’t even see whether she is seven or seventy years old? Latency a minor was accused of an abominable crime like rape and after some-time, he was released from juvenile home due to his minority and also he was rehabilitated by the government. Rehabilitation? For such a guy in name of “Human rights”? And what about the victim who couldn’t survive due to his brutal behave? Didn’t she have any human rights or was she made to endure this cruelty? Nilima mammoth with a contorted face.

At the farmhouse party was going on and was grooming minute by minute, all was going fine, Aliya was enjoying at a lot since it was the first party she attends. She was wearing a decent suit that was fully covering her, but other girls were wearing western outfits, which were eventually exposing them.

In the early morning when Aliya came down for breakfast, she felt Nilima was still not relaxed, she asked reason then Nilima said – Aliya, don’t mind but I won’t allow you to go in such parties anymore.

Aliya – but why aunty? What’s wrong with that? You allow Anik happily for it, why restricting me?

Nilima – because he is a boy and he is less dangerous compare to you.

Aliya – I got your point aunty but I can protect myself, I am trained in JUDO.

Nilima – whatever it is, but you are my responsibility as well as sort of my daughter and I can't take the risk , so please don’t mind and obey me.

Aliya – its fine aunty, you know I won’t disobey you. But don’t you think why all restrictions are upon girls? Why we have to learn self-defense especially against rapists and loafers? why girls are taught how to wear, how to sit, how to walk, where to go, to whom they should keep a distance ? Did you ever listen that girls attacked a boy wearing a short dress or even he is top-less? why not boys are taught that girls are not a toy to play with? Why they are not told to respect other girls like they do their family females? Is it not bias treatment?

Nilima – I know all things and I have told everything to Anik, but I can’t tell these to others outside.

Aliya – ok anuty, you know I am here for studies only and that is only my priorities, and my argument was not intended to join any such party, it was just a point which I feel every-time when parents spiel girls but don’t utter a single word to boys.

And she left for her routine.

Nilima was in deep thought after Aliya left, she knows Aliya was right and it's absolutely the mistake of we people only that we don’t teach boys how to control their emotions or lust whatever it is. And girls can't be safe until it is done because you can’t clap single-handed. Its a common problem of parents who have daughter, earlier girl’s parents used to be worried about dowry and now they are worried about their safety with body hungry devils. When parents of a girl will be completely happy? it’s a big question to all of us and no campaign like “Save Girl Child” will be fruitful until the mentality of society is not changed. It’s our responsibility to make a safe environment for girls and teach our sons to give the same due respect which they give to family females. 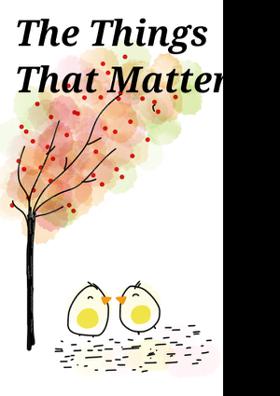 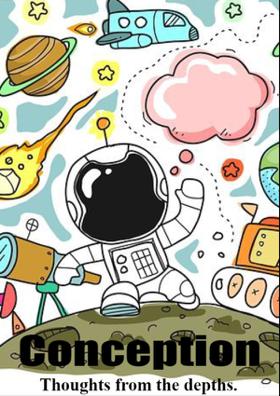 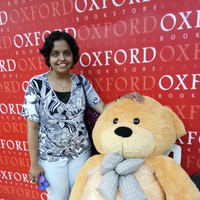 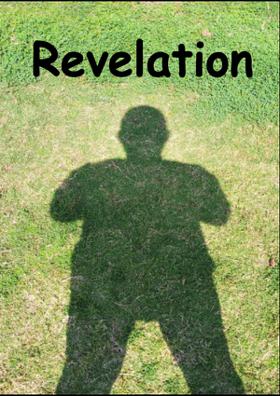 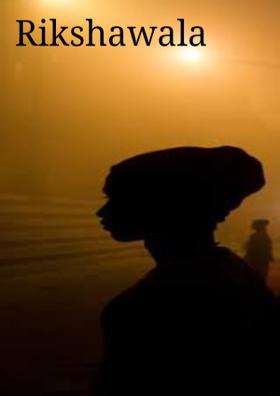