For The Love Of Dogs

For The Love Of Dogs

My uncle Clement is a crazy dog lover. He loves all sorts of dogs, be it anyhow; big, small, thin, fat, but he loves them all. It’s like he is a big fan of dogs or something; show him a dog, and he’d name its breed in just the blink of an eye like you’re showing him a car and he names its company!

Since his childhood days, till this very day, he has had this dog-a-holic (if there is even such a word!) nature. Mom says that this guy would always be found sitting alone and jabbering away with these filthy street dogs at his village.

It seemed pretty lame and dumb for someone to keep himself surrounded by dogs, but he wouldn’t even mind it. “Perhaps”, says my grandmother, “he was a dog in his previous life!” But if you were to ask me what I feel about uncle’s weird nature, I’d say ‘cool!’ I really fancy uncle Clement and look up to him. He is very talented in many different things. Games, for instance, he plays different games, be it football or hockey, cricket or volleyball, he excels in all the games. Often I wonder why I am not like him. I can never kick a ball straight but he can kick it further than his teammates. But despite this, he has helped me learn other sorts of sports too, like skating and cycling. But the thing I really fancy and admire him for is his love for dogs. And I honestly hate to admit it, but I am a crazy dog- lover too. But uncle Clement is just too much, I mean I certainly am not that crazy to surround myself with dogs, and that too the street dogs. I couldn’t possibly stand looking at a dirty, filthy street dog, covered all in ticks, which sticks worse than a rotting egg. But uncle brings that dog in his backyard, takes out his pipe and gives that dog a clean bath. And when he feels that the dog is clean enough, he lets it go with a biscuit as a memento.

Many strange and weird incidents happened with an uncle and the dogs. Once, uncle used to feed a street dog. Soon this dog decided to bring along his friends. Or maybe another dog came by, got a good treat and decided to come every day. Later on the news of ‘free food for every dog‟ spread, and many more dogs and puppies followed to the “Clement’s hotel‟. This carried on until the family grew to a large army of dogs coming for a mid-day meal. Now you would certainly flee from a condition like this, but again uncle didn’t actually worry. In fact, he opened his gates and made room for more in his verandah. But later he had to stop as aunt's grumbles grew wilder and biscuits were locked up. They stopped coming and so, thanks to aunty, “Clement’s hotel‟ was shut down forever!

Aunty says that wherever he goes, he has a whole pack of dogs following him. People think him to be ‘dr. Dolittle’, by the way, the dogs respond to him. He always carries a packet of biscuits for his friends who wait patiently for him. The dogs seem to love him and they respond to his call most willingly. He gives them names and they even respond to it. ‘Here Bruno!’ he’d say, and from the pack, one dog would let out a playful bark. That dog turns out to be „Bruno‟. This is what makes him a good trainer and he does train them exceptionally well. He just has to wave a finger or say a word and they would do things, like roll on the floor or something. Now don’t ask me how he does it, because I don’t really know. And don’t ever ask him how he does it, because he never really did know!

But above all the petting and loving and feeding, there had always been obstacles on his path of dog- adventures. Like once, he decided to bring home a dog. Now there certainly isn’t anything wrong in having a dog as a pet, but when a guy is surrounded by dogs twenty-four-seven, how big a problem could it be? He has had many dogs as pets before, a German shepherd, a Dalmatian, a bulldog, he has had them all! But this time aunty had to object to him getting home a poor, abandoned street dog. Well certainly there are no cast divisions; a street dog can’t be chucked out to remain a dirty, filthy dog. So with the excuse that he could change him, uncle kept him, fed him and petted the dog. This dog was certainly having his days! He was given a collar with a gold plated chain, which the dog didn’t seem to enjoy. While the dog was young, uncle Clement took it out on his daily evening walks. He loved showing off with his ‘faithful’ animal and people adored this magnificent creature for no specific reason, making uncle extra proud of his ‘best friend’. This got him to take his dog on Sunday morning walks to the church where he showed off after mass, making the dog do all the tricks taught to him. Small children and even adults stopped by to pat the dog and exclaim a word of praise while uncle stood there holding the chain, and his head high with pride.

Time passed and the blood of a street dog grew thicker. I’m pretty sure you’ve seen a true street dog, the ones smelling terribly of its body which is covered in sores and ticks. Seriously, you must have come across at least one. Well, uncle’s dog turned out like that, with scanty hair, sores all over its body and a horrid stench. And being a faithful dog, it followed its master everywhere. This time, uncle Clement tried to shoo it away, but it followed him like his shadow everywhere. It landed up with him to church on one Sunday, which resulted in everyone closing their noses and yelling out to uncle to get his dog out of the church. The dog wouldn’t move, and so he was made to leave in between the mass. He was kicked out all because of his ‘faithful animal’. Humility has a limit too, and uncle couldn’t stand it. So he too decided to kick it out. He hopped on his bicycle and rode it away far from home while the dog followed behind, panting heavily. Then cycling back faster than he had arrived, he managed to get the dog out of his tail. The next morning he got up feeling rather lonely and upset without his best friend. Aunty and grandma were probably rejoicing and preparing a lavish feast in the kitchen. Uncle Clement, deciding to get back to feeding the other street dogs, opened the door and to his utter horror and excitement, the dog leaped on him, dropping him to the ground and licking up his face. No joy was greater than this to him. The feast was given to welcome the faithful creature back home.

But later, because he too couldn’t stand the smell, uncle had to sell the dog away to the animal control. Even though the poor creature wasn’t mad, it had to get rid of. But in the end, uncle Clement hasn’t changed one bit. Though this could have been a learning experience to a common man, he still jumps with dogs and still talks of his ‘faithful, but smelly’ dog. The thing that really takes the cake is that he still pays visits to the dog, which spends most of its time around a compound wall. The dog should be really frustrated with an uncle; well I would be if someone gave ‘me’ away, but the dog still eats uncle’s biscuits and remains the faithful, smelly creature.

It hasn’t been very long, and the uncle has decided to get home to another dog. We just hope it isn’t a filthy street dog again, or aunty won’t spare him this time. 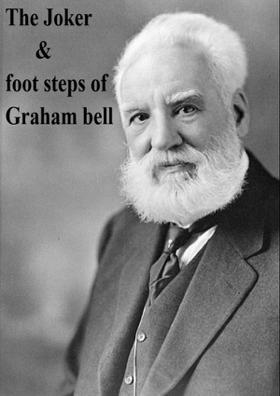 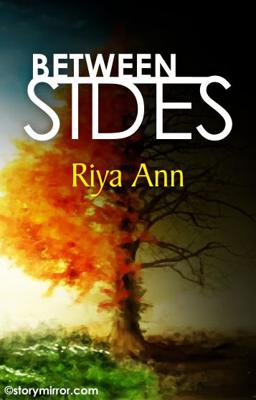 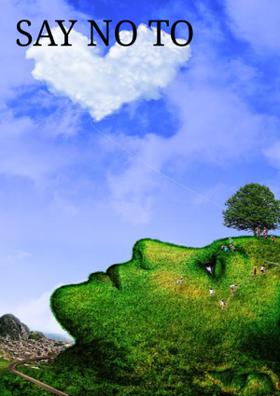 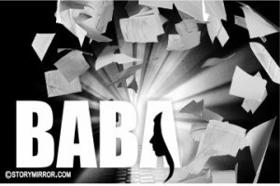 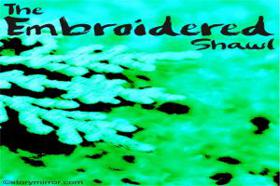