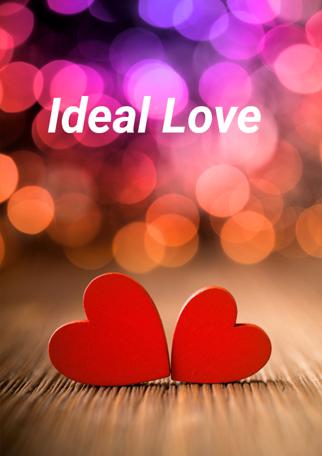 Banaras, the holiest among the Sapta Puris. The abode of Lord Shiva in the form of Vishwanath. A major religious hub that attracts people from all over the country, along with tourists from various other countries for its natural beauty and the ever old city. In recent times it has been a great attraction for students due to the Banaras Hindu University which is situated in the heart of the city. Due to its name and fame Avishek had moved from Calcutta to Banaras for pursuing his graduate degree. It had been three years in this city and now when it's time to leave he finds a kind of bond, a special attraction, it's like they both had some relation from his previous life. Is it because of the university? Is it because of the friends he had made out here? Or is it all about Sohini?

When he had moved to Banaras for the first time a feeling of alienation had gathered within himself. Being an introvert it's really hard to make friends with every other individual who spoke a different tongue. Besides their way of thinking, perception of life and sense were way different. Also, he recently had a breakup with the first love of his life whose scars were still visible on his nature.

He remembered the first year in the university. Being heartbroken, surrounded by a bunch of Hindi speaking individuals he felt himself helpless in the hurdles of life. Studying in a different environment and adjusting with them had been a difficult task for him. The whole of first year had been a mess. But as Spring brings life and prosperity after the freezing winter, second year had bought smile and glaze in his worn-out face. He had made quite a few number of good friends with whom he could enjoy and study with. But most importantly he had met Sohini for the first time.

He still remembers the day when for the first time he had met her. He was standing by the corner of a building, reading his favourite fiction novel as usual, an introvert as I told you. The protagonist of the novel was searching for his beloved in the crowd and just then he heard a female voice from his right hand side. He looked up and saw a familiar face. She was a bit nervous, her expressions revealed it. He had seen this girl in the campus area before but never had he talked with her nor did he knew her name. He remembered every word she told, "Can you help me please?" They had exchanged some looks at first and then he had replied "what?" She wanted him to write a letter for re-evaluation of her AIHC paper in English. Actually, she was a typical good student with low grades in English types. While he was writing the application they had exchanged their names. She was from a Brahmin family, resident of Banaras. She had completed her High school and Intermediate from UP Board, so been studying everything in Hindi it was difficult for her to cope up with English within such a small interval of time. He was pursuing his Bachelor's degree in English. When she came to know, she asked him for his help in studying her Compulsory English paper in his free time. Within no time an introvert was slowly coming out of his shell.

He remembered how much he helped in her English lessons. They used to sit in Madhuban with cups of coffee and books. She was a bit sluggish in the beginning but within no time she grabbed things fast. Gradually they became good friends. She always taunted him by saying Bengali Babu. He disliked it. He had told her a thousand times to call him by his name but she never listened. Whenever she thought of speaking Bengali she just spoke mach khabo in a broken tongue. He always got delighted by her Hindi-Bengali dialect. She usually dressed her up in a traditional suit-salwar, with deep Kajal in her eyes, along with a small bindi on her forehead and her long hair perfectly tied into a pony.

Slowly they started getting attracted towards each other. He felt that but never he could stop himself to get towards her. Her smiles, those dimples on her face always crossed his heart. Her little chit-chats, taunts and those mesmerising eyes always had a spark on him. She too was in like of his calmness and those philosophies which he presented in between their chats. Once with great courage, he had asked her out for lunch. The very next day she had come with a Tiffin box. Her mother had cooked rajma chawal for them. He was stunned by her generosity. Having a homemade meal amidst the laps of nature, under the shadow of a tree was better than a fancy restaurant to them.

He remembered the days when they dated each other. The day he proposed her everything changed. She was shy, blushing, her eyes fixed on ground. The next few days were a bit of discomfort. He missed her taunts, those sudden touch of her hand and her way of talking had changed too. But after a month or so they managed to put everything back into track. For few days their batch mates were suspecting of their relationship. She had disclosed the secret to her friends which spread like forest fire. When anyone saw them together they looked at them in a way which questioned "When?" and "How?" She was in her own blissful state. She was excited to get married in a Bengali family. She always used to ask him about his customs and traditions. At times when they fought she used to tell him in an angry tone, "Go get a Bengali girl. She will understand you better." No matter how much they fought they understood nothing is more important than their love so in the end every quarrel ended merrily. Sometimes his romantic talks after a fight left her with a blush. They were the kind of people who fit into each other perfectly.

It's all over now. He is returning back to Kolkata tonight. His mother is very excited to see his son after such a long time on the other hand Sohini is sad for his departure. He had applied for a PG course in BHU but other than that nothing is confirmed. His mother had been questioning about his mysterious smile but until now he had told her nothing but she could feel the happiness which prevailed within her son.

It's 5:30 PM now. He is sitting in one of the lowest footsteps of Assi Ghat, his legs dipped in water. She would be here in no time. "This place has so many memories" he thought within himself, like their first kiss. He recollected those memories. First kisses were always meant to be special. They were sitting in the Ghat one evening. The evening Aarti was over. It was becoming dark and cold. She grabbed his arm and put her head in his shoulders. She was feeling cold. "Let's go" he had asked her but she wanted to be there for some time. He could see her under the moonlight. Her eyes were closed. She had a faint smile on her face. He removed her hair from her face to get a closer look. Her nose pin was gleaming, lips craving for a touch. Her hair blew like the tides of the Ganga. Their faces were inches away. He could feel her deep breath, heartbeat pacing. Her lips were trembling, eyes still closed. She grabbed him tight, he kissed her neck and slowly moved upward towards her left ear and finally to her lips. Their lips mingled within each other keeping the moon as the only witness.

He checked his watch. It's 6:15 now. She should have been here till now. While he was thinking, he saw her from a distance. She is dressed in an ocean blue suit. Her face dead end, eyes were swollen and that bindi which she never forgot to wear is missing. He could feel the pain, she was bearing not only the pain of his departure but something more grave. She came and sat by his side.

"What's the matter?", he asked shocked and confused.

She is speechless. Her voice chocked while she tried to speak. Even her voice cheated her while she tried to speak those things. She was thinking of telling her father about them for a few days and today she finally gained enough strength to speak to him about them. Her father completely rejected her daughter's proposal and was ashamed of her upbringing. He could never accept her daughter marrying a Non-Brahmin boy besides he is a Bengali, both of them have nothing in common except their love.

"So what's now?", he asked trying to keep his calm.

"I cannot go against my parents. I can never stay happy betraying them. Even if I run away, society won't let my father live." She replied howling, tears running through her eyes.

The news had bombarded him from top to bottom. For once the whole crowd in the Ghat felt silent to him. There were so many feelings crushed between the two souls. He was numb, baffled, petrified, broken.

She hugged him and started crying. He couldn't stop her. His hands wanted to catch her but his body was paralyzed. She moved away, not finding her usual comfort in his arms.

"Forget me if you can. Erase me from your memories and if possible consider me dead."

She couldn't withstand the heat anymore. Slowly and slowly she was moving away from his vision. Hot tears blinded his eyes while she moved out of his sight. He felt how the melodious aarti song can become a mournful song within no time with the change of mood. The wind which once brought pleasure in the soul is chilling cold now. It is as if nature is crying for their separation.