Whispers In The Dark

Whispers In The Dark

Years of being locked away from the world had completely removed any aspects of normality from the girl’s brain. The side effects of loneliness had enveloped her mind long before her sanity had crumbled to pieces before the doctor’s eyes. She was now more like the part of the world that, if kept in the dark and pretended it wasn’t there, it was easier to go on living with a clear conscience.

The room was silent – as it had always been. The girl rested her chin on her knees which she had brought close to her chest and she slightly rocked back and forth on the bed. Her head tilted to the right, eyes wide – they started twitching and from her lips escaped clicking noises. One, two, three, she repeated over and over in her delusional mind. The pattern continued long into the night.

A shadow loomed over her sleeping body, watching the girl breathe in and out, watching her torso rise and fall. The apparition too clicked gibberish at her and scurried up to the ceiling, before leaping onto the bed. The girl woke with a shudder and sat upright to face the creature that spent many nights watching and waiting for her. It spoke to her with shrieks and the girl cheerfully responded to her playmate. It ran up the wall and the girl, remaining on the floor, chased it around the room trying to catch it. Eerie giggles filled the night as the two played their cat and mouse game.

Dawn came, not when the sun shone through the non - existent window, but when the lights were turned on and illuminated the dark room. It woke the girl who was asleep on the floor, curled up in a ball. The shadow had disappeared, hiding in the blackness under the bed. Every now and then a click emanated from the shadowy void beneath the bed, reassuring its friend that she was not alone.

The girl flinched and twitched instinctively, looking up to see if something was there before picking up the charcoal that had been given to her to keep her mind preoccupied. The crook of her mouth trembled as she crawled like an animal into the corner of the room hissing at the door that remained forever closed. She sat back and snarled before facing the wall and running her fingers along the white, leaving black smudges. Then playing with her mouth, pulling at her chapped lips. Her arms and legs would spasm, kicking or hitting at the empty air while her eyes remained wide and silent. She continued to count her chant of numbers like a prayer.

The truth was in that day and age, to be different meant the unknown - and people were scared of the unknown. There was also the argument that the girl hadn’t originally been completely insane and that she just saw things differently to those around her. When she continued to talk to people that weren’t there, others feared the worst and felt it was safer to lock her away than to deal with the problem. Out of sight, out of mind - but it had driven the girl out of hers.

Two severe injuries to senior employees who forgot they were dealing with a wild animal and not a little girl anymore had been the result. And secondly, a girl who no longer believed she was human, but rather a creature whose only communication was drawing dark figures that only justified psychiatric opinions on her mental state and the occasional counting to the number three which was still just as confusing as the sketches.

She spent her days making noises at the walls. Talking to them, often speaking a full conversation. Though, the only words that escaped her mouth were the ordinal digits, shrilled clicks similar to the creature that hid under her bed. She would sit in the corner and stare at the door or scratch at the paint on the wall. The girl would seem to tickle the wall and laugh as she rolled around on the floor, often looking like she was having a fit.

The only objects that were in that room were the bed and a small mirror which sat above a sink that had been taken away before the girl had occupied the room. She had lost interest in it after the first few years of studying herself in the reflection. Now, she would hiss and scratch at it, no longer seeing herself but rather another creature looking back at her with black hollow eyes.

The light which sat in the centre of the ceiling had caught her attention and now she stood, staring at it, mouth opened, her eyes filled with awe. She began muttering something other than her numerical prayer, but her focus was taken away by the happy shrills that came from under the bed. The girl lifted her arms into the air and kicked off with her feet, landing on her bed. She crawled into a foetal position on her side and stared across at the wall, waiting… and then the room went dark.

Years of being locked away had caused the nights and days to eventually blur; the girl continued to stare at the wall, letting her insanity take over her mind, body and soul.

A night came when her friend crawled creepily out and up the wall, but the girl did not move, she did not play. Her eyes closed to the world, blood cold and her body still. The shadow whimpered and watched the resting body, but the girl did not breathe, her chest did not rise and fall and throughout the night, howls of loneliness were finally heard within the eroded walls of the asylum. Its a story on awareness of how nature can become a demon, if unchecked 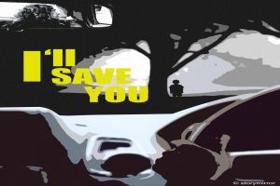 It's not everyday that a five year old tells you that he'll save you from a ghost. Shall I, or shall I not believe in th... The Mystery Of Hi...

It is not everyday that you see a ghost. Read on to know more. 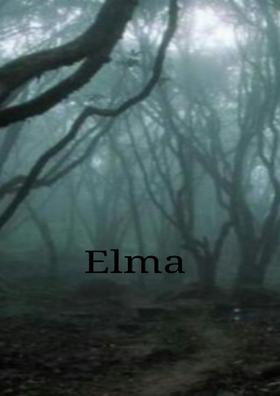 Dave’s bottom lip trembled. He had a keenness in his dark eyes. As the light flashed, the freckles shone his beetroot fa... Charles, John, and Sandeep sat down in the bar... Sandeep and Charles were involved with some discussion and John was to... The spirit split them into two halves. “I am Aisha.” The girl replied with utter simplicity. " Three friends try to fool their strict hostel warden by tricking him about spirits. Does it really exist? The story shows how a greedy woman makes a plan to own the house after killing the house owner. When I stand to leave, picking up my painting and crayons, he suddenly appears in front of me with the rod. He flashes h... You are walking in a 'crowded' lane full with people, what could go wrong? The scene is perfectly laid for a bomb blast ... It was midnight. He rolled over to the left side of the bed and is shocked to see a man lying next to him, scaring him! How do you know you are alive; does a body know its dead...does the soul live on... “I can’t find my mom.” Startled, I looked closer at the child. Pale, her long, dark hair hanging loosely down her back, ... Dream Within A Dr...

All of sudden, I notice a figure strutting across from the road, coming swiftly in the direction of the building I stay ... They were stunned from what they saw...!! They broke down weeping and crying! They laughed, again laughed, then the rain became strong, they both again naked. I have lost my way and need your help. Can you please drop me?’ Detective Roy Arora and AJ bond like never before, solving cases after cases until one unusual and freakish case stumble... It took me about two weeks to convince father to let me do this.