In the sacred Hindu manuscripts, the transgenders or kinnars have always found a special place. Even though there has been religious relevance of the community from different eras, they do not enjoy wide acceptance among masses.

Most transgender people are in very bad condition because of social exclusion. They very often do not get employment easily. Activists fighting for the rights of the community say there are hundreds of thousands of transgender people in India, many of whom face ostracism and discrimination, as well as verbal, physical and sexual abuse. A lack of access to education and employment opportunities has been a great concern. Many male-to-female transgender people - also known as "hijras" - end up into sex work or moving around in organized groups, begging or demanding money. Odisha is also similar in this respect when it comes to treating the transgenders. They do not easily get homes on rent. Their parent either abuse them or they are confined in their homes. The society despises them passing indecent comments. They are left to fend for themselves. Dancing in functions has been a source of income for them in Odisha. They usually get picked up by police and exploited verbally or physically.

There have been some efforts from the Odisha government lately in the direction of improving the societal status of the community. Odisha is the first region in India to give transgender people social welfare benefits - such as a pension, housing, and food grains - usually allocated for only the most impoverished. The move to give the transgender community the same benefits as those living below the poverty line was aimed at improving their overall social and economic status. The government had been organizing consultation sessions with transgender people to listen to their problems and issues.

In a landmark judgment in April 2014, India's Supreme Court recognized transgender as a legal third gender and called on the government to ensure their equal treatment. The court recognized the community as a marginalized group and directed authorities to implement policies to improve their socio-economic status. Identity documents such as birth certificates, driving licenses and passports must now recognize the third gender, and a certain number of public sector jobs, seats in schools and colleges must be allocated to third-gender applicants.

According to a government estimation, Odisha's transgender population was 40,000, but the true figure may present a higher figure altogether. Members of the transgender community will be given Below Poverty Line (BPL) cards that will allow them to access benefits under various government welfare programs. This includes schemes that provide free housing, 100 days of paid work annually, pensions and loans to start up their own businesses. They would also be entitled to 5 kg of food grains every month under India's National Food Security Act. The policy will be effective only it is implemented properly. The common perception to look down upon the transgenders has to vanish. The government along with non-profit organizations should start a social awareness drive to inform common people about transgenders. This will lead to social inclusion for the community. 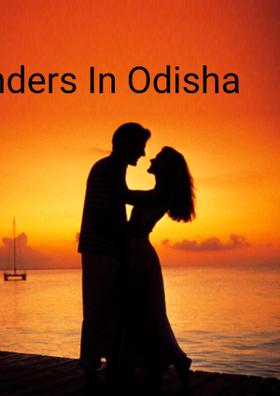