The Journey Of The 'She'

The Journey Of The 'She'

The time in and time out at, the standing of the women in the society has always been in always questionable and a matter of debate. No one has been able to comprehend womanhood completely, it was an upgraded version of perceptions from the decades which were going on and will continue in the future also. So an intriguing question always lingers in the mind, why is always a female entity is being scrutinized and evaluated at microscopic level, whereas the society has never been bothered to give a definitive definition of a male in true terms, which actually is the need of the hour, as with the passing time we are viewing a new version of male identity, leaving many unanswered questions of “who is he”.

Anatomical speaking the beautiful and fragile creation of God, “The Woman” she has been designed as an epitome of softness in structure and determinant attitude of selflessness. Beauty lies in the flaws, imperfections, and sacrifices that define her existence. Her beauty is not defined by the outer exterior look, but by the grit of Strength that molds her inner capabilities. She can be a serene river or can be turned into a volcanic explosion depending upon the way she is being treated. The growth of a girl into a woman goes through many phases of acceptance, appreciation, approval, accomplishments, and assessments which are always measured on the scale of beauty, her materialistic status, and standards.

The first volley of queries starts from the time of the conception where everybody is an enquiring mode of discovering the gender of the fetus to ascertain the arrival of joy or a bundle of burden. With the entry into the world with the tag of caution attached, the journey starts with manual instructions of do’s and don’ts which becomes an integral part of life being, put on a restricted mode. Every step of walking towards our future life will be scrutinized carefully, to mold us, according to the whims and fancies of the people around us. Irrespective of the trials and trauma’s associated with the shackles, the most crucial phase of growing up with the onset of puberty brings along with it is a burden of senseless dictums to be followed and to hindered from simple pleasures, bestowing on us a veil of insecurities, where even our shadows start scaring us. A nonstop recording of instructions and possible upcoming heinous encounter details are being pushed into the ears putting us in a melancholic state where the beautiful process of growth takes a backseat, the blooming years start turning into gloomy phase. our own beauty and personality become a hindrance. The stalking fear of unwanted attention starts putting an invisible chain around the marching feet. Every minute, every second unknown fear of impending danger keeps popping out of the mind. But with great mental strength, when we garner the willpower to break down the shackles to foray into the world, to put our feet firm to make an identity of our own, then the lecherous attitudes and actions of people start putting spokes in the ongoing journey, trying to break our stability.

By an enormous fight and struggles when life propels us into womanhood, the dark process of approval starts waiting for us with open arms to embrace us into a world, where women are approved or evaluated as marriage material or mattress material by the so-called prospective dominants of the society. The bond of marriage which is the culmination of two hearts and Mind has literally turn into a battlefield of egos, attitudes, and insecurities. It has become a platform for sacrifices, compromises, and unreciprocated commitments. The wonderful duration of adulthood brings more expectations rather than returns, everyone expects that the wife has to be an exemplary example of virtues starting from being an excellent chef to a ravishing bed partner. but all the aims and aspirations of her, as to take a backseat so as to accommodate the priorities of the family and the spouse. If this setting has any deviations, then the female will be branded as a headstrong obstinate or modern, unfit to reign the legacy of good families. and then the onus starts working on her character assassination, because a strong women’s willpower can only be dented by charring her character, so by putting the extra effort in vandalizing her virtue, to weaken her spirit.

Then with the onset of demand for paternal instinct starts taking their roots of handling all the responsibilities of the kid by themselves, as if we are only responsible for their origin. A mother is expected to slog like a machine from dawn to dusk fulfilling all the demands single-handedly. No doubt, she enjoys every second of the extra work she does for the children, but at the same time, a helping and a compassionate hearing ear to understand her troubles and help her will have a nice soothing effect. During her sojourn through this turbulence, one more major concern which she has to pay more attention is to satisfy the expectation of the partner which he always fosters, that his wife may be neglecting his demands of pleasure to complete other menial tasks. They have this they have the profound confidence and assurance that irrespective of their trauma and troubles, their partner’s duty is to satisfy their needs and run at their beck and call. When female breaks open from this conventional mold, every finger will be ready to point out the rebellion within us branding us as an irresponsible person.

With the passage of tumultuous midlife journey, the entry into the old age has its own set of prerequisites waiting to Unleash its effects on us with the growing children and aging spouse, the stage has its own roller coaster ride of emotions entangled, where the children never understand our emotional needs and partners never stop expecting the same level of energy and enthusiasm from us. If the situation keeps pulling towards the despair or lack of Independence, the only hope of the arrival of some solace in the form of next-generation which can be the future stress busters. This volatile stage of ‘ to be and not to be’ creates and have havoc of senses, where every small thing starts producing a domino effect on our thought process, propelling us more towards loneliness and despair.

The gist of female life journey starts from the approval of their origin to the acceptance of their reality, accommodation of their personality according to the norms of the society, availability of her credentials to be evaluated for the post of a life partner where the term partner is never analyzed or understood by the other person which makes the relation to a one-sided affair to some extent, then accomplishment of her to be measured by the number of progeny produced or just remain barren or infertile. The term infertile sounds to be a curse to some people whose only who is the only concept of a female according to them is a progenitor, but nothing else. So if the calculations go wrong and their future of light bearer of the family doesn’t appear in this world than the woman is doomed and left to suffer another agony of living hell. Finally, assessment of a lady will be completed once she reaches her ripe hood on the basis of how well she maintained her relations and the quality of the upbringing of children, and the last but not the least, how well she took care of in-laws and her undaunted support to her life partner. The term that needs the complete definition of a woman is “ who is she” and “what is she” and “how is she” and “what she should be”. God has created the female species with a touch of delicateness not to show to the world how fragile her makeup is, but to make everyone aware that a soft thing which pleases everyone, can break havoc in the times of destruction. Just like calm flowing water which takes everything in her stride and flows with a serenity, when shaken beyond its bearable limit causes Tsunami, drowning and destroying all the things that come in their way. In the same manner calm and composed of women who have infinite bearable limits, one shattered can cause more irreparable damage that cannot be restored back. she is an episode of grace, elegance, character, and confidence. “A woman is like a beautiful flower in the spring, but her virtue is a star in heaven”. A real woman never likes to be evaluated on the basis of her looks or beauty, but rather by her Fidelity and credibility which makes our existence unique and meaningful. Beauty is an accessory but her character is her guild. By evaluating her attire and her modern lifestyle, then creating problems for existence, shows the menial mentalities of the other sex, whose thought process has never matured beyond the conventional mold. It is not her jeans that is the problem, but what you have in your genes is the culprit, that is changing the face of the world by creating inhuman conditions and demonic environment.

The modern world has paved the way for gender equality only on the paper but not on the mindset of the people yet. To date, the evaluation of a woman is based on her Lifestyle and working conditions and brandished according to that perspective. For every woman career, marriage and motherhood is a part and parcel of the life not but not the complete life itself. We are incomplete without our phases of life which God has bestowed on us for a predetermined duration. In the process of pleasing and satisfying others, we are getting lost in the woods of anonymity and suppression. The concept of creation of a female by God itself as a beautiful meaning attached to it, as she is made from the rib of man, not from his head or feet. It shows the essence of equality God has described in a hidden form, that a woman is to be treated equally and gracefully as she is apart from the side of the body, not from above or below. Every person born in this universe irrespective of gender has the right to live and survive on their own terms and conditions making other person’s survival easy and safe. Let us not create a Frankenstein Monster among ourselves, which in the long term may cause more harm to our own existence causing a catastrophic effect on the relationships. The name “SHE” is incomplete without “HE “and “HE” is incomplete without apart from the “SHE”. Trying to prove to the world about the beauty of our existence, we should never forget the art of living for ourselves first. The Cuddle Of Love When I Realized How Lucky... Life Behind A Mask 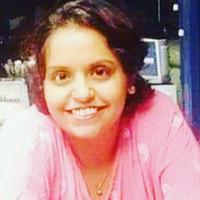 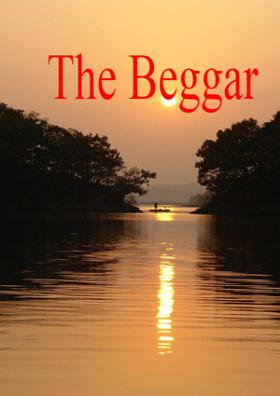 Demons of the Daylight