Yeah. It's possible for you to connect with a person in Antartica only if he is still alive there bearing the cold. Connecting people is ok. but what about connecting your minds, your souls???. Don't ever ask such silly questions. Now we even have a lot of matrimony sites. You should definitely try that. You know, If you gave them your present details, they will tell your future. When you marry Rahul sharma, after 7 years definitely one of you gonna die. That's what the horoscope says. So, don't take any risk. Just dislike his profile. That's when my friend asked me "how can you marry someone without having the ability to stand alone?". Oh god! It came again. STANDALONE.

The articles that came up on my mobile screen doesn't sound well. So I asked my mother, my father, my brother, my friends, cousins. . . . . Everyone was saying their own kind of stand alone. So I realised that I can't agree with all these. I was not satisfied by their replies. I felt confused. So I stopped asking other's opinions. Decided to stop all the rubbish talks. Told them that I can't agree with you. And walked away from them. And I 'stood alone' in the bus stop, dreaming of getting into a bus which takes me to my destiny. A bus named 'DREAMS' which can travel both in the highway and unpaved roads. . . . . . . . . . ! 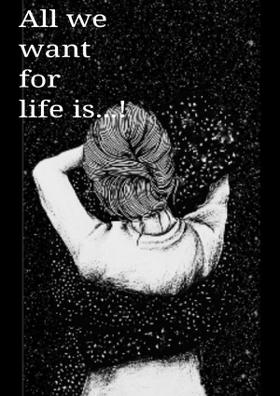 The Woman I Loved