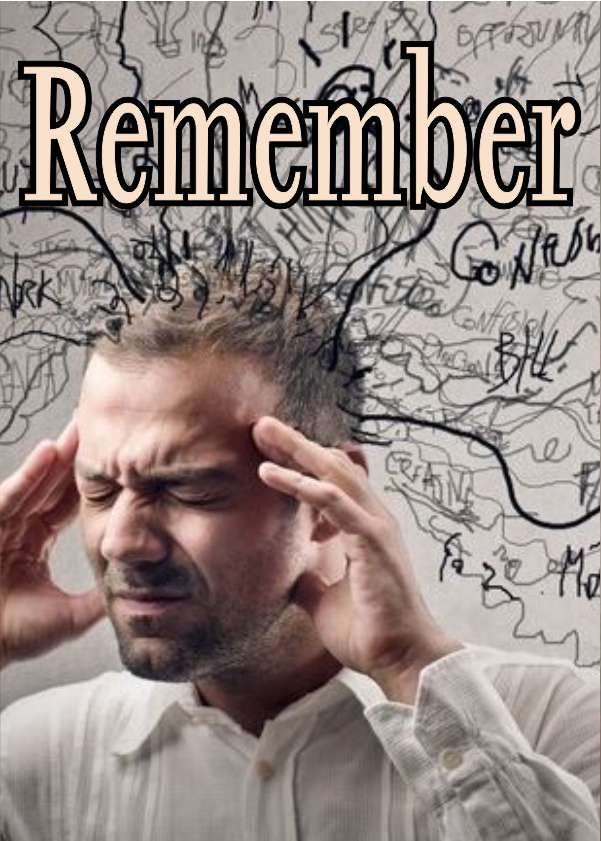 It was a heavy downpour of rain when Vihaan got out of his office building. He was already behind schedule, and the thunderstorm was just another hurdle he had to pass to reach home as soon as possible. He didn't even have an umbrella with him.

Without thinking twice, he ran as fast as his legs would support him. His light-blue shirt had now become dark-blue. The smartphone in his pocket worth forty thousand rupees could get dysfunctional at any time due to water, but Vihaan didn't seem to quite worry about that. All he wished for was to reach home before it was too late.

Vihaan looked at his watch as he was hurriedly climbing the stairs to his apartment floor. The elevator had chosen a really bad time to be faulty. The urgency to reach the apartment led him to trip over the staircase.

An olive-sized cut on his brow and the blood oozing out from it made Vihaan drowsy. But, he didn't care about the wound, as he had something more important than that to his concern. However, to reach the 17th floor, it would take him at least fifteen minutes.

“How could I be so late!” was all he could think.

Anika was in her room, toying with a pen and a notebook. She wanted to write something, but wasn't able to. Everytime she would think of an idea to work upon, she would forget it the moment that pen touched the paper.

She looked out of the window, and all she could see was the road getting wet by the raindrops. She saw a guy in a formal light-blue shirt running in those rains completely drenched, without an umbrella.

“Poor guy, must have forgot his umbrella at home,” she believed.

Anika craved for that hot vada pav, especially when it was raining like there was no tomorrow. During that moment, all she wanted to do was to get down, go to that stall, and purchase it.

Anika's phone beeped. It was a text message from someone, but Anika didn't care to open her phone and check it. As she was starving and didn't have anything to consume, she decided to go down and buy something. She took her purse and her umbrella, got the apartment keys, and went outside in the living room. However, when she tried opening the door, it wouldn't. She tried hard, but in vain. She thought someone might have locked it up from outside. Discomfited, she came back to her room.

Drained out of all the energy he had by just climbing up the stairs and not reaching his apartment anytime soon, Vihaan stopped for a second, composed himself, took a long, deep breath, and started climbing up the stairway even faster than before. He was dog-tired, but was still moving as fast as he could.

Roughly after twenty minutes, he reached the floor of his apartment. Vihaan let out a sigh of relief, and knocked the door. His dad opened the door. Tired and exhausted, Vihaan promptly got inside, bolted the door, and lied down on the couch with his head facing the ceiling.

Jaideep came out of the bathroom, washed his hands, and dried them with a towel. He switched off the fan in his bedroom, and went out to sit in the hall.

He took the newspaper and started solving the crossword, only to find out that he hardly knew the answers to those questions. With a melancholic face, he kept the newspaper back in its place, and pressed the power button on the TV remote.

Surfing through a few channels, Jaideep couldn't find anything that interested him. It appeared as if he was pretty much uninterested in everything around him. He got up and started strolling inside his home. While roaming, he found a picture of a family, enclosed in a photo frame with a cracked glass, kept beside the TV. He couldn't remember who those people were.

As he was observing the picture carefully, trying to force his brain into remembering those people, someone knocked on the door. Jaideep opened the door and a guy hurriedly entered the apartment. He looked at Jaideep, and without a second thought, he immediately closed the door. He went and lied down on the sofa.

“Who are you? And what are you doing in my apartment?”

After bargaining with the vegetable vendor to save a few rupees and getting some extra dhaniya for free, Gayatri put all the vegetables into her big cotton bag. She paid the vendor, and got out of the market to the main road to catch a rickshaw.

She was already rejected by four auto-rickshaws, but the fifth one finally agreed to drop her at her destination. She hopped inside, kept the vegetable bag aside, noted down the rickshaw number, and texted it to her daughter and her husband.

When she reached her building, she paid the driver and approached the lift. She opened her apartment door, entered inside, and called out her daughter's name. There was no response. She called out again. Still no response.

Gayatri’s heart stopped beating for a second. She rushed to her room, and found her daughter sleeping peacefully. She sighed.

Now that she was at ease, she refreshed herself, talked to her husband over the phone, and started preparing for dinner. Accidentally, a few vessels fell on the floor, that caused a lot of noise. While picking up the utensils, she heard her daughter shout.

Anika came back to her room, switched on the fan, and collapsed on the bed. She saw the message. It was from her mom.

“Huh, strange!” she thought to herself.

She kept on observing how fast the blades of the fan were moving. Before she even realized, she was asleep.

She was in a completely different reality in her dreams. A few hours later, she woke up feeling refreshed and energetic. However, she couldn't remember what she was doing before and how did she fall asleep. Keeping all those thoughts aside, she got up from the bed and went to the washroom to wash her face.

As she was looking at the mirror, she heard a noise coming from the kitchen. Startled, she rushed there to see who it was. She found a lady, probably in her forties, picking up the the utensils from the floor.

She didn't know that woman.

“Who are you? And what are you doing in my house?”

“Dad, it's me, Vihaan. Look at the photo you're holding in your hand.”

Jaideep looked at the photo. The young guy in the picture looked exactly like Vihaan.

“Why are you calling me your dad? And how do I have your picture in my house?” Jaideep asked.

“It's okay, dad. Relax. It's time for you to take your medicines. Come on, I'll help you out. You rest for a while, and then we'll talk about who I am.”

Jaideep was confused, but Vihaan persuaded him to take his medicines and sleep for some time.

“Anika, I am so sorry. I didn't want to wake you up. These vessels fell down by accident. You go back to your sleep, beta,” said Gayatri.

“That's not why I woke up, but who are you, lady? How did you enter? And how do you know my name?”

“Relax, it's all right. I am your mother. You can't remember that. You are going through a bad phase. But don't worry. Everything will be okay. Don't panic. Go and take your medicines now. They are kept in the right drawer beside your bed.”

Anika was confused, as she didn't know this lady at all, but she knew everything about her. Without any other choice, she decided to believe her. She went and took her pills.

Vihaan saw his dad sleeping. Gayatri saw her daughter sleeping. Even though they both tried to control, a tear eventually rolled down their eyes, realising how painful their life had become. One had a genetic illness, while the other lost memory due to an accident, causing her mind to reboot every time she slept.

“I promise to take care of you for as long as I am alive,” Vihaan and Gayatri thought.