We parked the car on Wilshire Boulevard, thinking that we might have to make a quick getaway. We felt like bandits as we left the vehicle, wearing big bejewelled shades that we found in the car; Dani’s mother had left them in the glove compartment. The late afternoon sun shone off the buildings, burning sunspots into our eyes through the cheap plastic lenses of our sunglasses. I closed my eyelids. The sunspots faded from indigo to orange to red.

“Of course,” I answered, opening my eyes and adjusting my grip on the blue plastic bag. I ran my other hand up and down my shirtfront to make sure I hadn’t put any of the buttons through the wrong holes. I wanted to look nice for her, even though she wouldn’t be seeing me.

The lot looked too cheery to be a cemetery. Sunlight leaked through the hedges and tree limbs, scattering baseball-sized spotlights across the close-cropped lawn. The tombs and gravestones were decorated with flowers and little stuffed animals, kept impossibly white by the manufactured lawn. The smell of cut grass, jasmine, and freshly opened plastic swam in the warm air. It was a distinctly Los Angeles kind of smell and I wasn’t used to smelling it. I began to feel dizzy. Losing my quondam confidence, I paused in the asphalt driveway, swaying back and forth with the light breeze that swept the scent of the place out into the crowded boulevard.

Dani walked on a few steps, turned, and squinted back at me. “You ok?” she asked.

I could read the impatience in her stance. Dani knew that our little excursion would bring unwanted attention if we waited too long. She had heard stories of uncomfortable run-ins with the caretaker, of friends who had had to come back with cleaning supplies to wipe the slate clean. These stories represented the minority, but it was not Dani’s way to flirt with trouble. She didn’t feel comfortable rushing me either. I had come all this way. Standing legs akimbo in her simple black flip flops and white cotton sundress, passing a hand through the soft curls of her auburn hair, she had the look of a reluctant chaperone on an elementary school field trip. The effect was heightened by her garish mom-type sunglasses. I shook my head a few times and walked on.

The cemetery itself is small, though it houses some of the biggest names Hollywood has ever seen: Dean Martin, Rodney Dangerfield, Roy Orbison, Truman Capote, Jack Lemmon. I could almost hear the chorus of their inflated egos rising up through the ground. But where was her voice?

“Over here,” Dani called from the corner of the lot, where a concrete overhang shaded a grid of granite rectangles, each embossed with a bronze plaque. It took me a second to realize that the boxes were graves. As I drew closer, Dani gestured to one of the plaques, but I didn’t need her help finding the right one. While the other granite slabs were still their natural greyish white, hers had been dyed pink, no doubt by the lipstick-heavy kisses that fans like me brought day after day, year after year.

“That’s it?” I asked, unable to conceal my disappointment.

“That’s it,” Dani confirmed, glancing uneasily up at the black iris of a security camera angled directly at us.

I took a seat on a concrete bench, letting the bag fall to the ground. I stared, saddened by the sight of this gem, filed away here like a common stone. Although I never met her, I grieved for her then in a way that I was never able to before, and haven’t been able to since.

“Do you want some help with the—?” Dani asked, waving her hand in front of her mouth.

I nodded slowly. She sat beside me and withdrew the cheap lipstick from the bag. She twisted the bottom and then my head, positioning my face so that it caught a few rainbow specks of sunlight, refracting through a prism atop Ray Bradbury’s grave. When she was done, she had me fold my lips in on themselves. Then she had me pucker.

“Perfect,” she said, and for the first time since we left the car, Dani smiled. I couldn’t help but let the corner of my painted mouth turn up.

“Do you think I look pretty?” I asked.

“Beautiful, Doll,” she said with a giggle.

I stood up and took a step toward the grave.

“Wait!” Dani called, “aren’t you forgetting something?” I turned and found her holding forth the Chanel No. 5 that I had bought earlier that day. “Can’t forget that.”

It had been a struggle to find it and then, when we got to the counter to buy it, Dani had almost made me put it back. “It’s not worth it,” she had said, referring to the exorbitant price that they were charging for a miniscule bottle of the precious fragrance. But it was worth it. It was worth it because without Chanel No. 5, she would be naked. She deserved more than the immortalized nudity that her biographers fought so hard to preserve. They all wanted to strip her down to her bare skin, to see her as one simple thing, to use her as a symbol for anything and everything. But despite their best efforts, she remains a mystery, clouded in her signature scent, forever. And the mystery, the drama, the sadness, the beauty of her life were all gifts, freely given. She gave herself until there was no more of her to give. The least I could do was give something back.

I popped the top off the bottle of perfume and held it facing my torso, like I would a can of body spray deodorant.

“Wait!” Dani called again, “I can’t, in good conscience, let you waste it like that.”

She took the bottle from me and sprayed a tiny bit onto my wrist.

“Now rub,” she showed me how it was done, rubbing her wrists together and then dabbing them on her neck. I did as I was shown and soon, I was enveloped in the sweet scent of Marilyn.

“Now,” Dani said with the voice of an artist adding the final touches to her masterpiece, “you’re ready.”

I turned and faced the grave once again. I approached it and read her name in the worn bronze plaque. Marilyn Monroe, 1926-1962. Thirty-six years old when they found her dead in her room in a pile of soiled sheets. Who were they? I wondered and sighed, knowing that we will probably never know for sure.

As I leaned in and planted a firm kiss on the granite, I tried to empty my brain of all thoughts except one – “thank you.” I held my kiss for a few moments, thinking of her. I saw her laughing, a fingernail dangling precariously from her mouth, that one fingernail seeming to balance the whole of her arm from its delicate perch. I saw her crying, no make-up on, howling into a pillow after one of her three divorces. I heard the catcalls she endured and the invectives she threw back, reducing men to what she knew they were: baboons and bonobos. I held my kiss because I never knew her, even when I saw her on screen or in my daydreams. She wasn’t the things we thought about her because she was and will always be more than these things. She was a person. As I parted lips with the cold, salty, pink granite, I remembered, she was a person.

Dani and I walked back to her car, hand in hand. We didn’t hurry, there was no reason to. The fantasy, jointly imagined, of the two of us as renegade graffiti artists, adorning a grave with our homage to its occupier, that had faded. We were left with what we were: two children playing at symbolism in an empty graveyard.

Listening to the sound of the gate ratcheting closed behind us, we climbed into the car and Dani blasted the AC. She placed the blue plastic bag in the console between the seats. The sun had already begun its descent below the horizon and its reflection off the buildings was a softer shade of orange, no longer punishing to the eyes. I felt tears welling up and I tried to hold them back but they overpowered me. I let loose a choking sob and suddenly, Dani’s arms were around my neck.

“Yes, she is,” I said, sounding defeated and angry, “she slept alone her last night on Earth and she’s slept alone in that fucking box every night since 1962. She’s going to sleep alone tonight, and tomorrow, and every night.”

“How do you know?” I almost shouted.

Dani separated from me and drew back. She smiled, peeking over the rim of her sunglasses so that I could see her eyes. She reached down and patted the blue plastic bag between us. “Because she’ll sleep here. She’ll sleep in my car forever.” 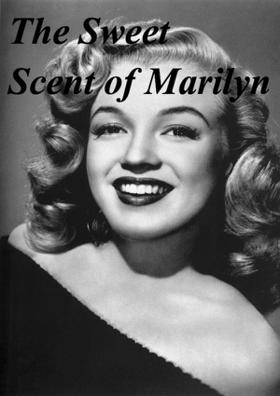