A young nurse - June D'Souza opts to work in an old age home soon after completing her graduation. She befriends a sweet old lady named Ms Sheena there. Sheena tells her about her clandestine love with whom she could not share her life with. June's posting is shifted to the second block of the Home after completion of two weeks. Read on -

The silence in the second block was so horrible that you could hear your own heart-beat without the aid of a stethoscope. Most of the inmates were not able either to walk or talk. They were completely bed-ridden. I was feeding porridge to Mr. James Mathew, when his maid arrived. His maid visits him every alternate week and brings whatever he needs without fail. He suffered from stroke six years ago and left half side of his body was paralyzed. He could not speak coherently so he used to write it up. A pen and a notepad were always his companions. After having food, he drifted to sleep.

”You are a new one isn’t it? I know most of the nurses here,” His maid asked me.

“How long you have been working for Mr. Mathew?” I asked.

“Thirty years” She said ”I was brought in to take care of the baby when his wife died during childbirth.”

“He is a kind-hearted gentleman. He didn’t marry again. He devoted his entire life for taking care of his only son. He was the best father I have ever seen. But that self- centered, egoistic son of his, never cared for his father. He went abroad to study and got married there without even asking for his father’s consent. But Mr. Mathew bore no grudge against him and blessed the couple. After sometime he called Mr. Mathew and asked him to sell their ancestral house and property so that he could start a new business abroad. Mr. Mathew readily agreed as he thought that now he could stay with his son. But that greedy one took the money and dumped his father here. I am sure Sister that he has suffered from stroke only because of the trauma that the incident has brought upon him. He trusted his son completely. It was too late before he realized that the meaning of trust exists only in a dictionary. It has a meaningless existence in this mean world.”

I was totally numb. I didn’t know how to react …. What to say?

I walked to the window. I saw a bird’s nest on a tree near the window. The mother-bird was feeding her three hungry kids. In a matter of days, the kids will grow-up and fly away and their mother will be left alone in the nest.

‘Is this the reward she deserves for all her toiling?’ I thought.

The last phase of life is similar for every living –being, thrown into a long night of loneliness that ends with merging into the darkness of death.

’Will the mother-bird curse her kids for leaving her to perish alone?’ I asked myself.

‘No…. parents can only bless.’ replied my inner-self. ‘Even if children forget that their parents exist….much before nature erases their existence. But that’s called true love. When you truly love someone, you don’t expect anything in return….not even love.’

“He’s really a very strong man. His life was not easy. But still he survived everything. If I were in his place, I would have died of broken heart much earlier.” said the maid as I returned my focus to Mr. Mathew.

“Do you know he has got a magic-box? I saw him gazing into it whenever he is sad. I don’t know what is in it. I never dared to ask him. He always keeps it in his bedside table-drawer. He says that magic-box gives him strength to survive everything.”

“Does Mr. Mathew have any siblings?”

“A sister, but she is an old-lady herself. Her husband died some ten years ago. She lives in a small apartment with her maid.” She said, “Oh, it’s time for me to leave otherwise I will miss my bus. Then I will have to wait for another two hours before another bus arrives. Please do take good care of him.”

I looked stealthily at the drawer. The suspense was killing me. Mr. Mathew was fast asleep. I slid to the table and opened the drawer without making any noise. There was a small blue colored box. I opened it. There was an old photograph, with torn edges. I picked it up. It was the picture of a beautiful girl in her early teens holding a doll in her hands.

’May be his sister’ I told myself. I replaced the box into the drawer. It was time for me to leave.

While descending the stairs I met Sister Christy.

” I was coming to you dear.” She said with a sweet smile. I was really in love with that smile of hers. “Tomorrow is my daughter’s birthday. We are having a party. Please do come to my home.” 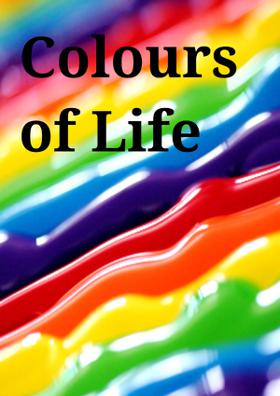