Enveloped In His Perfume

Enveloped In His Perfume

It was supposed to be a stressful morning, from the ill prepared test to eye bags she had gotten from the nightlong conversation about matters that mattered to her the most. However, she was light and bouncy as if her mood prophesied the events that'd paved her way for the day. She received a call from a classmate which catalyzed the meeting she had been longing for; for a month now. She wanted just one relief, a relief that'd come only if he'd hold her as if she was a delicate flower, too limp to stand by itself. A relief that'd deliver her from a yearning that was comparable to one's death wish. She had resisted it for too long and now it had come with such a visceral force that she surrendered to it and grabbed the only chance to see him. She missed the lecture she had woken up for to yield to her only longing. Reached his room to see him dressing up, a sight she'd give her world for. She landed on the chair with a thud, breathless as always, given the numerous stairs (of conscience too) she had climbed to reach there. Occasionally, she lifted her eyes to see him, in his majestic supremacy. Once he was dressed he came and sat next to her. Her gaze remained fixed to her bag that lay near her. He lifted her chin with his hand and beckoned her to look into his eyes while she was too shy to do so, on that particular day. Against his conceptions, her heart had always remained still even when his nearness engulfed her. This time again, he asked her if she was vexed upon something and gently took her hands in his. She clasped his hands as if she was waiting for them and replied that although she had all reasons to freak out, she was at peace. He caressed her hands to which she smilingly remarked that she'd grown too firm to be seduced. He kissed her hands and she further shrank in herself, too delighted to face him. He stood up and hugged her while she remained still. He laughingly said that it was difficult to encircle her if she'd remain sitting. She flung herself in his arms and felt her wish had been granted, her yearning satisfied and her soul filled to the brim. He held her so tightly, revealing how badly he was waiting for her. He beckoned her again to look up which she couldn't and her lips couldn't stop smiling their widest as she managed to find a shelter in his chest. Two minutes later into that moment and she was in the air, taller than him, he lifted her so effortlessly. Her words betrayed her when she beckoned him to set her on the ground while she actually wanted to be lifted for long. Both of them were getting late for their respective engagements in college and made an effort to let go of each other and head towards the college, but in vain. It was as if they just wanted to cling to each other for another hour which of course they didn't have. He stepped away from her as she packed her bag. The unsaid, unheard upsurge of emotions made him embrace her again and she was almost expecting it when he did; given he'd always step back to wrap her even more passionately. He felt her lips, his fingertips tracing the contours of her soft lips and doing so he lowered himself on the bed, with her on top of him. Slowly and lovingly, they rose and readied up for college. She combed her hair as he stood behind her watching her in strange amazement. She wanted that moment to freeze, for she had never seen them together. With that loving gaze into each other's eyes through the reflection glass, they reflected how much they adored each other. With a morning as bright and warm as this, she went to college to gather innumerable compliments that her blushing cheeks could get in her life!

P.S. An hour later, as she sat in the hall to write her test, she accidentally smelled her wrist which gave away a strong, familiar fragrance and wondered how she hadn't applied her perfume that day and yet bore that smell. A minute later she remembered the morning episode and witnessed herself smiling, as the minutest details flashed on her mind's screen. 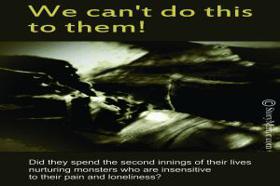 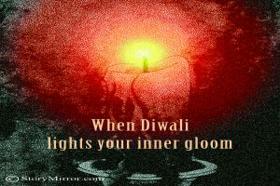 Story of Gautam, a simple guy from Tamil Nadu, who falls for Reshmi, a girl who wants to be a choreographer.. Know the beauty of struggle in marriage. Hearts are not broken. They're bludgeoned. 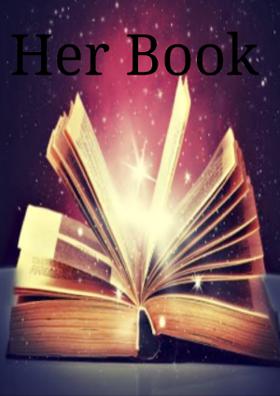 Parley was not like any ordinary book of its kind. It was divided into segments. It explained about itself throughout it... The story of love, betrayal and survival, story of a girl with an unfortunate blessing... A desperate wife feeling scorned. A helpless husband unable to live happily with his wife. A good friend trying to help.... Shilpa is a successful woman at the top of her career. She feels time has slipped and she wonders what life holds for he... This is not a love story. It is a marriage story. A story that unfortunately is quite too common in our culture. 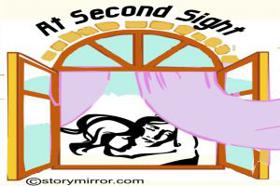 Asking is mere agony,asking for life, asking for a thing you cannot give. but if you don't ask, you might not have the c... Love is a beautiful feeling they say. But what happens when it banks on uncertainty? Have you ever been in love? Been heart broken and gone through the numbness that unrequited love brings? Then this story... The story describes the thing of the past in love. Keep the letter as secret The green was blooming all over again, but this time in its true very essence. 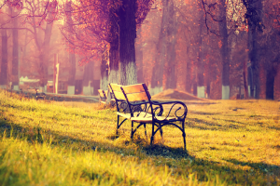 Love is powerful enough to make us do unimaginable things. It can bring out the best or worst in us. It can drive us cra... Things You Can Do...

So finally you also came in the same situation. You love someone but maybe it’s not sure from the other side. She chat ...