Opening the dimensional rift and running away to another dimension had seemed like a pretty decent idea of Ryan, a few hours ago.

Not so much, right now, he thought, as he floated around the cosmos. His thoughts drifted to his parents, their faces, their smiles as they succumbed to their wounds from the war. He clenched his fists in anger. Suddenly, there was a flash of blinding white light and everything went black.

Sweat poured down Rey's face. She had to beat them this time, no matter what. It was the second time she lost in the finals for rock climbing and she wasn't keen on doing it again. She was jogging at the park, on her fifth mile, when suddenly, the ground shifted, and a boy seemingly falling from nowhere, missed her by a hair's breadth and banged his head on the pavement.

For some time, she just stood there, shocked. He seemed to be knocked cold. She studied him closely. He looked about twenty-six, her age, with raven black hair, and sharp features. If she didn't know better, she would've said that he looked like her. But that was impossible, so she quickly got the idea out of her head.

His eyes flew open. They were gunmetal grey. He took one look at her, jumped to his feet and ran as fast as his legs could take him. Rey ran after, caught up with him and pinned him to the ground.

"Who are you?" she demanded.

"There was no helicopter or jet in the sky when you landed splat in the middle of the pavement.".

"There were no high-rises or skyscrapers in sight.".

"Okay, okay, calm down," he raised his hands up in defense."I'm a Dimension-hopper. I came here to escape fate. Say, you look like me."

Startled by the sudden change in subject, she took a step back.

"That doesn't matter!", she cried ,"Why did you try running away from me?" she asked.

"Well, if I had any idea I was competing against a marathon runner, I wouldn't have even tried." Ryan smirked "If it helps, I'm also a marathon runner. You must be twenty-six. Are you a climber, a drummer and do you show an odd liking towards obscure music genres?".

"That can't be a coincidence...Uh oh"

Rey didn't like the sound of that. 'Uh-oh' can never mean anything good when spoken in that tone.

"Rey, I am Ryan. I'm you from another dimension".

Rey did not know how to react, but before she knew it they were running for the train. When she asked him where they were going, he just shrugged casually and said that they were going to prepare the world for the Great War, as if it was completely obvious.

"There aren't any wars!" she yelled.

"Women rule the world over here. Look around you." Ryan did, and he saw that women here were mostly law enforcers and entrepreneurs, looks of strength, independence, and self-reliance in their eyes. It seemed almost like a weird feminist utopia- except it was real.

"All these women made their own fates, eradicated poverty, and restored order to this world. You can learn something from them".

"Hey, that was uncalled for", Ryan said.

Rey laughed. She was starting to warm up to her new accomplice.

They'd reached their stop. Rey saw her friend and waved hello. It was Joanna. Ryan mumbled something about his friend Jonah from his dimension. Apparently, that brought back bad memories as he gritted his teeth and clenched his fist..

But then, he looked at Rey, into those gunmetal grey eyes, similar to his. He thought about how spending just half an hour with her had given his life meaning.

Rey was happy for the first time in her life. All her life she had been taught that winning was her goal and that she to make a name for herself, but with Ryan, she felt relaxed and like she could be herself. Ryan did not judge or criticize her. He was going to be a great friend.

A year later, both our heroes were well settled- with everyone buying the story about them twins separated at birth and given up for adoption. This was partially true as both of them were given up for adoption, just not in the same dimension. One day, Ryan asked Rey if she knew what a dimension hopper was.

"Yes." she nodded "People like you who go to other dimensions to escape fate".

"I had hoped that you wouldn't remember.",Ryan sighed "Throw her in with the others," and his comrades bound her from behind taking her completely by surprise. Her kicking and screaming was much to the annoyance of her captors .They locked her in a room with a ton of other women and killed them with toxic gas. Her eyes widened as she was engulfed by the black fumes.

Ryan had formed a rebellion in that one year. After a while, the world did end by war.

But while the entire dimension was at war with itself, Ryan was opening another dimension rift... At The Bottom Of My Heart Days Before I Remember My... All in one World 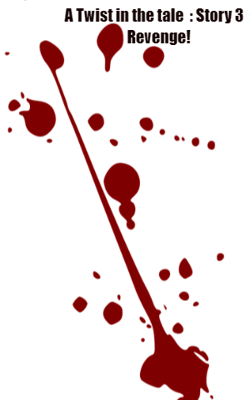 The Twisted Case Of Alipo... 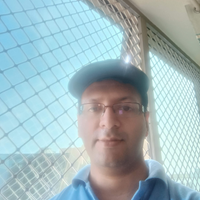 The Adventure of a Cowboy