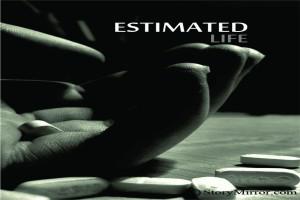 “Life is the most precious gift of God to mankind. Life is an ice-cream, eat it before it melts. Life is an adventure, live it to the fullest.” I grew up hearing these metaphors on life from my parents and teachers and had the conviction that despite all odds, life is beautiful and far more precious than all the riches of the world. Little did I know then that one day, my friend Moni would prove this wrong and leave me wondering – Is life really precious or does it just melt away even before we taste it?

Moni had attempted to commit suicide twice and no one knew why. Her only response to all those excited and pleading questions from various quarters – parents, neighbors, relatives, teachers, doctors and police - had been a blank look and an apologetic smile. She pretended as if suicide attempts were some kind of a game to seek attention. People, who cared for her, chose their words very carefully while admonishing her so that their endless lecture did not trigger any more thoughts, which were even remotely close to death or dying.

Apparently, by normal standards, nothing is wrong with Moni. She is like any other twelve-year old school going kid, fairly serious about her studies, playing in the lanes of the colony with friends, every evening. Once the suicide episodes are over, she acts normal as if nothing has happened. Strangely enough, maintaining that kind of poise and composure at this age is quite incredible. During summer vacation, she camps in my house every afternoon watching repeat telecast of some music reality show or super emotional drama.

She came the very next day once she was back from the hospital after her second suicide attempt. I searched her face for some signs of regret or sadness, but did not bother her with any sermons or questions. I let her be. She sat on the bean bag humming to herself when I asked playfully, “Don’t you want to get married and have children Moni?” Keeping some stupid therapy in mind, to treat kids like adults, I posed that question with a conscious effort not to probe anything about her suicidal tendencies. She nodded her head. I admired her frankness. I sat close to her on the floor and let my head lean on her lap. She immediately began to run her fingers through my hair. She always loved doing that. “Okay, then let me look for someone for you so that I can get you married before your third suicide attempt,” I waited for her to react. “You cannot get anyone that soon,” she promptly replied. I choked, attempting to understand what she meant. “I will be eating those again two months later.”

I stared at her, unable to believe what she had said.

The determination in her voice was so blatant that it seemed as if she was talking about her exams which she would be taking in two months. While I was dying to ask why,  I refrained. Instead, I asked, “Where do you get those from?” keeping my voice as casual as possible. “Those are mom’s. She is quite stressed you know, because of her office pressure, lots of expenses, granny is not keeping well, dad’s business loss, my school results, so she needs these to sleep.”  Her maturity struck me as really odd. The kid must have seen things, which I have not. The knowing look she gave me sent shivers down my spine. I still refrained from asking why she wanted to attempt again. I bit my lips to swallow the question I was so curious to ask and keen to know. While I was just contemplating about telling her parents about her intention and thinking of a way to communicate this to them, she spoke softly as if she had read what I had been thinking, “Don’t even think it. It will not help even if you try to caution them beforehand. They cannot stop me. I have to stop them.” The shivers grew again. Something about her stiffness made me conclude that I might attract more danger by speaking about it to her parents. I let that bit of information ruin my soul and peace for over a week.

A week later she went to her granny’s place as her health was deteriorating. Moni’s mother returned from her parent’s place within a week to attend a very important  conference while Moni opted to stay back for another week. I chose this particular time to tell her mom about what Moni had confided in me and that it was not safe to keep Moni at her granny’s place all by herself. Within two days, Moni was brought home. I was waiting for her to come to me after school. I had prepared some fruit custard that she loved and I was sure she would ask for a second serving. I was smiling to myself at the thought of surprising her. I was just thinking of creating some story about having found a suitable boy for her and watch her giggle.

It was long past 4:30 pm, Moni’s usual time to knock my door. I decided to take the bowl of custard and headed towards her flat, a couple of floors down. I could hear unfamiliar sounds, even screams and it took me a while to distinguish the noises which included crying and wailing as well. I did not wait for the lift and rushed down the stairs. “It is not two months yet.” I kept whispering to myself. I regarded her words like some universal law and wanted to believe nothing in this world should change that. I heard someone ask, “Where is Moni’s father? Does he not know?” “He is bringing her from the hospital. They had to stitch the mutilated body. It’s the 5 pm local train.” The details poured in while I continued chanting, utterly confused, “It is not two months yet.” I had the custard bowl still gripped tightly with both my palms, as if it was my only support to maintain balance, little realizing that I had dropped the content long back on the stairs and over my clothes. Even in that state of mind, I was trying to recall the exact words she had told me. I was trying to reason out with logic while all I was supposed to do was cry. She tricked me, cheated me and got me to believe her. “I will be eating those again two months later. It will not help even if you try to caution them beforehand. They cannot stop me. I have to stop them, I have to stop them.” I remembered her innocent look and shy nod when I asked, if she wanted to marry and have children.

After all, Moni could not stop them. A case had been filed for the suicide.    Her mom told her this morning when she was wearing her school uniform. Moni’s calculation of two months had failed her there.