Who Will Shoot First?

Who Will Shoot First?

A man of about six feet one inch entered in a luxurious hotel. He wore a long black coat. The serious eyes of his were adding much more to his personality. He seemed to be a man of power and bold nature. The hotel room was lit up well with colourful lights. The interior of the hotel was mindblowing. He instantly found an empty table, pulled the chair and sat in. And that man was me, Shaman (It is me or I).

I was thinking deeply about my current situation. I had just come here after killing a police officer! Because he was not allowing me to sell drugs. So, I had to kill him. Up to now, I had killed many. Whoever came in my way, left this world. In my business, there is only one job to do i.e. sell drugs. To sell drugs had become only my motive that I must fulfil at any cost. I never cared for police or other gangsters. Whoever came in my way, got a sharp bullet directly in the centre of their foreheads.

The waiter quickly came to me and replied, “Yes, sir. Would you like to order something, sir?”

“Ok sir, anything else sir?”

“No. Just fetch me some wine.”

“I think you should order something more.”

I changed the angle of my serious eyes and directed my eyeballs towards the waiter. The waiter began to look at me seriously too. For about thirty seconds we went on looking at each other without moving an inch. His eyeballs got fixed on my eyeballs and I had also become fully alert of his moves. Then he said, “I want you to order something more because it is your last order Shaman!”

He at once threw the small diary where he supposed to write the order and put his right hand at the back of his pant and took out the loaded mouser quickly. I was also fully alert of his moves. I came to know fast what he was about to do because I had been in this field years ago. Within a fraction of a second with a thunderbolt speed, I took out my loaded mouser too and aimed at directly at the centre of his forehead. He was pointing his mouser at me and I was pointing my mouser at him. By looking at this dangerous scene panic struck in the common public. They all began to shout. Some sneaked outside the hotel. But some got paralyzed with fear and was stuck in the hotel itself.

He said, “Don’t worry, I will tell you who I am before your death!”

I said without any iota of fear in my eyes, “Don’t be a fool. I can shoot you before you shoot at me. Tell me clearly, what do you want?”

He said heightening his eyebrows, “I want your death.”

“What my dad did! He sold only some drugs without your dad’s permission.”

“It is the gravest crime in our world. If we don’t control such acts, then nobody will obey us and our full business will collapse. It is the only reason that my dad killed your dad.”

“If you still feel that your dad was right and my dad was wrong. Okay, don’t feel so, it is your choice. But I am his son and by killing you I am going to do the duty of a son.”

“Hey, just think up to now, I could have pressed my trigger but I didn’t do it. I may not be the man you want to kill.”

“Haha, we are at the same situation. We both have equal reason to fear the same intensity of fear. But I think you are fattu (coward) than I expected! If you dare, shoot me, try to shoot me, come on, why are you not pressing your trigger? I am not so idiot who can not recognize the killer of his father. I have been chasing you for the last five years. I have all the snaps of you for the last five years. My detectives were always behind you.”

“For the last five years, you have been following my snaps. But have you ever followed me? You don’t even know me! I have never seen you ever before. We never talked before. You know only my face but not me.”

“It doesn’t matter. For me, it is enough that you are the son of a dog who bit my dad!”

“What?” His facial expressions changed all of a sudden.

“I wanted to kill him with my own hands. Which bastard has killed him?”

“That bastard was me!”

“What! You killed your own dad!”

“Because he killed your dad!”

He didn’t speak a word. He was expecting me to say something more.

I added, “I know Loyalty is the only law in our business. But just for selling drugs without his permission is not a good reason for killing a person who worked for him for years and earned him millions of rupees. At most, he should be expelled from my dad’s business.”

“But just a minute ago, you told me just the opposite.”

“That was also true. But I don’t believe in the present law of our drug business that a man should be killed if he sells anything without his boss’s permission. I wanted to change it. Therefore, I shot my dad in the exact centre of his forehead and usurped his Black throne of the drug business. Do you still want to kill me?”

Our mousers were aiming at each other. The persons left in our room were looking at us. They were not even trying to run in the fear that because of their created panic they might be shot. They must have been thinking. Who is going to die? Who is going to live? Or both are going to die?

One minute more passed in the same suspense. Neither I nor him spoke. Our faces had turned very serious now. Sweat drops were running down from our foreheads to the floor.

I again asked, “Still, you want to kill me? I don’t think now there is any reason for killing each other. Just think, we can start afresh. You can join me in my drug business. Profit will be fifty-fifty. Just think about it.”

He thought for a while. Then he lowered his mouser. He said, “Yes, you are right. There is no reason for killing you now. I want to join you. But remember profit will be fifty-fifty.”

I too lowered my mouser and smiled, “Well, that’s great then.”

“Your fifty-fifty profit offer is good Shaman. And you did the right thing by killing your dad. Yes, you are right.”

“But you are wrong now!”

With a lightning-fast speed, I again lifted my mouser pointed at the centre of his forehead and the bullet pierced his forehead making its way out from the back of his head making a long narrow hole!

I said with a cruel smirk on my face, “Loyalty is the only law in our business. No loyalty means death! I killed my dad, not for your betrayer dad. I just simply killed him because I wanted to usurp all his powers in the business!” 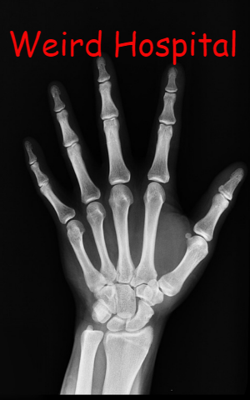 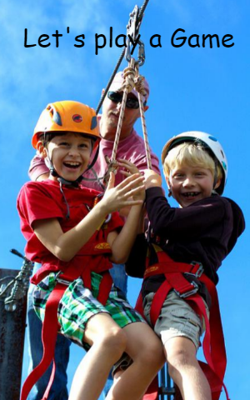