How Can A Story Never Die

How Can A Story Never Die

"Is everything set?", she murmured to herself in a hurry as the doorbell beckoned her for the third time in a row. "Don't be silly!! This isn't the first time Maya!", she said reprimanding her nervousness. Then taking a last look at herself in the mirror, she put up a smile brightening her countenance and went straight for the door. There he was!

There he was, standing right in front of her staring unswervingly into her eyes …. In the dim light of the corridor added with the little that was coming from inside, he could see her. She was in a black knee length dress with laces and ruffled sleeves ---the same that he had bought her on her last birthday. Her earrings were dazzling like diamonds and the silver pendant---a memory of her dead mother, was shining even in the faint glow.

Walking in, he glanced through the room ----it wasn't just every other day and each object enclosed within those four walls seemed to hint at it. The house was veiled in a robe of darkness with the dim light of numerous colourful candles embroidered as sequins on it …. More than the candles, the resplendence of her smile seemed to light the room with the brilliance of a thousand suns …. And looking into the fathomless

depths of her eyes he lost himself in a labyrinth of memories….

The clinking of cutlery abruptly dropped him in the realm of reality. Slowly a soft euphony crept into his ears coupled by a feeble sweet humming. Looking around for a moment, he figured the short, well built silhouette moving about the room with almost the swiftness of a hare … humming to herself and making the last minute preparations

"And the table is ready sir!" ----she whispered with a smile. Dragging all the fatigue of the day behind him, he walked to her … As her perfume coalesced into the warm smell of daylong sweat on him and as they together blended into the scents of the candles, she slipped her soft tender hands into his assuring rough grip. They drew closer and in the curious interplay of light and shadow his lips gently kissed her forehead. Time stood still as they paused in each other's arms as if finding the most promising solace of their lives …

In an attempt to wipe off her tears he said, "Now that I am really groaning with hunger, can we …?" As they settled down, she closed her eyes and with the silver pendant held tightly against her chest, she murmured a line.. And then uncovering the first dish on the table she said, "I wished her and now it's your turn ---A very happy friendship day Papa … " A long drawn silence was followed by a half-choked "happy friendship day Maya " from the other end of the dinner table. The two pairs of eyes glistening in the dim light met and shared a glance….

On the thirteenth floor of Sunrise Apartments, the cancer patient flipped through the pages of a plethora of memories as he slurped his dinner with his daughter.

None knew better than them how ephemeral these moments could be yet how eternal they were …. There was just a room faintly lit with candles, an ailing father and a young daughter and an inseparable bond of amity resonating in their hearts.

All other sounds were washed away by the soft humming of the music system and the city lights blurred in the distance as the skyline faded into the horizon …. And there they were… Against the backdrop of the night-city, the two friends sat at the dinner table ----laughing and crying and crying and laughing through the night……. THE END OR A NEW BEGINNIN... 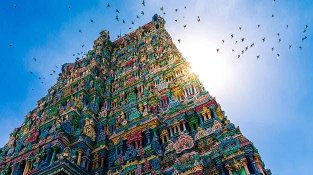 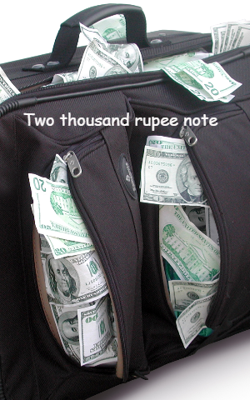 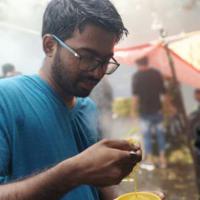