It was one of those after-school interactive times with the hostellers of Government Residential school, where I was posted as a Primary Teacher. I was staying in one small yet convenient quarter attached to the hostel. Almost every day I used to interact with them and get to know about their life in my free time after regular school periods. The hostel was for those students of class I to Class VIII who came from nearby villages. One day in an usual manner I entered the boys' hostel after school. A dormitory, where a total of 20 beds were arranged on both sides of the room leaving a corridor between beds to navigate through.

As I went in unnoticed and looked around, I saw some of them sleeping, some talking, some playing around and a few lying on their beds. The commotion in the room was exactly what anyone would expect from a boys' hostel. I observed for a few seconds and with a little loud voice I said," What's going on?" Suddenly the commotion subsided and all heads turned towards me. I continued, "Come here, children. I will tell you a story." I said as I sat on a bed nearby with one boy. The room again filled with their cacophony as they began to gather around me on the adjacent beds. They were sitting in close groups near me in a semi-circle-like arrangement.

The best thing about being with children is that they enjoy all the little things with all their heart and I too get carried away in their childish ways. "So what story would you want to listen to?" I enquired trying to blend in with their enthusiasm. "Ghost story", one screamed. Another one yelled, "please tell Avenger's story".So many voices with different requests. Unable to decide, I said, "today I will listen to your stories." There was silence again. I continued, "Do you believe in God?" "Yes," came the instant reply in a unanimous tone, but I heard some "Nos" as well, buried under the popular affirmation. Maybe due to fewer mouths. Ignoring the "Nos", I asked again, "Why do you believe?" "Sir, I believe in God because he saved my Father." A boy from the group to my left replied. "Okay, who is it?" I scanned around moving my head. "Tanu, is that you?" "Yes, sir," Tanu replied. A class VI student, he was a smart and talkative boy with a slender body." So, Tanu, tell us why you believe in God?" He actively slides himself forward pushing two in front aside and narrated his story.

"My father is an electrician. He is very religious and never missed church. He used to pray for all the sick and needy who approached him. Everyone in the village knows that he is a true believer. One day he was out on his usual duty. He took me along that day too, like many other days. A power line was broken from the electric post and was hanging due to heavy rain and strong winds. It is a common occurrence during the rainy season in my village. My father then climbed the pole to repair the broken wire. I was standing and watching him working on the electric post then suddenly I saw him rattling vigorously on the pole. I shouted at him, "Aboh(father). Aboh.." He wasn't saying anything but I knew he was in pain. His hands were stucked it seemed, and I could see sparks with smoke and there was a foul smell of burning flesh.

I screamed crying in panic, "Aboh.. Aboh..". As I helplessly watched him suffer, I was praying for someone to show up for help. After about a minute he was thrown away with a loud sound to the ground. He fell right behind me by the main road barely escaping a large stone. He was unconscious and the burnt skin of his right arm came off hanging like polythene revealing the burnt-out dark-colored flesh inside. His palms were badly burnt too. I didn't touch him because he taught me to avoid physical contact in case of electrocution. I was terrified and ran for help and found my uncle on the way. He was hospitalized for 2 months. He survived this wretched accident with a severed right arm below the elbow. God saved him." "I am sorry about your father, Tanu," I said. "Hope he is ....." "There's more sir, my story hasn't finished yet" he cuts me off. "Okay Tanu, carry on," I let him continue.

"My father once went out on a fishing day with his friends. He accidentally slipped into the river. Due to his severed arm, he couldn't swim and the strong river currents flushed him downstream. His friends tried to help but couldn't save him and they thought that he drowned. All the villagers came and helped but we couldn't find him. It was almost impossible to trace him with such strong currents of the monsoon river. But the very next day after almost 15 hours some people found him buried under piles of plants and bushes by the river bank about 5 km away. He was breathing but in very bad shape. They carried him to the hospital. He survived with a broken leg and other injuries. His belief and faith have again saved him.

My father is a living example of miracles, after that accident he used to visit Itanagar for regular medical treatment. Once, while going to Itanagar, the Tata Suma on which he was journeying, broke down. The driver was busy repairing the faulty parts beneath the vehicle and my father in a hurry drank the acid from a bottle kept by the driver. He didn't notice the bottle and took the battery acid for water as it was colorless. His mouth, neck, and some parts of internal organs got severely burnt by the acid. Everyone thought he wouldn't survive due to the severity of the internal injuries. But by the grace of God, he triumphed over death again.

It took almost 10 months to take him back home from the hospital. He was alive even after drinking ....acid. These days he is bedridden, he cannot move or talk. His officer has kept my mother in his place but she doesn't have to do the electrical works. She only does the cleaning and sweeping of the office.My mother and younger sister take care of him. I spent my days feeding and looking after him when I am at home. God has given him life."

"Okay, very good," I responded. "Hope your father recovers soon. It was indeed an interesting story." "No sir," Tanu interrupted with a dejected tone, "the doctor said that his chances of recovery are very low as his organs have permanently damaged. But we are praying every day to make him better. I know God will take care of him. After all, he saved his life..." He stopped and there was sadness in his worried eyes.

As Tanu finished narrating his story, I noticed the intensity among everyone with a plain expression on their faces, as if they were confused as to feel sorry for Tanu's father and family or to cherish God's grace for saving his Father's dear life. Tanu's story has moved us all. I don't know if this proves the existence of God or not, but the story was unbelievably tragic. "So, let's listen to another one. Anyone?" I broke the intense silence and we carried on. Diary Of A Sepoy 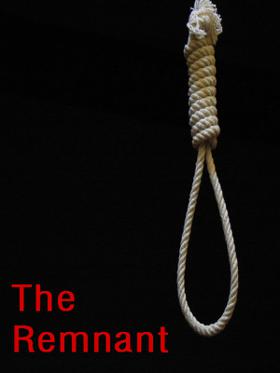 And The Time Passed by