DO OR DIE CHAPTER 1

DO OR DIE CHAPTER 1

Before 4000 years, India was rich in everything. The biodiversity, forest resources and natural resources. Everything was available in tremendous. But, once Mughal and British arrived, we all lost everything.

From natural resources to people, they started to exploit. We became a slave to them. During such times, there came two people. One is Siddharth Reddy and other is Keshava Singh Tagore. This one is explained by a Rebellion named, Dayalini Lakshmi Bhai(who is planning to voice against the British Government)

Siddharth Reddy was born in August 5, 1890 to a zamindar's family in Kannur, Kerala. His father Raghava Reddy and mother Lakshmi Reddy are the landlords, who collects money from farmers and give it to the British government.

Since childhood, Siddharth witnessed the atrocities committed by the British officials and gets angry against them. As his ideologies and policies are against British, Siddharth's father tries to warn him and locked him in his room.

But, he escapes from the house(to go in a ship) and joins an Ashram in Kannur, which thoughts about about ideologies of Bhagavat Gita and martial arts. There, he meets a guru named Chanakya, a Brahmin.

With his help, he learns the rigged and martial arts like Kataripayattu, Valari, Adimurai and Silambam. He trains up a few rebellions and forms a group of army, to rage a war against British.

Siddharth meets Chanakya and greets him.

"God bless you, my dear. All the best" said Chanakya.

Siddharth goes with his army to parts of India like Tamilnadu, Karnataka and Madhya Pradesh from the periods of 1910 to 1920. There, he learns that the problem is not only slavery. But, there also exists casteism, factionalism and political controversies.

Siddharth tells these quotes to his rebellions: "We must never give back our ideologies. Whatever happens, your quote should be: Do or Die"

"Do or die. Let's rage a war against British" said the commander. Everyone gives their hand.

British commanders and officers learns about the rebellions and orders their subordinates to find and arrest them, as soon as possible.

The subordinate John Abraham, plans to arrest them.

Learning that, the British officials are against their army, Siddharth seeks out a hide in the rainforests of Agasthiyarkoodam in Thiruvananthapuram.

From there, Siddharth writes articles, essays, patriotic poems and stories to the Indian Magazines. In those, "he reveals how India is being exploited by the British and how people are fooled by them."

Further, through his poem:

"In our country, what justice is followed;

Is this our country or someone else's;

Will we let someone in our house, who tells it to be his." He remarks Indian people that: "This country is our's and we have forgot it."

Days progress and Siddharth's popularity increases all over India. Many plans to rebel against the British Government. At that time, Siddharth meets a Malayali Girl named Ramya Nair.

He falls in love with her beauty and good nature. Ramya have escaped from her house. Since, her abusive father Ramakrishna Nair tried to get her married to a drunkard man. As he got killed by British officials during a shoot out, she escaped from there and lived in these forests.

They again goes to the other location Western Ghats near Meenmutty waterfalls, through a cave and lives there for a few months. Siddharth heals his wound, with the help of a neem leaf.

As he and Ramya felt hunger, they goes and sees a palm wine. They drinks it. Siddharth loses his stability and he ends up, having sex with Ramya, after striping her sari and making her nude.

Ramya regrets and cries for losing her virginity. But, he promises her that, "He would marry her, once his mission is completed." They both share kiss in their lips.

Soon, Siddharth, Ramya and his rebellion army shifts to Uttarakhand after being found by the British officials. There, he meets Keshava Singh Tagore.

Keshava Singh was an orphan, brought up in a Temple in Amarnath near Kashmir, by a priest named Dharma. He raised him by training him physically in Badrinath and thought him the martial arts.

Besides the martial arts, he learned the Epic books Ramayana and Mahabharata, under his guidance. Like Siddharth, he too rebelled against British Government with his troops and is now hiding from them.

Both joins together and starts to destruct the British Officials, one by one. They restigates the peaceful life of British people(from 1925 to 1929) and becomes a huge headache.

At the same time, Siddharth's father reads his quotes, poems and stories. He realizes that, "His son is right in his ideogies to rebel against the British."

When the British learned his change of heart, they kills him and Siddharth's mother with several of his family members. This news reaches Siddharth, through a letter, by one of his troops.

While he is planning to avenge his family's death, Ramya gets pregnant with his child. She reveals this to him. But, he tells her that, "It's not sure to say that, he would come alive after these problems" and asks her to take care of his child.

Siddharth and his army troupes kills the British officials in Kannur and further, warns them that, "Their fight for saving the country continues."

Meanwhile, Ramya assures Siddhu that, "She would raise him as a fighter, like him by thoughting the moral values, martial arts and valour."

Meanwhile, William David, the British governor of India, forms a meeting on 06.09.1925 with the British officers and officials. He tells them to arrest the rebellions and hang them.

But, before they can do like such, the duo enters into a British meeting cabinet and threws two grenades, thus killing a few British officials brutally.

Besides these, they further attacks the General John David for killing several people in a massacre. The Attacks insists a huge fear to the British officials.

Henceforth, Joseph Christ meets one of the rebellions of Siddharth named, Raghavan on 12.08.1928. He tells him that, "They would make him as a commander in their army troops, if he brings Siddharth and Keshav Singh to them."

Adored with the greed, he betrays the duo and takes the British officials to the place, where the duo hides.

They arrests the duo and before exiting from the place, he asks Ramya, "Not to forget her promise."

In the prison, both Keshav and Siddhu are tortured brutally by the British and in final, they are given death sentence.

As they are going to be hanged, the hanger asks the duo to reveal their final words to the people, before dying.

Keshav and Siddhu tells: "We fought against several British Officials. We tried a lot to save our India. But, our wish was not fulfilled. These British people try to keep you as a slave. Until you all change, our country never gets swaraj. I thought, 'We must save our nation, irrespective of anything. Atleast, try to realize your faults now and start your rebellion with the slogan 'Do or die.' Jai Hind!"

They both are hanged in the court and everyone cries after seeing their death.

Now, Dayalini tells her rebellions, "If they have not been brave, I would not have told this to you in either or planned to rebel against the British."

"Madam. Is this rebellation an end or beginning?" asked a girl to which, she replies, "Until we wipe out British from our country, it's not going to come to an end. We have to achieve this. Do or die. Jai Hind!" 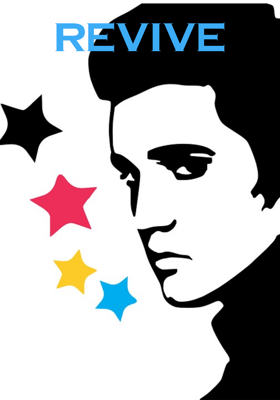