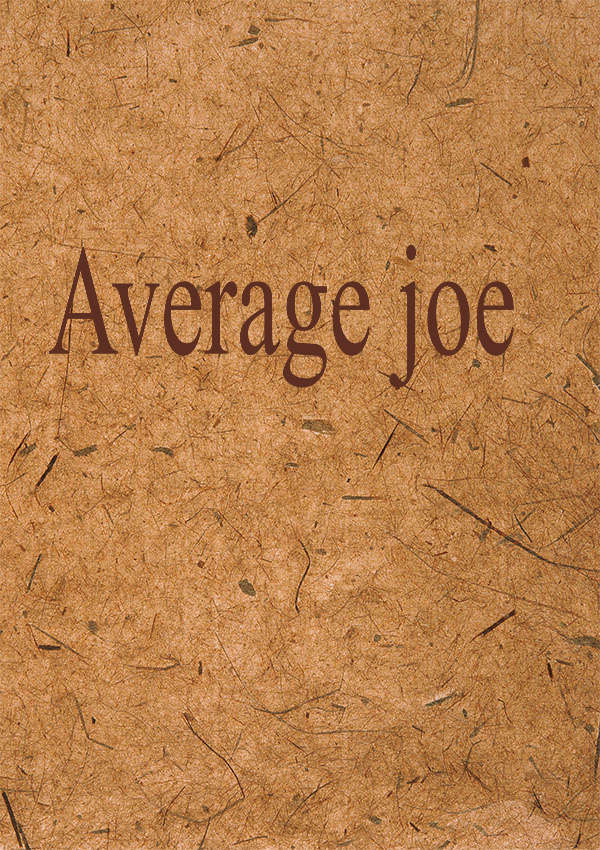 A usual morning, hefty afternoon, boring evening and lazy night. Joe a regular guy who is completed his studies with an average score which got him a average job just to meet his needs. His parents are well off compared to him and always try to persuade him to do something more and become better but our Joe doesn’t want trouble he only wants peace.

Joe isn’t an ambitious guy who wants to become someone great or a courageous enough to take risks for success. He just wants the day to pass and night to come. His life can be as boring as it can be, until one day an incident shook him to the core and made unambitious joe into a dangerous guy on the planet.

Joe is a guy with principles that he follows strictly and a guy with big bottom line. He isn’t easily offended but once he is, his grudges go as deep as depth of Tartarus. He is most friendly guy easy to approach but he is pride is hidden in his bones and not easily recognised but it’s weight is very heavy.

Joe is 6 foot tall , with jet black hair , crystal clear black eyes with an average face and built but has a easy going aura and a smile which make everyone comfortable around him.

One fine day as Joe was working in his office he gets a call. Joe picks it up but no one replies, he tells hello for few times and disconnects from the call But the caller was persistent and was calling with no reply. For some reason joe was feeling something was fishy with the call and blocks it on his mobile. He then finishes with his work at the office and returns home. He was shocked to find that someone broke into his house and thrashed the whole place but joe knew that there wasn’t anything valuable in his place and all the money was In bank. Joe starts thinking back to the call he got and he checks about the details of the number online and get a result which says THE DEVIL. He doesn’t think much about it until he finds the walls inside his washroom had the word DEVIL written on it in red ink.

Then his phone rings again but from the same number which he has blocked on the phone. Joe senses danger through his instincts. His gut keeps telling him that if he picks up that call now he will definitely be in trouble but he wanted to know what the other sides purpose was and wanted to find answers to his question. He picks up and says”Hello, is this the Devil!” .

After a period of few seconds the other side replies saying “do you want to change your life.” Joe was stunned silly he didn’t know what to reply he felt that there no purpose and meaning to live in life when everything in the world felt boring and uninteresting. He just wants to eat tasty food and save money for his vacations and travelling. Now a random call ask him does he want to change his life and he is stuck in dilemma.

He replies “Is this a joke cuz it’s not funny.”

Devil replies “Hehe, Don’t you want to change you life I’ll give a life full of riches and power. All kinds of Beauties will want to be with you and I have the power to make it happen, so do you want to make a deal with this devil?”

joe thinks for sometime and replies” why should I believe you and also why would you give this opportunity to me?”

Devils says” I made a deal with someone from your ancestors that I’ll help you that’s why I’m here. This conversation is already a part of the deal. So tell me your decision quickly.”

Joe thinks about it as there is not disadvantage in expressing his opinion he replies” Okay then I..........”

Joe wakes up from his dreams and sighs silently in his heart and goes back to his usual morning, hefty afternoon, boring evening, lazy night and THRILLING DREAM.