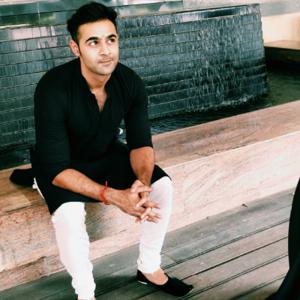 It was the last week of April. The sun was never so bright before. The wind blew gently and kissed my cheeks. I was delighted. It was a sign that this is the perfect day.

“Sir we are here”, said my driver. I looked at the building. ‘The Supreme Court.’

I remembered my first day here. It was my hundredth case and I was very excited. As soon as I entered the lobby I started looking for her. My colleague, Neha. She was my only friend here, in fact, more than that. I searched everywhere but she was nowhere to be found. A silhouette entered the corridor. My heart skipped a beat as I saw it coming towards me. But to my disappointment it was Justice Sharma, my judge for this case. Finally I entered the courtroom, disheartened. But there she was, dressed beautifully in a white saree. Her dark brown eyes met mine. She seemed equally excited. “I was looking for you”, I said. “You wanted me here, didn’t you?” she winked. How can she know everything about me? She is the smartest and strongest girl I’ve ever met. Losing father at the age of nine and taking up all the responsibilities of her mother isn’t easy. While I was looking at her I realized she already knew. Then why hasn’t she asked me anything?

“Go” she said interrupting my thoughts.

After a debate with the defence lawyer the judge made his judgement in my favour. Everyone congratulated me except her. Her seat was vacant.

Congrats! Come and meet me at the cafe in 10 minutes. There is a surprise for you.

I completed the formalities and headed towards the cafe. With every step, my heart was ticking faster. Nervous. Thrilled. Scared. It was a blend of emotions.

Neha was waiting for me at the entrance. She smiled and took me to the corner table. No, there weren’t any candles or roses or violin. But it was the best moment of my life. I tried to tell her what I feel about her but words failed me. “I know”, she said. I knew. She laughed sensing my anxiousness. “I love you too”, words came like water droplets from her mouth and I was drenched in her love.

“Manav!”, my mother shouted, “Stop day-dreaming .They will be here any moment. Get ready!” .

Neha’s mother along with their panditji is coming to fix the date for our marriage. I still can’t believe I’m actually getting married to her. When I told my mother about us she seemed really happy and she helped us convince Neha’s mother too.

“Namaste”, my mother greeted everyone. Neha looked stunning in her baby-pink salwar suit. Panditji was doing his work while I was busy staring her. We all were so happy until he told us that I’m a manglik and marrying me can harm Neha. Her mother was a bit hesitant but all she cared about was her daughter’s happiness and so she decided to ignore this whole thing. We got engaged the very same day.

Our marriage was fixed for 12th May i.e. two weeks from now. Everyone was busy in the preparations. Neha and I shortlisted the best shops for her wedding dress but I couldn’t join her for the shopping as I was selected for the National lawyers’ conference at Bangalore so she decided to go with her friends.

While I was at the meeting, I was thinking how my life took a turn. How Neha brought so much happiness in my life. My phone rang. It was Neha. I wanted to tell her about my thoughts. I excused myself to answer the call. I was puzzled to hear a heavy voice at the other end. “This is Inspector Verma. I’m sorry sir but we found the owner of this phone lying in a parking lot in a terrible condition. We suspect it to be a case of gang rape. She is admitted to the nearby hospital”. GANG RAPE! I was traumatised for two minutes. I immediately took a flight to Delhi. The 2.5 hour journey seemed to be never ending. The words of the inspector were revolving around my head. I need to know how she is. How can this be true? I wished for it to turn out as a nightmare. But it was reality. She was struggling on the bed of ICU.

My way was blocked by the police and reporters from many different channels. I looked at her from a distance. She was surrounded by the hospital staff. I looked at her face. I was filled with emotions. I wanted to tell her how much I love her. I wanted to make her believe that everything will be okay. The doctor came out of the ICU. I quickly wipe away my tears and asked him about Neha. “She has been raped by 4 men” he said ”She is not fit for any kind of mental or physical pressure”. I was taken aback. Her mother was sitting outside. I went to console her but instead she held me responsible for all this. “You are a manglik. It’s all because of you.” Every word she said pinched me so hard.

It was all my mistake!

I haven’t turned on the lights since I came back from the hospital. It’s late at night but I couldn’t sleep. Flashes of events of yesterday are haunting my thoughts. Every time I close my eyes Neha is all I can see.

How can everything change so suddenly? I looked at the wall. Neha marked today’s date with a red pen. We were going to be together forever but now everything is shattered. Why can’t there be a happy ending to true love? I thought about Romeo and Juliet and the other couples who never got a chance to be together. And now there is Manav and Neha. I went off to sleep, grief-stricken.

The next morning, although it was sunny outside it was a dark day for me. I went to see Neha. She was still under observation. I wanted to take her home with me but firstly I had to convince her mother that I’m the same me and no other person in this world can take care of her as I do.

I rang the bell for the fifth time and nobody answered the door. Without waiting for another moment I looked for an open window and jumped inside. My feet lost sensation when I looked around and I took the pillars support to hold my body straight. Her mother was lying on the sofa with a wounded wrist. I called the ambulance and took her to the hospital but it was too late. Her daughter’s condition led her to take such a drastic step.

“One after the other. What am I supposed to do now? “, I asked my mother shedding tears. “Make everything right.”, she answered calmly. I decided to do exactly what my mother suggested by taking up all the responsibility of Neha and her fitness.

I requested the court to grant me permission for her custody and I took her to the McLean Hospital in Belmont, Massachusetts, the best mental asylum of the world. Her treatment continued for about three years but we decided to settle there for some time.

Meanwhile, the police and I had been looking for those four men who made us all suffer so much. We found three of them but their leader was still missing.

It is a cold December morning. Today I’m bringing her back to Delhi. She is dressed in a black gown and is still the prettiest girl. “What’s wrong?” I asked sensing her nervousness. “I’m still not ready” she said. I took her in my arms and promised her that everything will be fine. We both had are eyes locked and for the first time in these four years I saw the same emotions, the same love in her eyes. My heart did a little happy dance but it was not the right time for this. I had promised myself to get her justice in the very first place.

We took a taxi from the Airport to my house. I didn’t want her to visit her mother’s death. On our way, I got a call from the Police station and was informed that the leader is under arrest.

I filed a case against them immediately. The date was due after 5 months.

We all settled down when the judge arrived.

“Under section 53A and section 164A of the code of criminal procedure and also section 354A , 354D, 307 which is attempt to murder I request the court to extend the imprisonment up to the remainder of the natural life or with a death penalty“, I said. The judge made his final judgement in my favour.

I did it. I made everything right. I was so happy. Neha was waiting for me outside. I went on my knees and pointed towards the calendar. 12th May 2015.

There’s always something WHITE in your BLACK day.