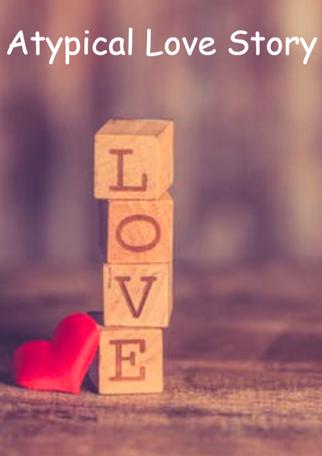 No idea if ours would be or could be called that.

Yes, a very mundane of a place and could be called ‘office romance’. But it was not that easy. We were placed in two different areas, outside the city. We seldom met. And whenever we met, we never had more than half an hour or so – over coffee only.

Call it cosmic coincidence or catastrophic but it was just that – hard and very atypical. Never knew that strangers and unknowns could find each other in the most banal way, where he distinguished me when I said I didn’t need a mic, as my voice was loud enough to go through a presentation; to me, the guy came into existence when I came to know his favorite series was Hannibal and when the guy shared one of the two remaining Eclipse mouth freshener with me. He didn't actually share, but gave me the entire box, and I took one as a reward for the bet that I won, challenging a whole group of guys in a car about a movie where my favorite actor had a part to play, who was coincidentally his favorite one too - Johnny Depp. I sat beside him in a car to go to a place for some workplace orientation session and we got to be in the same group to perform. Who knew that penchant for common things and odd tv series would initiate a bond and with time, we would find kin in each other?

Soulmates, that's what could be said in the closest sense of the word for nothing fitted the category. Back then I was the one who dwelled in shadows all alone and was heading into oblivion. Now I am not alone anymore, nor in shadows for he is there too, to hold my hand and guide me to light.

I still remember the first meeting, as he kept asking me to meet him for quite some time and each time I somehow found a reason and politely ignored him. Why wouldn’t I? I had this insecurity about him being a stranger and believed that if someone asked you to meet them persistently, you just should avoid them.

But then I gave in and met him and it was on the first meeting that I realized why I could not and should not meet him anymore, for he possessed the same darkness that I controlled within myself. He had this look of being lost and was constantly on edge and I could hear his chaos; it was like the static sound of an old TV set, when we had few channels and at nights when the channels got shut off or the weather got bad, there was this static sound that kept coming and it hit the inside of your head acutely, making everything intolerable.

I was so scared that I never wanted to meet him anymore and I did not knock him for the coming many days. He did not either as he became sick after that. But I had this urge to knock him and I kept a watch on the message box every day.

Then after about two weeks he knocked, and seeing his message leaped my heart rate to an erratic beat. We talked and this time when he asked to meet up, I agreed instantly.

Then one meet-up demanded the next and then it was every weekend and we craved each other’s time. During this one meet-up, we ended up hugging each other and there was a sudden pull within, some unknown and insane urge to protect each other from every peril and danger, yet my mind screamed two words – ruination and damnation. It’s true and pure of the words, for without each other, I wouldn’t have been able to understand how it felt to feel these shattering emotions, and in my case, I would have been damned without finding my ability to feel if not him.

Sometime it was only a day and at times, it was on both weekends that we got to meet. We almost left the hope when we were summoned to the city back again for a fifteen-day training. The schedule was super busy, but we somehow managed time for each other. Those fifteen days had taught us one thing – we should be together and that was the end to everything.

But I believe I fell for him on the first day when I met him – lost, insane and on the very edge, fighting a battle that I knew too well; not go of the demon but control it.

Our daily life was now an endless parabola where there is a maximum point and then the descent happened, leading to a minimum level. We realized that it was because of this – even if we were very common in many ways, but it does not mean that our thoughts would be likewise. Where I was the one who was conservative, but he was what could be said Freedom himself. He was strong and wise, and also with a little mix of eccentricity in his very own way. I was not the deviation to the rule.

From trying to explain the times we spent on these lands, and to the time when we felt the pull within ourselves, we learned this – our lives would be only described as a unified word: chaos, for nothing would fall into place if not the other one.

We were trainees in progress and our days were hectic, but we had found each other and our little glimpses during the work helps us a lot. It helped me find a heart that beats and it helped him see through my eyes and find things that my voice wasn’t enough to make him understand.

From every simple thing had he kept on saving himself from (be it work place or himself) he went through and some more and continues because it’s US.

Still we kept the contact, through letters that weren’t ever missed, messages that never went out of hand. There were ups and downs and differences, that we sorted through and as a result we became more connected.

We tried to find happiness in the little time we got while coming home and tried to understand each other’s’ perception about anything that conspired.

We hurt for each other, we craved and yearned for ‘Someday’ that would eventually come, but for now, we kept ‘hush hush’ about our problems. When anyone of us were hurt, we felt the pain. When one smiled, the other missed some heartbeats. And I intend to try to make it work for all my life. We crack insider jokes and talked about anything new and what came to our minds. Thus, we beat as one, remembering that nothing was ever enough for us.

And that was how we were and are in an atypical love story. We try to understand each other and it got us closer mentally. We could connect and understand in a way that led us to connect in quite a strong way.

Thus this love continues and our eccentricities and differences are becoming normal for us.

Our lives were mundane and busy, but we somehow made time and tried spending it together, be it a few minutes or an hour. For each other, we were breathing. But for me, he was The Freedom.