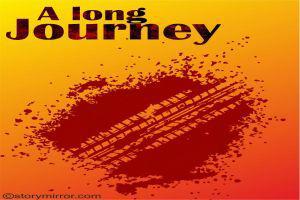 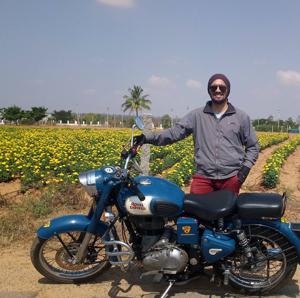 After he finished his strenuous work for the day, he reached for the keys on top shelf of his workspace. It was quite late in the night. He switched off all the lights and descended downstairs to exit his office, pinged his automatic car lock and found his car in the corner. An air of exhaustion as he whizzed away into the parallel street. With autumn all the tress had leased their leaves to the ground resulting in a quaint beauty of the eerie naked nature. As he drove through the boulevard, it was as if he was moving under a tunnel of wood, the trees with their empty branches embracing each other. The full moon shone above the trees, rays of white light piercing through the trees hit the ground making it look like a laser show. He switched on the radio, the only anodyne with him for the long journey to his house. A soothing journey with silence engulfing his car. With his favorite song on the radio he started humming along with it as he drove. As the song was about to finish, he heard humming from the back seat.. the tires screeching hard bringing not only the car to a halt but also his heart. A long journey indeed.