The Help From Hobby

The Help From Hobby

Sekhar had completed Master in Computer Applications in July'2002. Before completing the post graduation, he was in 6 months industry training in Bhubaneswar from July 2001 till Dec 2001. Sekhar on one fine day saw a small advertisement about a person teaching German Language in Bhubaneswar. Learning a Foreign language was always a point of interest for Sekhar in those days and getting a Foreign Language Training in Bhubaneswar was not an easy aspect. So, Sekhar thought that he will visit the Teacher near Old Town area to proceed further. Mrs. Nandita De was the Indian Teacher who had stayed in Germany for a period of Ten years and She gave the information to Sekhar that the fees will be Rupees Five Hundred per month to be paid in advance as students used to skip giving money after completion of classes. That was way back in July 2002. Rupees Five Hunderd in the year 2002 was a very expensive affair and Sekhar had to think about a lot because he hardly had that much pocket money left to sustain this additional cost. He did not discuss at home as well because he knew he will only get opposition. The July'2002 month went away without any decision.

Sekhar was busy with his internship training. In Aug 2002, one fine day a phone call comes from Mrs. Nandita De asking Sekhar whether he will be coming for the German Class. Sekhar immediately says Yes. And then he meets the Teacher and pays Rupees Five Hundred as fees as he had some amount with him. But what about next month is what he thinks. Anyway, classes start. First day was very tough. The German language is completely different except for the alphabets.S ekhar thinks whether he will be able to learn this language because it is so different. Travelling from New AG Colony near Kalinga Stadium to Old Town Nageswar Tangi (almost 7.5 kilometers) was not an easy affair as he either had to go by his small Toro Jazz two wheeler or his bi-cycle in the evenings after 7 PM everyday except Sundays. He decided that since he already had joined, he will continue the class because he was the only student of the Teacher. So, he got all the personal attention to learn the language.

Now was the turn of how to sustain the cost of fees till December 2002. So, he planned to start giving tuition classes to 2 school students of a local MLA at VIP Colony, near Baramunda, Bhubaneswar for a sum of Rupees Nine Hundred per month. He will teach the students for 5 days a week from 4 PM to 6 PM. This money along with the pocket money of Rs 500 per month from home helped Sekhar sustain the petrol cost, outside snacks and the German Training. It was a fun time because Sekhar was spending his own earned money for learning purpose. Please remember that learning any skill always helps at some point of time.

Months passed. Sekhar was able to pick up good German words like Guten Morgen, Guten Abend etc which are Good morning and Good evening respectively. Sekhar did not tell about this to his parents.Every day he will reach home by almost 10 PM because after leaving home at 9 AM for the training in STPI at CRPF Square, he will leave for Tuition classes at Baramunda and then from Baramunda to Old Town which was 8 kilometres away.

It was a tiresome time. Dec 2002 came and he had to bid good bye to his German Teacher. She had taught him very nicely as much as possible about German language at a fundamental level. Sekhar went away to his college to complete the MCA to pass out in July 2002.

2001-2002 was a very bad year due to the 9/11 attack in World Trade Centre in New York. There was huge job problem and Sekhar did not have the campus placement. So, he had to come back home to Bhubaneswar empty handed. He was somehow disappointed. Then he joined a local software firm for a sum of Rs 1000/- per month as a trainee. It was only for the conveyance expense. As days passed by, Sekhar gave an ide to his Manager to start the training in German for students. His Manager liked the idea and gave a small advertisement in local Odia newspaper The Samaja. Some 30 students enrolled and Sekhar was paid Rs 10000 per month for next 3 months. This was a good amount for him. Another college also invited him to teach German to their students where he was paid Rs 16000 for 2 months as a package. Till Sekhar had to get his job, he had to do this work.

His parents and relatives were surprised as to how Sekhar learnt German and then how he was teaching. Sekhar was teacher preparing slides and explaining students the language in Odia wherever applicable. He enjoyed this training time and he decided to move on as he had to search his software job. But this period from Aug 2002 till Feb 2003 was good period to be remembered.

He understood that if there is a will power, one can sustain any sort of difficulties he or she creates an opportunity for himself to showcase his skills. He is still in contact with his German teacher who has moved to Berlin in Germany. His hobby helped him to get a new identity.

Moral of the Story: One should never get disappointed of not having the necessary success. The person's hobby rescues if showcased properly. Learning should never stop in life. 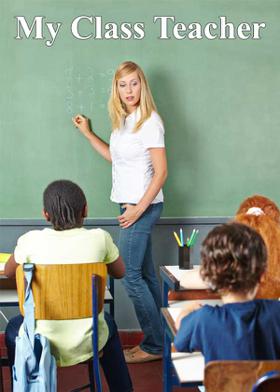