Once upon a time in Mathura, there was a small happy rich family. The couple had two pretty daughters.

The elder one name is Shine

She has a cute sister name, Rose.

As days were passing, the day arrived when shine was adorned in bridal attire, the palace was shining with lights, flowers, and guests.

And Shine was married to spark and she left for her house, after few years, Shine's father faced economical crises and their business was ruined and the couple married Rose to a poor guy in a hurry and bid farewell to this world.

Shine became a victim of status and because of Rose's condition, she broke all her relations .she has only loveSHIE for status.

She used to insult Rose's fate, and Shine husband met with an accident and now the Entire property was in the hands is Shine. she had 2 children one is a boy name Star and a girl named Pinky.

One day due to fortune Rose's husband was diagnosed with a Brain tumor, and he had to undergo surgery immediately. Rose rushed to Shine for help but she threw Rose out of the house saying she is no more her sister.

And due to crises, Rose's husband passed away and her condition became worse. She started to work as a maid In houses due to unexpected conditions she was married in young age being rich but her education was incomplete so she found no job. She has complete faith in God. She believed that God will never do anything inappropriate with Anyone.

Daily she used to have only one meal a day to fill the stomach of her children.

Years passed on kids are now grown up. and There was an announcement about the marriage of Shines son Star Entire town was invited. So Rose decided to Attend the marriage and she selected best from her old closet and get ready for the event.

And when Rose Entered the

The venue, Shine started to speak to her like Who invited you?

Can't you see your standard?

And she even kicked her out of the venue! All the events were noticed by Star. but he stood calm.

Rose left the venue with losing all hopes to live, she wiped her tears and decided to end up her life. she started searching here and there for something which would make her die. She saw a snake lying on the road

She took it and went home, and she cooked up the snake curry .when kids asked she said it was a fish and she served them, as soon as she took a piece of the snake to serve into the plate a sound is produced"tak"

It was sound from those pieces, she immediately washed them and they started shining. She took 1 piece to a

Gold Smit for confirmation and to her surprise it was pure gold.

She sold few pieces and started a new start and in a while, Shine's husband was died but transfer the entire property to star. As he has no faith left in Shine.

Here Rose to start growing rich, she bought the property which was theirs in the past and started a fresh start, and Shine was kicked out by her son and daughter_in_Law.

And learning about the achievement of Rose approached Rose, Rose took good care of Shine, And Shine asked Rose for forgiveness and their bond flourished.

One day Shine asked the reason behind the success of Rose .and Rose narrated the incident of the Dead snake.

Shine thought why can't she do the same? And she ordered few workers to find and bring a dead snake.

They finally killed And brought a snake, she cooked and realized that it was poison not any gold and she remembered her cruel behavior towards Rose and her entire family. She fell on Rose's feet for forgiveness and from that day they lived happily. Star revealed his plan to unite both sisters and he was welcomed by Rose.

Moral: Belief in self.

Don't make your relationships based on Economic status.

Don't hurt your loved ones.

God has decided to do best for you don't quit. 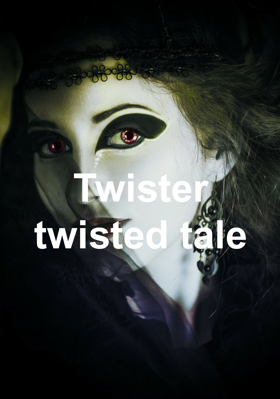