I see Sushil the blue monkey sitting near the pond with it's back towards the pond and tail in the water, its tail has two horizontal stripes of orange and yellow color, and there come 2 little cute monkeys they are Sharan and Kumar. These two little monkeys are Sushil's children but their color patterns are not a percent same, Sharan and Kumar have a light brown color and do not have any stripes on their tail.

This was a happy family but now they have to be separated because Lara had died who was the leader of the group, and now the new leader is Bhaskar, Bhaskar has a set of a new law which says there will be no male teen in the tribe and as the male gets into teenage they will be expelled from the tribe old can live in the tribe.

Chairu was wise and he has gathered all the teenagers and enhanced their hunting skills, but a few weeks kara has overthrown him, kara is a good fighter. Both of them got the lowest position in the hunter's group whose leader was Chairu who helped then a lot. Within a few weeks, they got a good position due to their good performance, and next week both got an upgrade to fighting members who get extra food and in return, they have to protect the group.

Kara does not have any intention to return back whereas Chairu wants to return back to his family and tribe. And here Sharan and Kumar see a chance to return back to their father. Although Chairu is good with his planing strategy but not that much power to overtake the Bhaskar and on the other hand kara was powerful to do so but he was not good at strategy and to return back Sushil and Kumar have to plan something to bring Kara and Chairu under an umbrella. They played a trick with both by telling them that both of them are quite dumb because they could've concurred the whole jungle but they just want a small patch of bachelors. It took Sushil and Kumar more than a week but they succeeded.

After 2 weeks they attacked the tribe and there is too much bloodshed many of the revolutionaries who directly attacked Bhaskar got killed by him but when Bhaskar and Kara started fighting the game started changing, kara and the revolutionaries started dominating but even Kara is getting injured, Bhaskar attacked Kara's neck and bites him and blood started running from his neck and soon he got covered in red, but Kara is also giving injuries to Bhaskar he attacked his left leg and right arm and blood also covered Bhaskar's hand and leg. But at last, kara successfully killed Bhaskar but got very badly injured from where recovery is not easy.

So, he appointed Chairu as a leader of the tribe and Kumar as Chairu's assistant, and Sushil as hunters head and dismisses all the laws imposed by Bhaskar. 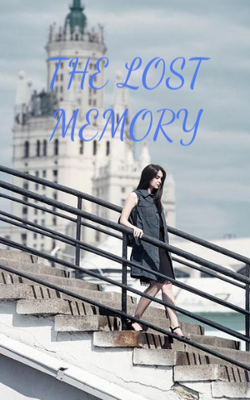