"Evacuate Phoenix within 300 galaxy hours or be ready to die.." The message was decoded by Bon, a computer program.

One by one, 'They' were conquering the galaxies but no one had courage to stop them.

[ Silence spread all over "Phoenix". The crew was under a huge tension. ]

Bon: Dr Oshion and Dr. Samu are on the way to Phoenix and will reach in 24 minutes..

Drick, I want to talk with the Bots of VSS (Virgo Stellar Stream). Drick, will they come?

Drick: I have already informed them and asked about the security from Blue. I am in touch with them.

Saki: Nice. We have no option.

Saki: We are meeting after a long, Dr Oshion, Dr. Samu.

Dr Oshion: Hmm...yes.. (showing some pictures). We have no time. Look at this... This is the place from where we have received the message. Bon, elaborate them..

Bon: Senorita, those are Mikons. Their evolution is surprising on a meteor Sien in the Black-Eye Galaxy and now are living independently in the 4th Black Hole. The species are most intelligent and growing fast. They are aggressive, ambitious and wanted to rule the whole universe. The place is impregnable.

Dr. Samu: Bon, try to trace the movements from the Black-Eye, Sien and the 4th Black Hole.

Don’t worry, friends, we have prepared. Now, we are not remained those who are made to live under the rule. Ampi, show the plan..

Saki : Doctor, who is Ampi? Sorry, but nobody is Ampi here. Who are you calling?

[ Dr. Samu was talking. But to whom with? Everyone was confused. All of them had seen only Dr. Oshion and Dr Samu. Then who was she talking with..? Suddenly, a creature with wings, looking like a fairy, appeared before them having a hologram in her hand. ]

Mr. Lee, she is one of our invention, and you are going to see many more on Blue.

Ampi: Friends, this is the place from where the messages are coming. We are here. It will take 230 galaxy hours to reach.

Commander Lee: But, how is this possible?

We have to go to Blue back within 40 minutes.

Saki, give the whole report about Earth. And immediately call Josh.

Saki: Yes, Mam.. Mam, three fourth of earth is under 'their' attack. Only 105 are survived. All are from WSC (World Science Community).They are hidden in a bunker in the forests of Panama.

Bon: I wonder, how anything is penetrating the tremendous energy of a black hole..Miks are moving in and out of the Black Hole so easily.

Dr. Oshion: Mr. Lee, arrange to bring the survivals from the earth.

Josh (2nd Shield Commander): Hello, Dr. Samu, Dr. Oshion. What are the orders for me?

Dr. Oshion: We have a very little time to save the survived on Earth. You have to go and bring them safely. Dr. Samu will be with you.

[As their ship comes out of Phoenix, a bright blue circle appears and the ship disappears in it. The crew members on Phoenix were surprised to see this.]

Saki: Doctor, what was that..? Where is the ship?

Dr. Oshion: Chief, Mr Lee, that was a portal and we are also going through a same portal to Blue. This is our invention which made us to establish a supreme power in the universe and helped to form IGF.

[ Dr Samu and Dr Oshion were the first inventors of teleportation. They were able to go into any dimension in a short interval of time through it. ]

Bon: Senorita, a fleet of some objects is coming out of the Black Hole and it’s moving towards earth and Phoenix.

Dr. Oshion: My goodness…Bon, try to reach Dr. Samu and make a contact with her and alert them. Show me the status, immediately. Saki, prepare to leave Phoenix. Alert all the members.

(The message was copied by Parth)

Bon: I am failing to establish a contact, Senorita Oshion, they have not reached Earth yet. They are on the way to earth.

Dr. Oshion: Mr. Lee, make sure that all the survived are reached at the hidden place..quick..

Commander Lee: Yes Doctor. They all have already reached and are ready to leave.

Bon: Chief, Drick is on line.

Drick: We are safe. The survived are boarded but we have been observed by the securities. We have destructed their system in the encounter. Now, we are moving to Blue, here is Dr. Samu….

Dr. Samu: Don’t worry Doctor, we will be on Blue shortly..the whole planet is under Mikon’s influence. We can't stay here any more. See you.

(Parth informed that the shield was activated.)

Saki: Doctor, what is the next move..?

Dr. Oshion: They are, now, coming towards the Phoenix and Earth. Phoenix will be their first target. So, alert the crew to get ready to leave Phoenix.

Bon : Senorita, the Mikons are 15 minutes away from Phoenix. But they are stopped there. One of the ship is coming forward… Some powerful waves are approaching towards Phoenix.

[ With a jerk, the spacecraft started moving in the space ]

(Bon was not responding)

Commander Lee: What’s the matter…ohh..shit… Chief, the system is damaged. Bon is not responding. Parth, is the shield activated…?

Parth: Yes Commander…but one of the board is damaged…I don’t know how but something wrong is happening.

Dr. Oshion: Don’t worry, it’s the impact of the waves. Parth, turn the ship towards the fleet of Mikons..

Dr. Oshion: Do what I told you.. take the ship towards the leading Mik.. Mr. Lee, open the top panel and wait here till I come..

Saki, as soon as you see a bright blue circle, enter the ship into it..without wasting the time…ready?

[Dr. Oshion went to the opened panel and did something with a device in her hand. A huge blue circle appeared before the ship. Saki moved the ship into the circle. The whole ship was now disappeared. No one from the crew had an idea of what was happening. ]

Dr. Oshion: We are moving towards Blue. Now, we are in a portal tube. They will not trace us. They will destroy Phoenix and we will reach on Blue.

Commander Lee was wondered. He was speechless. ‘how genius the doctor is…!’ he was saying himself.

Dr. Samu (on the screen): We are on Blue…. Mikons have destroyed Phoenix.

The species are traced. But it is hard to reach the source. We are not receiving the signals from Reg. (it’s an invisible spying device travels with the speed of light). All the members of IGF(Inter Galaxial Federal) are called.

[ Dr. Oshion was calm, thinking. The ship landed on Blue. ]

[ The crew members were touching Blue very first time. everyone was amazed to see Blue. Really, it was a dream world, the dream world of Dr. Samu and Dr. Oshion. They had spent 30 years to build such huge and heavenly piece of a thing 400 years away from the earth. It was a secret mission assigned by BUSI (Bureau of Universal Security Intelligence). At the meet with Drick and Saki on Andromeda and Messier 81, they received the message of demolition of BUSI by ‘them’. But, the invasions of the unknown species demolished everything. From that day, with the help of Messier 81, Messier 82 and Circinus Galaxies, the doctors worked on the project and brought their dream into the reality. These two doctors were most respectful among all the known galaxies. Blue was the first most advanced artificial a small planet which was made undetectable. Other galaxies were at the door of Blue for her technologies.]

Pob: Doctor, we are on the edge of the source but what is that which is not allowing us to enter?”

[ Pob, the Chief of the Planetary System was the resident of Andromeda. The doctor smiled and moved towards the assembly hall. The members of IGF were already gathered at Blue with a short notice. On the entry of Dr. Samu and Dr. Oshion, all the members stood up and greeted them. ]

Dr. Samu: Brothers, we are here to remain united in all odds. ……’They’ are seemed to be impregnable. But, we are strong enough to face and to conquer them. Brothers, Blue is ready to attack on the Black-Eye, Sien and the 4th Black Hole in the next 200 hrs. Blue will not allow anyone to spoil the peace in the Universe… 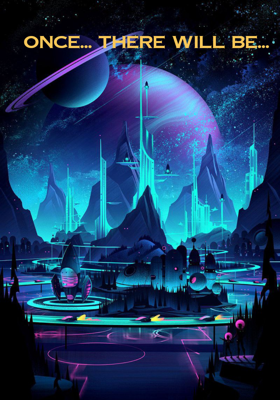 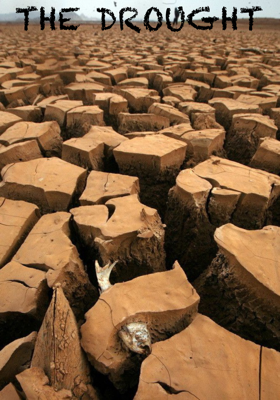 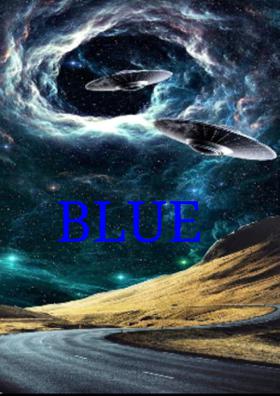