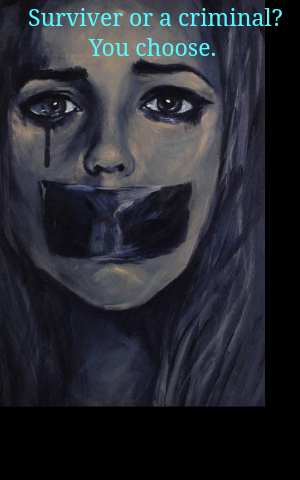 Survivor Or A Criminal? You Choose

Survivor Or A Criminal? You Choose

Crumbling inside to know that he wouldn't.

Her every step backwards pushed him more closer to her.

A beautiful day was now in the arms of a demonic night.

He grabbed her and took out a handkerchief to tell her, the demon is about make his possession on her..

But, she still continued to scream through her eyes.

Body was about to give up,

Anger inside her bursted out in warm tears

That were trying to comfort her.

Her beauty was about to fade in some unusual ways.

Torn clothes were lying on the floor demanding justice for that innocent.

But the dignity rolled itself into them to prevent anybody from seeing it.

The demon was now full.

His hunger was about to vanish.

Without letting his pride shatter, he made his way to his original life, burying all the bruises that he got.

It was now time for her to join those pieces that he incessantly kept breaking, but the Hopes of a new life kept them awake for a long time.

She carefully went on to her clothes that might have showed their outrage but felt defeated.

Dignity was now undeniably in shock..

Still, the voice of senses kept assuring her to take a step.

Walking for the first time, felt like it was her first day.

But there was no one to hold her hand and that made it uneasy for her to walk on the path to home.

But she was unstoppable.

They no longer showed longing for her daughter.

Fathers pride overshadowed the love for his daughter.

And siblings were sent to the different room to not let them see the bleeding me, weeping me....

The real trauma began when they summoned me to stay quiet.

Stay quiet because she was a girl.

Stay quiet because it's her fault.

Stay quiet because marriage is not a thing for her now.

And stay quiet to please those people who are going to use her as an example for their daughters.

And the dignity that she was keeping safe, now fell on the ground.

And the power to hold it again graved itself.

She regretted going out to feed her poverty stricken family.

Maybe her still breathing was a blessing in disguise.

Maybe he trampled on his body but her breathing was reluctantly argued and stayed.. Once Upon A Tiger 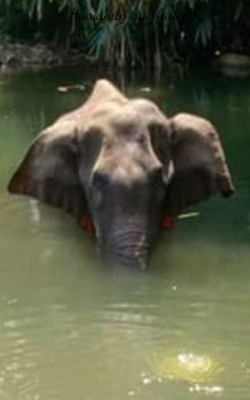 I'm Not A Body To Use My Body Is Not Your Terri... Are We Safe At Home! Say No To Acid Attacks Return Gifts to the god