Amit first saw the music video of Michael Jackson's Thriller when he was four years old. It was at the moment, he fell in love with dancing. Amit was a jovial person till school. But when he went to college he developed a frictional relationship with his father. The reason was Amit's disinterest in academics. His poor grades affected his family life and also took a toll on his mental health. Soon Amit who was the life of the party became someone who liked to spend his time within the four walls of his room. He grew distant from his family, his peers and his dance. The person Amit loved the most was his grandmother. He used to share everything that happened during his day with her and she was also the biggest fan of his dance. But he didn't share what was going inside him that time. Since he never really spoke to his father about what he truly wanted to be, he continued to pursue the route which he thought is appropriate. All his life he thought pursuing your passion won't bring in any money and he should be reasonable. He didn't know if it was right or not but he knew that he wasn't happy. He couldn't talk about it with anyone as he thought he's just being foolish. Amit didn't dare to pursue his dreams so he decided to crush them himself. He stopped dancing and focused on his studies but his grades were below par. Amit's self-confidence kept decreasing and he kept forming more and more walls around him. One day he decided to run away from home. He didn't know what to do or where to go but he knew he had to escape. His mundane life was something he wanted relief from. He packed his bags and decided to leave early in the morning before his family woke up.

He used to eat in his dinner in the bedroom every day so that night his grandmother came to his room.

'Amit are you awake?' she asked.

'I've made some kheer for you.'

His grandmother's kheer was his favourite, he used to ask her to make it for him almost every week when he was younger.

He took the kheer while has grandmother sat beside him with a worried look on her face.

'Why don't you dance anymore Amit?'

'I don't have the time anymore,' he replied.

'How are your studies going? Nowadays you don't talk to me about how your day went'

'I get home very late I didn't want to disturb you'

'You can never disturb me Amit. I liked it when you talked to me about things, now you don't tell me anything.'

'What can I talk about grandma?'

'Maybe you can start by telling me why were you packing your bags earlier.'

Amit didn't know what to say, he couldn't face his grandmother. He was too overwhelmed and felt tears streaming down on his face.

'I don't know what to do, I made these walls around myself but now I feel trapped,'

'I can't do this. I tried but I'm not able to, my grades are horrible and I feel nothing besides being a huge burden on all of you,'

'I thought I'm being reasonable and this is what I should do for a secure future but I miss my dance.' he replied.

'You're not wrong Amit, the career you want to pursue has a lot of struggle and hard work but you have the potential, I see it, you have it in you to become something. Why are you doing something which makes you so unhappy? You've to work hard in anything you do Amit, there are no shortcuts. Therefore, you should work hard doing something which makes you happy. You should tell your parents about this too. You and your father may not be on the best terms right now but I know if you will talk to him he will listen.'

'I don't want to sound like a failure.' replied Amit.

'Failure? Look around your room Amit, to whom do these trophies belong? You're a brilliant dancer. This line is secure or not is something you will find out later but it is something which doesn't make you build those wall around yourself. This is your passion and this where you shine the brightest.'

'I hope to but I'm not sure if I'll be able to achieve what I want.'

'You're the best dancer I've seen. You maybe even cross Govinda for me.'

'I know you're lying, he's your favourite.' chuckled Amit.

He then hugged his grandma and started sobbing. He felt as if a huge weight had been lifted off his shoulders.

'My silly grandson. You don't have to go through anything alone we all are here for you. Always remember, kabhi kabhi sirf baat karne sai hi kuch kuch theek lagne lagta hai. #SeedhiBaat karo hamesha. Anytime you feel like it's too much come to me or anyone whom you trust. Just talk.'

Amit thanked his grandma and promised to never hide things from her.

'Grandma, you will join me?'

'Why just because I'm old I can't keep up with you? Or are you just scared I'll be better than you?'

Amit chuckled. He played Thriller and taught his grandmother some moves. At that moment, Amit felt the same happiness he felt when he first heard that song. 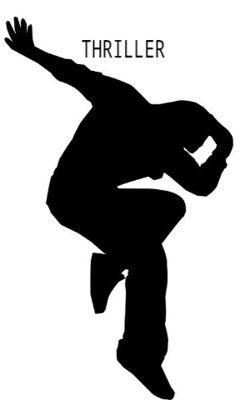