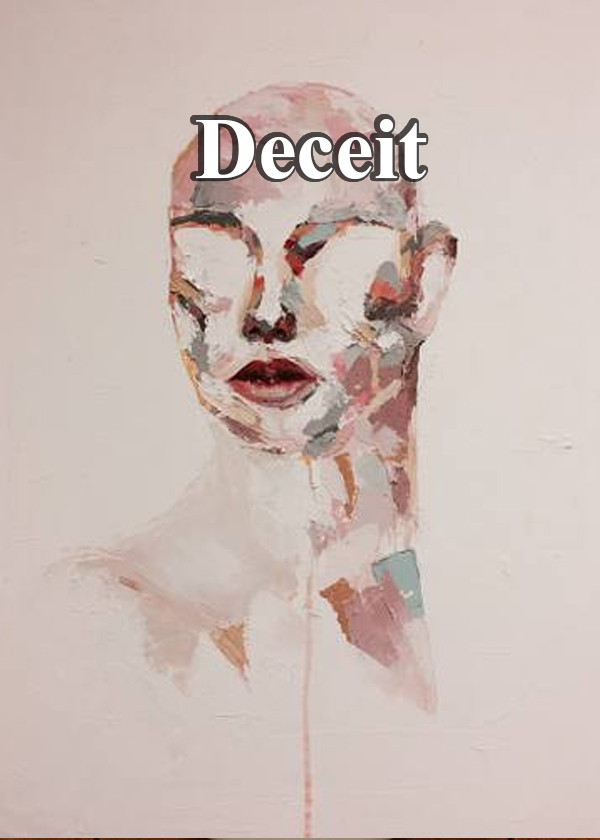 It was 7 o'clock in the morning, the bell of Tambeshwara temple was ringing loud. There was a crowd of devotees in the temple. Salma is seen entering the sacred ambiance of devotion and pure environment. Salma had a flower basket in one hand and the carpet of Lucknow on the other hand. Seeing her coming, the women selling flowers by the side of the road, passing through the front of the temple, began to shrink their noses with hatred and jealousy. The reason was that till all flowers of Salma were sold, hardly anyone would go near them to buy flowers, especially unmarried youth and the middle-aged men. Probably the fault lied with Salma because she was beautiful like an angel. The people coming to the street never moved forward without their sight falling on her.

Salma was blind from her childhood but looking at her bright lightening eyes, anyone can get duped. Salma's old father shed tears of helplessness, lying on bed, on the fate of his beautiful daughter. Salma could not see those tears, but can make out from her father's behaviour, and could understand everything. Then she made her father understand that she was capable of taking care of herself.

Salma never complained to her father about the mischief faced by her, as she felt it was no use. While walking gently on the road if someone touched her cheek, or her slender waist, she would sit in fear. This was the sign of her helplessness and innocence. Like every day when Salma came out with a flower basket from her house, the voice came from behind.“Salma! Stop”, this was the voice of Bhanu, son of the priest of Tambeshwar temple.

Salma stopped, and to recognize the voice, started looking around.“Salma, will you be my friend?” Bhanu asked with his innocence. Salma did not reply. She smiled and proceeded. The hint was enough. Today Salma was making garlands of flowers smiling. She was very happy today, because for the first time someone, from among the men, had asked her to be a friend without teasing.

Salma, who used to sell all the flowers in one hour, could not spend the time today. She wanted to go home early and think of Bhanu. Thinking about this, the feelings of love developed in her for Bhanu spontaneously. Today her condition was such that someone had burgled her treasure of love, she wants to find out that thief with full perseverance. Probably this is love.

The flowers were sold, Salma walked towards the house, as if her steps were flying along with the wind. She had the feeling of Bhanu walking with her. Today, she had tremendous power and courage in her. She wanted that someone to tease her and get a befitting reply, but it could not happen.

After reaching home, Salma, sitting in the courtyard and washing her face, told father,"Father, on my way today, the basket of flowers fell down colliding with a cycle when Bhanu came to help me”. After telling this she kept her ears ready to hear about Bhanu. “Oh Dear! Are you hurt?” He asked in a hurry with choked throat. “No, Dad !”, I only became sad. “That’s OK” father replied, leaving a breath of unease.

There was no gain by Salma’s lie. She could not hear what she wanted to hear from her father. With a heavy heart she went for cooking.

At the intersection, Bhanu was smoking cigarette with his friends. The head of these spoiled prince was Bhanu, so the topic of discussion between them today was ‘Salma’. All of them started giving their views on Salma. "Dude, she, being a Muslim, is spoiling the business of other flower sellers. We have to evict her out from here.” It was the expression of Ramu in anguish. His mother had shops of flowers and laddoos in front of the temple. "There is salvation inside the temple but the devotion is only outside. By evicting, will we be righteous?" These words of Mannu made everybody laugh and they assured him that they had not become completely unrighteous.

Bhanu, who was looking at the other side, knowing well his status, said arrogantly, “Look, dude, do not engage on mere gossip, behold there, Queen Sallo is coming. Throwing away the cigarettes all stood still in attention.

“Salma wait!” saying this Bhanu ran towards her.

"Let me hold the basket, we are friends now" Bhanu tried to take the basket from Salma's hand, Salma moved out.

"Take this" said Salma, giving a rose to him.

“Only one!” Bhanu asked mischievously."

The boys should keep only one flower with them." The answer was sharp, Bhanu could understand it. "OK, we will meet again," saying this Bhanu left the place to reach his friends. He began narrating fabricated story to them.

Salma started feeling good about Bhanu’s wait at the intersection. Bhanu came to her as a child and asked innocent questions everyday. Salma often gave a short reply with a smile. Then he would leave her with a smile The daily meeting of both of them turned into a relationship.

It was a day in May, the heat wave had started from the morning. All flowers of Salma were sold out. As soon as she got up to go home, the heat wave took a violent form and the dust carrying wind forced the people to enter the temple or nearby houses for shelter. Bhanu caught Salma's hand and brought her to a distant house and left her there. Seeing Salma, his friend quickly left the dilapidated owner-less house and went away. “Please come in Salma” Bhanu called from inside the house.

“No I am fine” Salma told, adjusting her hijab. Her hijab was the protector of her flower-like face.

Bhanu caught hold of Salma's hand and made her sit inside the room, over a wooden plank covered with dust. The flame of the lamp, burning in the room, appeared like a genie and got brighter. Salma was frightened from inside but there was no sign on her face. She had immense faith on Bhanu. “Where are you Bhanu? Have you left?” Salma searched him all around with her hand. Without giving any reply Bhanu caught Salma’s hand. Salma huddled herself. The genie inside the room began laughing with its broken teeth. Laughter raised the heat of the room..“Salma! I love you very much. Bhanu whispered in her ear which subdued the laughter of the genie. Salma got up. Bhanu grabbed the hand of Salma and pulled her towards him. The eyes of genie grew large; Salma was now struggling due to her imprisonment. The genie was applauding, the lamp burning in the room was being drawn towards Salma, and everything inside the room was going on as directed by the genie. After hearing a sharp scream, the genie got scared and crouched at the corner of the room. Bhanu opened the door and went away. The storm also fled away grabbing the shrieks in its paws .

The next morning when the priest went inside the temple, Salma was found hanging from the Trishul like a pellet drum (Damru). The priest immediately removed the corpse and placed it outside. There was a crowd of devotees with plates of worship outside the temple. Bhanu was seen in the crowd.