There was one small village, where farming was the most convenient source for income and for living. Some had more acres of farms whereas some had less.

Families used to exchange the food grains and other crops with each other. And the excess crops were sold in village Mandi. Mostly all families were living happily.

There was one family which had many members. Mother, father and seven sons they had. They were happy and wealthy family. Their main profession also was farming as they had ample of fertile land and besides that they also had fruit gardens of Mango, Gauva, lemon, oranges and some other fruits.

Since the time of their great grandfathers this family used to give foodgrains for whole year's use, to five poor families who didn't have farms. Also they used to give employment to many villagers for working in their farm and gardens.

As years gone, four sons got married out of seven. Family was bigger now. There were grandchildren also now in family. All were living happily.

One day farmer and his wife heard some whispering in daughters - in - laws and sons, some gossip or talk was going on. So at the time of dinner when all came together as usual, farmer told his sons that after dinner I want to talk to you all.

As decided he called all members of the family except grandchildren. He asked his daughter - in - laws first that if they have any problem? Do they want to talk about anything? But all 4 of them didn't say anything but just looked at each other.

Then farmer and his wife asked his sons to talk so elder son said with a bit hesitation that, “our family is now growing and we have to do lots of adjustments. We will live in the same village but give us our independent share in property and farming so that we can live comfortably. "

So both farmer and his wife said, “Ohh, this is the problem???? And so you were whispering amongst yourselves since few days??? Ok. We will find out the solution very soon."

The very next day morning farmer said to his sons that, “today I will also come with you all to our farms.”

They thought that father has taken our demand seriously and we will now get our separate share. All went to farm, Farmer asked his sons to bring 2 wooden sticks each. They all got it from their fruit tree garden, so farmer said. “Keep one stick with you and give one to me ". So each one gave one stick to father.

Father said that whoever will break the bundle will get share from my farm. Each one of them came and did the same thing. But no one could break that bundle...now father asked them all, “did you get the purpose of my telling you to do it????

If we are single or one we are weak but if united, we remain strong. So everyone was feeling guilty about the demand they put and the way they thought.

That same year there was very less rains so the production of few crops was less as compared to previous years, but they had enough food grains in their storage so family didn't face any shortage of food.

One daughter - in - law was pregnant and the village had a small dispensary. Hospital was in nearby town which was few kilometers away. One night she was to be taken to hospital as she had labour pains so her husband ask for help from his brothers so they all helped him to take his wife to hospital as it was raining outside and going by four wheeler was not possible due to construction of roads was going on.

Many such incidents make the sons of the farmer realise that there is no need for division of property and farms and fruit gardens. Because united we can survive and become strong by helping each other. And also celebrating joys of life together.

Now father and mother understand the need for more space in house and independence and privacy that each son requires. So they plan to extend their house by using extra land they had in the surrounding area.

One day farmer calls a well known architect to come to his house. And tell him to make a plan and drawing for extending house by using extra land and also to build one floor on existing house so that all the sons and their children get independent rooms, also by taking in consideration the additions in family after 3 unmarried sons get married and have their families. Also a big storage room they ask to build with modern technology to store their food grains and crops.

Farmer calls his daughters- in-law and his sons and show them the drawing and plan for extending house. They all agree to it. The new house gets ready in next six months time.

This way farmer his wife and his seven sons and their families live together happily. 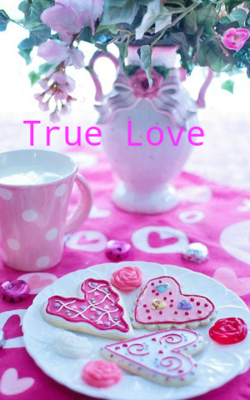