After a long sleep on a sunny evening, I switched on the television to watch news. While switching between the channels, I stood still for a second, seeing a girl's picture with headlines - "Girl among the first 10 rankers of one of the most prestigious country's examination - 2019". I have seen her somewhere and tried recalling my memory. To confirm that it was "SHE", I went inside the bedroom and opened the cupboard, where the dark blue colored book was lying.

Two months ago, I shifted to this new flat as it is near to my office and I can leisurely go without struggling in the huge traffic under the hot sun. One weekend, while arranging my things in the cupboard, I found this dark blue colored book. I opened it to know what the book is all about, a torn page with ink-spreaded all over it and photograph fell down!. Then I understood that it would be the personal dairy of the previous tenant. I know it is not courtesy to read someone's personal dairy, but I couldn't control the human curiosity in me, which forced me to atleast read the page which was lying on the ground.

A page from her lost dairy -

Jan 1st, 2018 : Lot of questions arise whenever I 'm alone. The one that ranks first - "Is marriage really necessary in one's life ?" Well I would reframe the question - "Is marriage needed for a girl, and most importantly for a girl like me, to live in this so-called 'patriarchal society' ?" And the answer which I always receive is -"Yes, of course, you need someone in your life to share all your emotions - happiness, saddness, fear, anger, disgust, contempt etc.. So, as every girl dream, I too dreamt, that there would be a guy, who would love, respect, support, care me all my life. With much excitement, I started searching for "him" , but everytime my instincts would say - "No, its not the "He", whom I'm wish"!! In addition to this, most of the time, the reason why I was being overlooked, is losing my parents at early age!! Knowing this as a reason, I have asked one of my friends-"What if I have lost them after marriage?" The reply I received from him is - "That is where, they stand in the level of maturity, in this so called 'civilised society'(which is assumed to be built with values). He, who is really worth of you, is on his way, to meet you soon". I can easily understand that, he said so, just to console me - as what else can he say other than this! Again a bunch of thoughts arose in my mind - "Marriage - which brings in you lot of responsiblities, right from becoming a crucial part of unknown person and his family, adjusting and accustoming to their traditions, raising a child and moulding him/her to do what his/her heart chooses, and what if they grew up and leave you in the midst- while chasing their dreams.. what is your life actually meant for??!!! My brave Heart says let me find my purpose of the life.. Besides this, my timid brain asks me other queries - What does the society think of, if you don't get married at the certain age (which is predefined in our so called Indian culture) and crossing it.. is a big curse? Will you be respected among your relatives? More often, the comment that I hear is - may be she has boyfriend, so prolonging her marriage. Moreover,everyone will become your unpaid marriage advisor! Oh God, I'm really vexed of many other such weird comments which pass my ears and enter into heart causing the psychic illness. Let me chase my dream which I have stopped for awhile, just guide me to reach my destination!

I saw the agony in her writing and felt bad for her. I placed the page back in her dairy and kept the dairy to one corner of the cupboard, and continued arranging my stuff.

It was the same girl, whom I saw in the television a few minutes ago. I rushed into the hall to listen to her speech, and to my surprise she spoke what is written in the torn page and finally ended her speech "Search for the purpose of your existence and mine is to serve the poor".

But, will the God, whom she trusted the most, leave her without a companion as such?!!

While she was busy chasing her dream, he took her parents' duty and during her training period, he made her find the so called "He" for whom "She" has become his World

When its your turn, all the positive energy in this universe strives to make it happen. Be calm and just wait for your turn!! 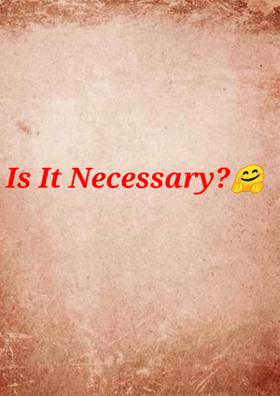