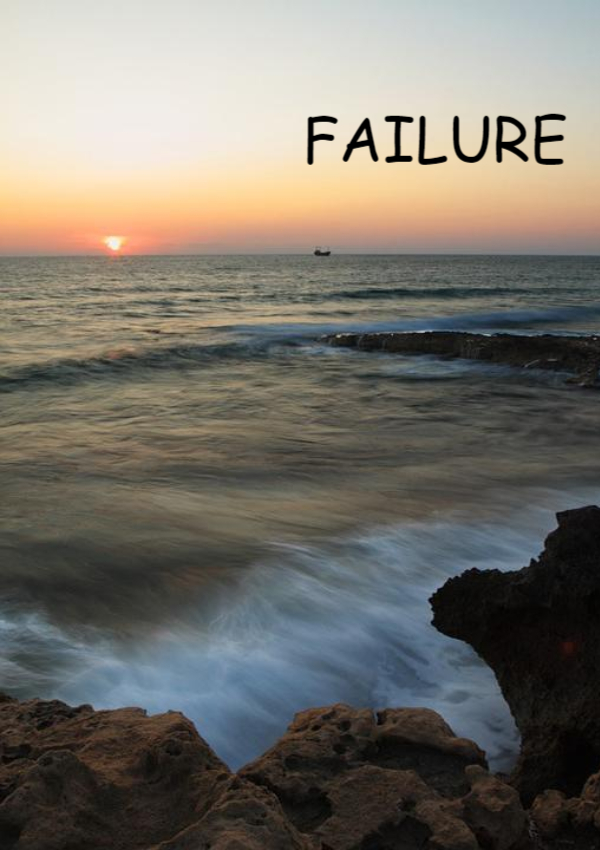 Failure is nothing more than a new opportunity to correct our mistakes and proceed ahead by learning something new.But ,when the remarks of people sting you like beetles, it becomes quite difficult to cure the wounds of hopelessness.But,remember it's just difficult, not impossible.

In the most crowded metropolitan city of India, we find a teenager sitting on the brown sands of Juhu beach, his face flooded with tears and,mind swimming in the ocean of sorrow. The disheartened boy soon gets up and runs towards the roaring sea, going in the refuge of waves, one who could only understand him and help him stay away from nettles of scorns and nasty remarks. His tears mixed with the dusky waters of the sea as he pondered over his memories.

His mind reminded him that it was running out of good memories and the moments which he hated most had overcrowded there.He could see a figure hurling his answer sheet towards him, it was his mathematics teacher Mr.Venkat, whose name came on the first position in the list of most hated people hated by the boy.The words 'fool'.' dumb fellow', 'stupid', and a score more of words were making his tears unstoppable and the feelings rose to the worst altitude...

His teachers never left a chance to pass an insulting remark on him...Not even his friends paid any heed to his feelings and kept away from him, leaving him alone in the darkness of loneliness.

"I wish I hadn't a dumbo like you, Raj in my class.You are seriously good for nothing, a failure indeed." is what his class teacher said. Her few words had given rise to a multitude of bitter feelings in his heart.Even his close friend, Anand had deserted him just because he couldn't score good marks and failed in the exams. Having one's best friend blaming you for being a failure and behaving such had shocked him to the core.

No one in this world seemed to like him.Not even his parents could console him.Instead, they declared that they were ashamed of being parents of such a worthless, hopeless child.For his younger brother, the stream of affection and loved flowed out, but for him, they just had pricking thorns of anger,scorns and shame...It seemed as if  the whole world had a hidden enmity for him.

While his tears of sadness mixed with the waters, his misty eyes caught the sight of a small girl selling peanuts near the shore.He could see the discontentment in her face, as everyone frowned at the poor kid.Her eyes were unlike his eyes, no tears, and no expressions at all. He wondered whether the gloom cast on her face was due to some hidden sorrow.

The one who suffers (what you are suffering from) is the best person at the present moment, he is the only one who can understand your sorrow...So, He made up his mind to share few words with the girl...

The girl was surprised at this.No one had ever spoken to her in such a polite way. For a lapse of seconds, she just stared at him.His dried tears and sunken eyes could not go unnoticeable.

"Were you crying?" questioned the girl in a timid voice.

This question set him back.Seeing someone cares about his feelings made a tear come out on his cheek.

"Do you like beaches?They provide such a spectacular view."said Raj, changing the topic.

"Not quite, I just come here to earn something so that I can ..."

And before she could complete the sentence, her eyes got misty with a river of tears.

Raj thought it better not to urge her to tell the thing.He just smiled at her.It had been days since his lips had curled up in a smile.

"Come with me." she pleaded in a soft tone, wiping her tears away.

He glanced at his watch.It was still 4:30.Would he get late, oh, don't bother about it, after all, whoever had a concern for me?...And so not pondering over it anymore, he just followed the little girl. He even didn't feel it important to ask where they were going.

They entered a small lane,(it looked more like a slum)and after taking a few turns, the girl entered a small house(the conditions of the house-made it unworthy of calling it a house), which stored nothing more than a torn old mattress, a broken jar, and few tarnished things.

Had they barely reached the house, the moans of a boy (screaming in pain) echoed in Raj's ears? He could see a boy, of his age, moaning feebly in pain and screaming at times(when the pain became unbearable.).

He knew what he should do now.Though he knew there were the least possibilities in making the plan successful, he found nothing wrong in giving it a try.He just asked the girl to wait and his legs sped off towards the main road.His faith made him believe that he will surely get some help.

He knew the old building, it was a clinic of a kind-hearted doctor, who he had frequently visited when he was sick.Being an expert in first aid, he was famed among the residents of the main road. He paced up a few stairs and pushed the cabin door.

" Doctor, it's urgent. please come with me. A boy's ill.His condition is worst." Said Raj, all in a breath.

Dr.Khanna was quite surprised to see the boy. In fact, Raj was huffing a lot due to his long run.So, the doctor pushed forward a glass of water.

" Drink it. Take a deep breath, calm down and then tell me what's the problem" said Dr. Khanna

After catching his breath, he told every minute detail of what he saw at the house. He pleaded the man to accompany him and cure the poor boy.At first,Dr.Khanna showed reluctance, but then agreed and took with him his medical briefcase.

So after a half an hour, the doctor's sympathy had brought a ray of hope in the girl's mind.Crores of blessings were flowing out of her eyes for the doctor and Raj. Seeing her brother recovering, relief filled her heart.She could still remember the day when her mother left this world due to severe pneumonia. Their helplessness due to poverty had reduced the chances of revival...And then what she feared had exactly happened- death! But now, she had her elder brother with her. She couldn't find words to thank the doctor and the boy for curing her brother.

Her heart was beating with gratitude for Raj, who had achieved success though he was taunted as a failure...Raj was now gazing at the setting sun from the small window of the poor house...How the sun was spreading the shades and tints of beauty in the sky. And like the setting sun, he too at the time of saying goodbye, spread colors of joy and happiness in the sky of lives of the two poor kids. Forgetting about the comments of people, he beamed like the sun...Today, he had found someone else - his own self, which was quite different from the one which people thought him to be... 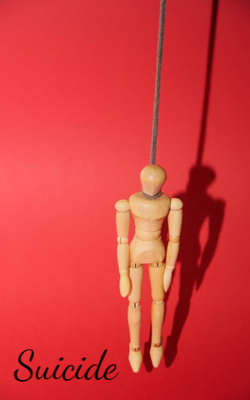