The air is bitter for such a nice day, though it's never been particularly clean for a place like this. There's always something... wrong, picked up and carried in the wind, be it a piece of rubbish uselessly tossed to the side or a fellow human, withering away on the streets with their only company being their self-pity and jealousy. The lines between the two blur.

There a man sat on one of the doorsteps of an abandoned liquor store, his clothes rugged and his appearance disheveled. He looks as though he hasn't had a decent shower in years, and his beard almost reaches his lap, clearly not a choice to have been grown, and he looks frozen half to death. He's one of the cleaner ones of this area.

I'm cautious to ask anything of him, you never know when someone could blindly attack you, but he doesn't look the type. It's all well and good anyway, I've done a lot to survive. Killing a pitiful homeless man out of self defence isn't below me. I kneel down to his level, my knee joints popping as I do, and his eyes meet mine, glassy and lifeless.

"The cleaners are coming soon, old man, you best leave," I say, but we both know I'm not asking; he doesn't have a choice. He either leaves and dies, or he stays and dies. I've grown numb to the knowledge of it.

"Got nowhere to go," He mutters sadly, but I've got no sympathy for people like him. I've met thousands the same, some even cried, begged, for their lives. I've grown numb to that, too. I give a brief nod and stand up as I hear the familiar ruckus of the cleaners, on their merry way to do their job. And what a nasty job it is.

I tend to ignore the screams these days. I have enough repeating in my brain as it is.

It's only when everything is over, and when I've tuned it all out, do I realise that once upon a time, I knew him. Somewhere, at some point. It doesn't make much of a difference. Dirt is dirt, and that dirt is gone.

I continue on my way home, a shabby place, but it protects me from the cleaners. That, and the fear they all have for me. They can't do shit, but they delude themselves with thoughts that they can. Everyone does that, but dirt is dirt, and diamonds are diamonds. They're all made up of the same thing. 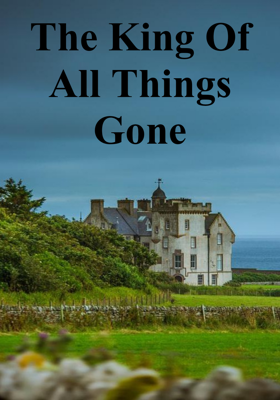