Seasons change for a reason; the everlasting fragrance of the petals,

The morning dew capturing the shelters;

Jerry provides the blankets on the shades of the cows and the farm covering,

Ah! Such a well pointed job to the life of the animals protecting!

The dark clouds hover again and again on the Xander farm,

The mother goose sounds for her children and calls them home;

The ducks do similar and the ponds crowd on the shore;

The Xander farm foresees a time to wrap up to the core.

Long across the valleys in Himachal Pradesh there stood a beautiful greenery village named Ambala. There were not many residents in the village around 2000 people resided with their small livelihoods. The people of Ambala were very considerate, humble, and giving in nature. One major difference which one finds was the Barter system which still resided in many parts of the village. People exchanged their farm’s products with each other and thus induced strong relationships with each other.

One such house and family was Jerry’s family. Jerry’s family consisted of his small brother and his father and lots of animals and birds which they considered no less than their family. Jerry loved his brother very much and cared for him much. Jerry and his father worked in their fields and farm right from the dawn breaks. He named the farm “Xander’s Farm” because he was very fond of the King Alexander story and used to recite very frequently to his brother. When it came to diversifying the duties – his father will plow the fields right from dawn. They grew rice, pulses, sugarcane, and groundnuts. He was really a hard-working person and mostly couldn’t devote more time to his sons. The duty of the farm usually fell on young Jerry’s shoulders. He also prepared supper for the family and the animals. Morning food and lunch were prepared by Jerry’s father and he kept in small boxes before leaving for the farm.

Xander’s farm usually was the place where Jerry put his more efforts and love. He loved to interact with the animals. The farm consisted of 2 cows, 2 buffaloes, 3 pigs, 3 ducks, 4 goose – a mother goose and her children, and 5 hens. Every day Jerry will prepare fodder for the cows and buffaloes, grains for the ducks and hens, and some vegetarian fodder for the pigs. Whenever he is feeding them he will make sure he talks to them and makes conversations for his daily activities. Ah, there was another angle as well where he spoke to them- there was a girl in the neighbor’s house – they similarly had a farm – Jerry often used to walk down the house with certain manures and pesticides so that he can have a reason to have a conversation with her. Ah yes, it made him very comforting! Yes that comforting piece which everyone wants to keep somewhere close to himself/herself.

Yes, life was pretty well –although most efforts for better harvest and settlement but fewer complaints!!!!

About the first week of November, Jerry went to the post-box at the house gate to check or collect if they received any letters or stamps or agreements and invitations – the usual work and sees a letter from the state government. Firstly Jerry was really not sure what that letter was as they had no cases underlying with the law of the state or any pending life issues- he was really confused. He took the letter and kept on the table of the drawing room-waiting for his father to come and sort it out. Later he went to the farm as he had to prepare for the evening supper for his mates at the farm.

That evening Senior Jerry came to the house with a shovel dressed up in mud layered boots and shirt and noticed the letter on the table. He went straight to the washroom and undressed and worn clean clothes and came back to the table with a cup of tea. He started reading it. Meanwhile, Jerry also crept in!

“What is this, father? Morning this letter came when I went to check the mailbox”- Jerry spoke.

“There is some rough news son”- Father replied.

“Our Xander Farm, our house is in danger. This land where the farm and the house resides is owned by the Government. When my grandfather started residing in this place, they didn’t have any papers or law abided people to name this land under us and then eventually it went onto crooks and then government had taken over since there was never any documentation although we bought it at very low price at that time – at the same time I am not much sure if there were any money transactions on our land. “- Father spoke.

“I am really uncertain about our holdings in this going ahead. Tomorrow I will approach the court and try to figure out if there are any ways to come out of this danger and protect our farm”- father added.

Jerry saddened. There were no words he could speak as if the entire world had broken into pieces in front of him. He imagined his beloved animals, his fields their harvest – they can’t simply vanish in some days- how can he contribute? What does he do?

“Is there anything I can do father, can I accompany you tomorrow to the court?” Jerry spoke.

The next day, Jerry prepared all fodder and food very early in the morning and cleaned the household and the farm. They started their journey to the city.

The entire day was spent connecting to the law officials persuading them to take up the case and filling up forms and documents. A young lawyer finally took up the case and convinced them of the ways and rules of how they can keep up the ownership of the farm and the house and filling up some government papers where they needed to file a heavy fine levied upon the entire family for years. Father agreed to take up a loan on this since they didn’t have much money – it was the way, he knew!

The next few days went on full tension and heavy duties running to the city, filling up more documents and due fines which they needed to fill in the coming years. An evening came when father and son sat together to have some tea and started a conversation.

“I have started the loan, dear, and I will make sure till the time I am alive I am keeping your Xander’s farm intact and full of procurement “– Father added.

Jerry slept peacefully with his brother that night.

The dark clouds that hovered Xander’s farm couldn’t be said vanished but yes it faded and brought some pink colors to the household which indicated nourishment and fulfillment. Jerry and his father awaited the New Year! 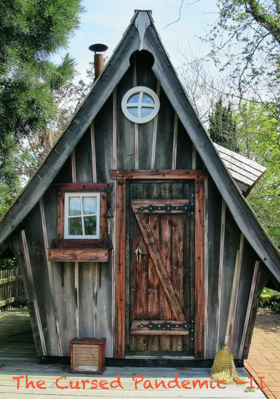 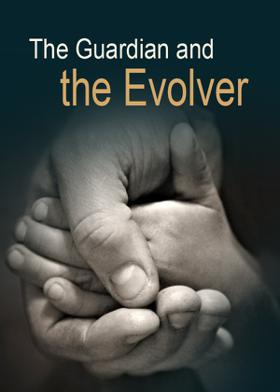