Back To The Past And Boomerang!

Back To The Past And Boomerang!

The shops in the entire McLean Street were closed. There was not a single outlet which was open. It was around 1 AM in the night. There were returning from a friend’s place which they went for dinner and drinks and were walking right across the roads. The streetlights were also off and it was quite cold in the part of Birmingham city. Talking about them, it was Masie, Arnold and Suzanne who were cousins to each other. They lived together in a joint family in the same city. They were about the same age and always jammed together.

As they were walking the streets, Masie spoke:

“These streets are so dark today. I am not able to see it properly only. Is there a power cut off in the city today?”

“I didn’t read any of such news in the paper today”- Arnold replied.

They were walking and talking about the highlights in the party at that time when suddenly they found themselves swirling through a tunnel. The voices made no less effort and shouts were on the top level. It was a manhole.

They were inside the tunnel around five minutes, faces; bodies got covered with mud and filth. What was this! To the courtesy of time travel, they found themselves landing up in the era of 1970’s inside of the garbage dumps in the outskirts of the city.

“On the service of the Majesty and the Princesses “- spoke the voices. There were two men and two ladies dressed in royal English attire welcoming the royal lad and the lasses. Masie, Arnold, and Suzanne looked at each other, they had nothing to speak. They were surprised, startled and trying to figure out what the situation is all about? They also checked for marks in the bodies but to the surprise, they were not hurt with any bruises in the body. They were expressionless.

“Welcome Sir Edward Long, Miss Elizabeth Murray and Miss Jennifer Holmes to the wedding of the youngest prince of the Royals” They await your presence.

Masie stopped and spoke “Can we have some time together? I need to speak to Edward before going for the wedding”. They drifted some part from them to a corner.

Suzanne added “I don’t feel to go back. I will live here like a princess or a queen with all facilities the new people. I don’t have to think about a single penny here”

Have you guys gone out of your mind? The moment they get to know that we are no royals, they will hang us. This all is really cool: the gowns we are wearing, the necklaces, the royal clothes, and the food served but we need to go back. We have our family and friends there and we will always have the fear of death here. Let’s find a way “– Masie spoke continuously.

The next few hours were spent eating lavish food, good treatment and lovely royal greetings. Masie was really worried about what’s up next and how to go back to her time. She noticed a dwarf in the wedding. She kept her eyes on him sometimes. She somehow thought this person can be of some help to them. She started following him.

Coming to the end of the castle, the dwarf bumped to her.

“Who are you?”- The dwarf asked

“Can you help us?”- Masie replied. Masie narrated the entire incident. She disclosed everything.

“This is a rare problem. I have heard about time travel but this is astonishing. Meet me at 2 AM with your cousins down the Castle road. My friend and I have a machine back in my yards and it’s really old. We need to start that and try with your time.”- The dwarf replied.

Accordingly, they started to his house as planned and saw two dwarfs working on an old-time machine. They were startled again.

The machine swirled and swirled.

Masie, Arnold and Suzanne opened their eyes. They were lying in the Birmingham Street. It was 1.30 AM on their watches. They were back.

Masie shouted and smiled and they hugged each other. They directed towards their home. Was this a fantasy? Was this real? 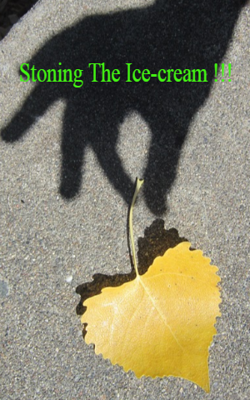