This swing of the pendulum between passionate pain and calm detachment,

between lyrical abandon and philosophising,

between love of my country and mockery of patriotism,

between an itch to enter the lists and a longing to remain wrapped in thought,

between the dream to come wrapped in a tricolour and urge to live for the nation,

Struggles my patriotism and my nationalism!

This mockery of society between secularism and nationalism,

between love for my citizens and respect for my religion,

between the riots and march pasts,

Struggles my patriotism and communalism!

between the terrorist, the nation splitter, the power-hungry and the republic, as Ambedkar envisioned it,

Struggles my patriotism and my extremism!

Far from all this all I have got to say is,

We few, we secular, we happy few, we band of brothers,

For the one who sheds his communalism and blood for the country, will be my brother.

For yes, it is this where patriotism is here! It Did Not Happen Overnig... In Search Of I Coming Back To Life 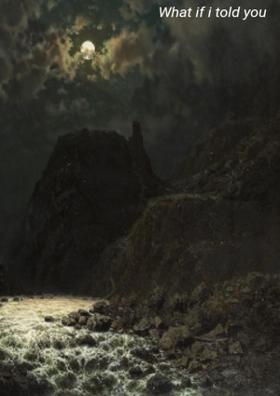 What If I Told You Confession Of The Morning... Song Of The Awakened Just The Way We Are…Undon...